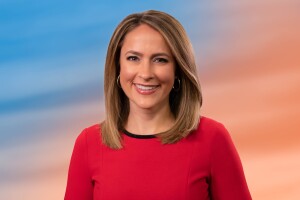 Jennifer joined the 3 News Now Team in August 2012. She describes herself as a Midwesterner down to her core.

As a working mom, she aims to cover stories that impact people in our community. She started a series called "Your Family Now" to highlight the incredible ways families are making a difference in the Omaha area. Jennifer is honored that this job allows her the opportunity to take part in various community events and fundraisers.

In order to tell the best stories, she wants to hear from you!

Jennifer is an Emmy-award winning journalist who came to KMTV from KSTP in Minneapolis-St. Paul where she worked for more than six years.

Jennifer says it’s the day-to-day storytelling that she cherishes the most. “I never take for granted how people are willing to share their triumphs and tragedies, and I consider it an honor to pass along their messages to you.”

Jennifer started her broadcast career in her home state of Wisconsin. She co-anchored the No. 1 rated morning show at WAOW in Wausau from 2003 to 2006. She grew up outside Milwaukee and is a 2003 graduate of the University of Wisconsin-Madison. She hopes you don’t fault her for her Badger roots. She still cheers on the Huskers when they're not playing the Badgers.