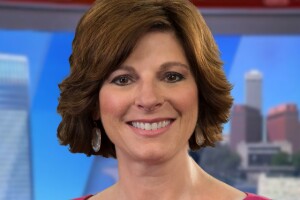 Jennifer has experienced just about every weather condition that you can imagine, including tracking weather along the Gulf Coast during hurricane season in Mississippi, Louisiana and Texas to covering blizzards in the Colorado and chasing tornadoes throughout Oklahoma and Nebraska.

Jennifer was born in Cedar Rapids, Iowa, but has lived in many states and cities across the U.S. as a young girl and throughout her career. She is also an Emmy-award winning meteorologist as well as one of Colorado’s broadcast meteorologists of the year.

Jennifer's career has spanned three decades and she feels honored to be able to share her love and passion for weather with students. Whenever she gets the opportunity, she enjoys speaking at schools and mentoring anyone who has a passion for weather and science.

One of her most memorable stories that she has covered was flying in a hurricane hunter aircraft that was porpoising along the California coast line while monitoring an advancing storm system. Jennifer has also covered a 100-year flood event in Texas brought on by tropical storms; took part in a high water rescue; and was in the middle of a Christmas blizzard. One of the most tragic scenes she ever covered was the 2014 tornado that struck Moore, Oklahoma. It produced horrific damage, and she hopes to never see anything like it ever again given the number of lives that were impacted.

When she is not chasing storms, Jennifer loves to travel and spend time with her husband, Jim, and their teenage son, Jordan, who plays soccer. They also have a Yorkie named Teddy Bear.