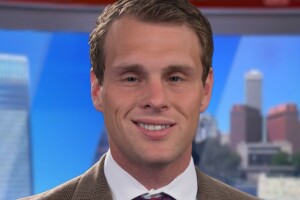 Jon Kipper is a multimedia journalist who joined KMTV 3 News Now in April 2018.

He was previously a news and sports reporter at News Channel Nebraska in northeast Nebraska, where he also called live high school and college sports. But while at NCN, he caught the "news bug," covering many rural communities across Nebraska. Jon covered courts, severe weather, politics, and schools, winning the news media award from the Nebraska State Education Association in 2017.

He is a graduate of the University of Nebraska-Lincoln in broadcast journalism, with minors in history and political science.

In his free time, you can find Jon at a concert, or following the Huskers, Green Bay Packers football, and Seattle Mariners baseball.