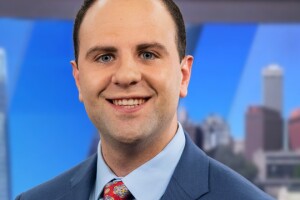 Phil is no stranger to the state of Nebraska and Huskers sports. Prior to joining 3 News Now, he worked in Lincoln for two years as a sports reporter at KLKN-TV. While in Lincoln, he covered the NCAA Men’s Basketball Elite Eight, the College World Series and countless NSAA state tournaments and Huskers games.

Before moving to the Cornhusker state, Phil worked for two years at KOMU-TV in Columbia, MO as a sports multimedia journalist.

Phil’s passion for sports extends beyond the newsroom and the playing fields. He has presented research on collegiate athletics at the College Sports Research Institute and North American Society for Sport Management conferences and helped coach the University of Nebraska’s club lacrosse team.