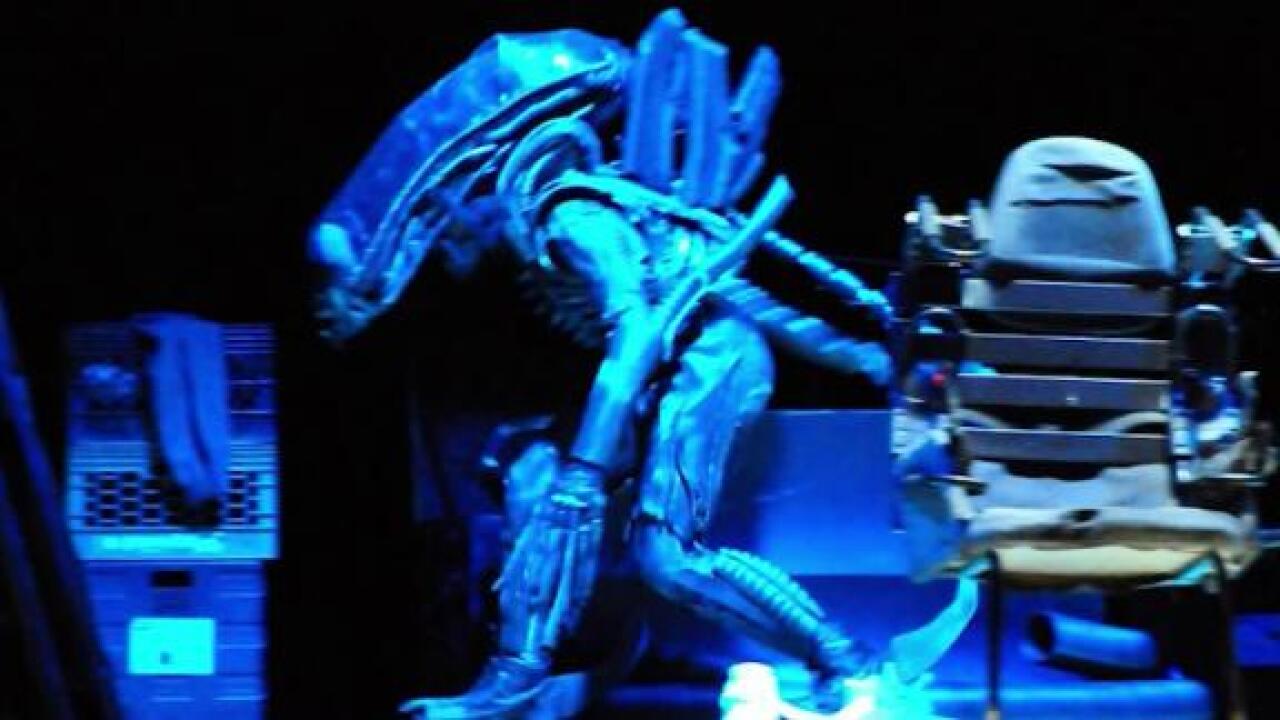 A high school production of the iconic 1979 movie "Alien" has burst onto the scene and even garnered Hollywood's attention.

Drama club students at New Jersey's North Bergen High School went all out for "Alien: The Play," including an elaborate alien costume.

Glitch CEO Anil Dash shared a photo of the get up on Twitter.

"Everybody is (rightfully!) very excited about the North Bergen High School kids' version of Alien, staged as a high school play, with all props made from recycled materials," he tweeted.

The Ridley Scott-directed science-fiction horror film stars Sigourney Weaver and centers on the crew of a commercial space ship that is invaded by a deadly extraterrestrial.

Justin Pierson, a senior who worked on the sound crew for the play, told NJ.com that students got creative with the set design.

"This is going to sound really funny but (the set crew used) garbage essentially," Pierson said. "Just anything that was lying around like cardboard and metal."

The students even put together a trailer that lives on YouTube.

The ambitious high school production caught the eye of some in Hollywood, including "The League" star Paul Scheer, who tweeted about it.

"Can't stop posting video from this," he wrote. "Alien needs to go to Broadway NOW! (But only with HS kids)."

Watch the trailer for "Alien: The Play" below.