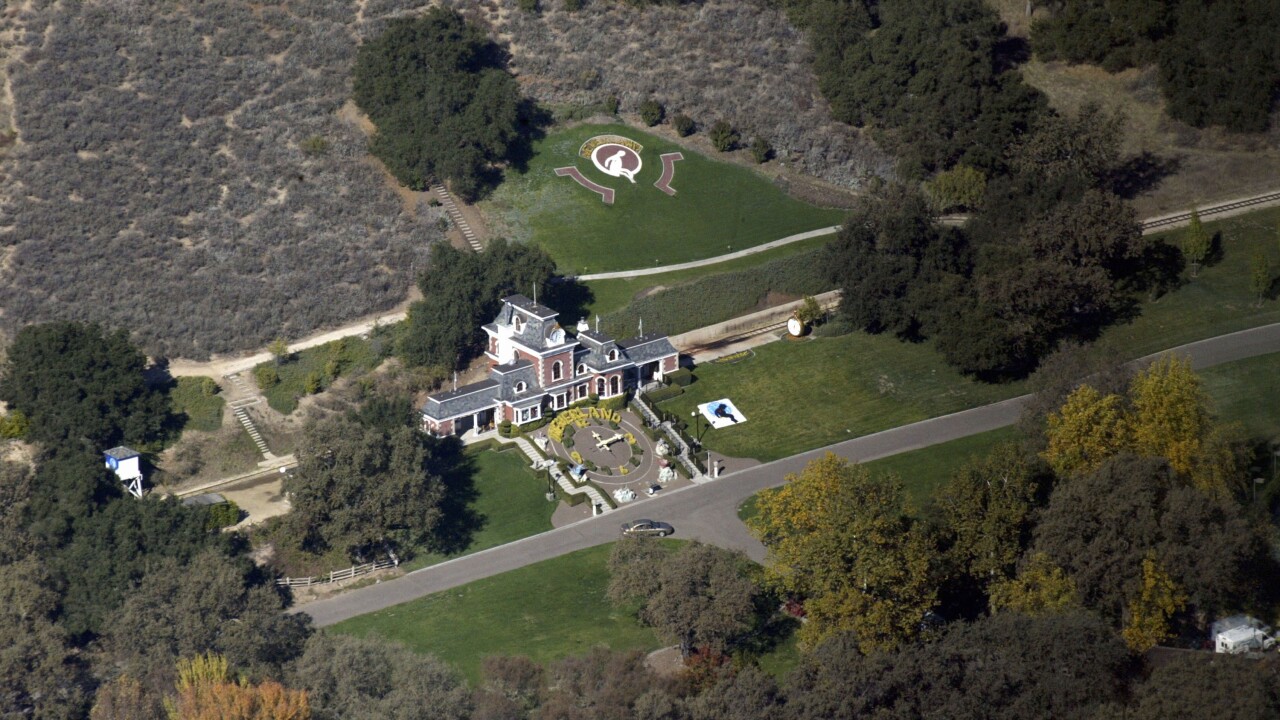 Michael Jackson's former home is back on the market at a fraction of the price originally sought in 2015.

According to The Wall Street Journal, the late pop star's Neverland Ranch has been listed for $31 million, or about 70% less than the original asking price of $100 million four years ago.

One of the real estate agents working on the potential sale, Suzanne Perkins, told the newspaper that part of the challenge in selling the property has been that "a price tag of $100 million is not chump change."

Jackson first purchased the roughly 2,700-acre property in 1987 for $19.5 million, and it was reportedly pulled off the market in 2017 after failing to find a buyer following a price drop to $67 million.

He said the property, which contains the main house where Jackson lived for 15 years, was held off the market because of wildfires and mudslides in nearby Santa Barbara, California.

"Everyone pulled back for about a year in general," Forsyth said.

The nearly 12,000-square-foot house is at the center of a controversial new documentary.

The two-part "Leaving Neverland" is set to start airing Sunday on HBO. (CNN and HBO share parent company WarnerMedia.) The documentary details allegations by Wade Robson and James Safechuck of sexual abuse at the hands of Jackson.

The pair allege that Jackson, who died in 2009, molested them when they were children.

Jackson's family has denied the allegations and condemned the film. The family has called it a "public lynching" and the accusers "admitted liars," a reference to sworn statements by both Safechuck and Robson while Jackson was alive that he did not molest them.

The property, now known as Sycamore Valley Ranch, is jointly owned by Jackson's estate and a fund managed by the real estate investment trust Colony Capital.