Starbucks doubling down on Christmas with new holiday cups 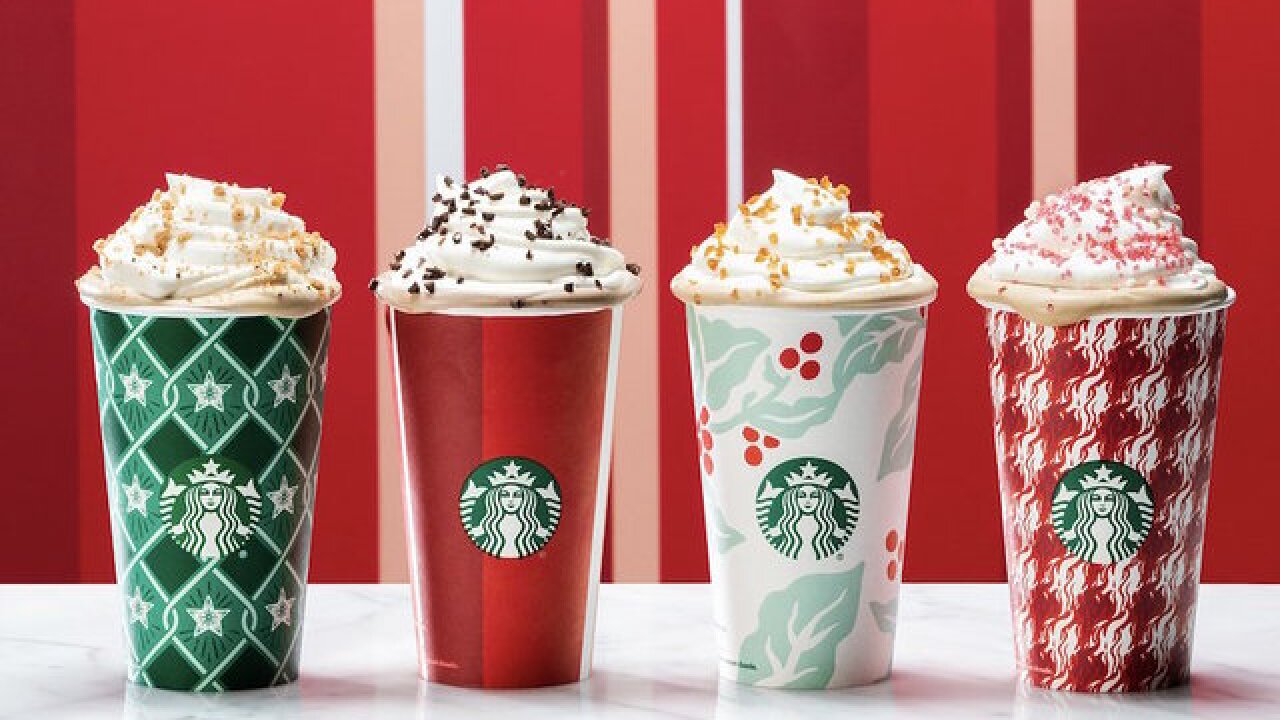 © 2018 Cable News Network, Inc.
Starbucks
<p>Starbucks unveiled four new holiday cup designs for 2018: One with red stripes, one with a green argyle pattern, one with red and white flames and one with mistletoe-like coffee cherries in red and green.</p>

Starbucks is giving the people what they say they want: Red and green holiday cups.

On Thursday, the company unveiled four new holiday cup designs: One with red stripes, one with a green argyle pattern, one with red and white flames and one with mistletoe-like coffee cherries in red and green.

Starbucks has been introducing new holiday cups each fall since 1997. Some of the designs have been polarizing, sparking debate about whether the cups are Christmasy enough. This year, Starbucks is leaning into the holiday.

"We listened to our customers," said Roz Brewer, Starbucks' chief operating officer. They said they "loved the tradition of Christmas," she added.

Starbucks figured out what customers wanted in a few different ways, Brewer said. Employees asked for feedback and comments in person, and the company gathered information about preferences through its digital platforms like the mobile app.

Starbucks uses seasonal items to build excitement around products and help market the brand. This year, there will also be a big marketing push behind the seasonal cups as part of Starbucks' overall media strategy Brewer said.

To give customers a taste of the holiday, Starbucks drew inspiration from its own Starbucks Christmas Blend coffee. The result is "not only retro, but true to who we are," Brewer said.

Last year's cups were white with doodles on them, designed to let people color in the lines. "The holidays mean something different to everyone," the company said in an ad showing two women gazing at each other over a cup of coffee. The campaign served as a lightning rod of controversy, with some praising and some criticizing the brand for apparently featuring a lesbian couple.

In 2015, Starbucks said it removed "symbols of the season" used in the past, which have included reindeer and ornaments, in favor of a simple, two-toned red cup. In response, one critic posted a video that went viral, saying the company removed "Christmas from their cups because they hate Jesus."

In response, Starbucks said it works "to create a culture of belonging, inclusion and diversity." The cup is meant to be a "blank canvas" that encourages "customers to tell their Christmas stories in their own way," Starbucks added at the time.

Brewer said that this year's decision to take a more traditional route wasn't a response to those earlier controversies.

"We learn from everything we do in our stores," she said. Last year's cup "didn't resonate with some, [but] it did resonate with others."

In addition to debuting the cups, Starbucks will start selling new holiday-themed treats like sugarplum cheese danishes and pistachio honey croissants and bring back classic holiday drinks like peppermint mochas and gingerbread lattes on Friday. Plus, Starbucks will give out limited-edition reusable red cups to customers while supplies last on Friday.

"Our customers have come to expect" the holiday cups and food items, Brewer said. "I think it's exciting for them."