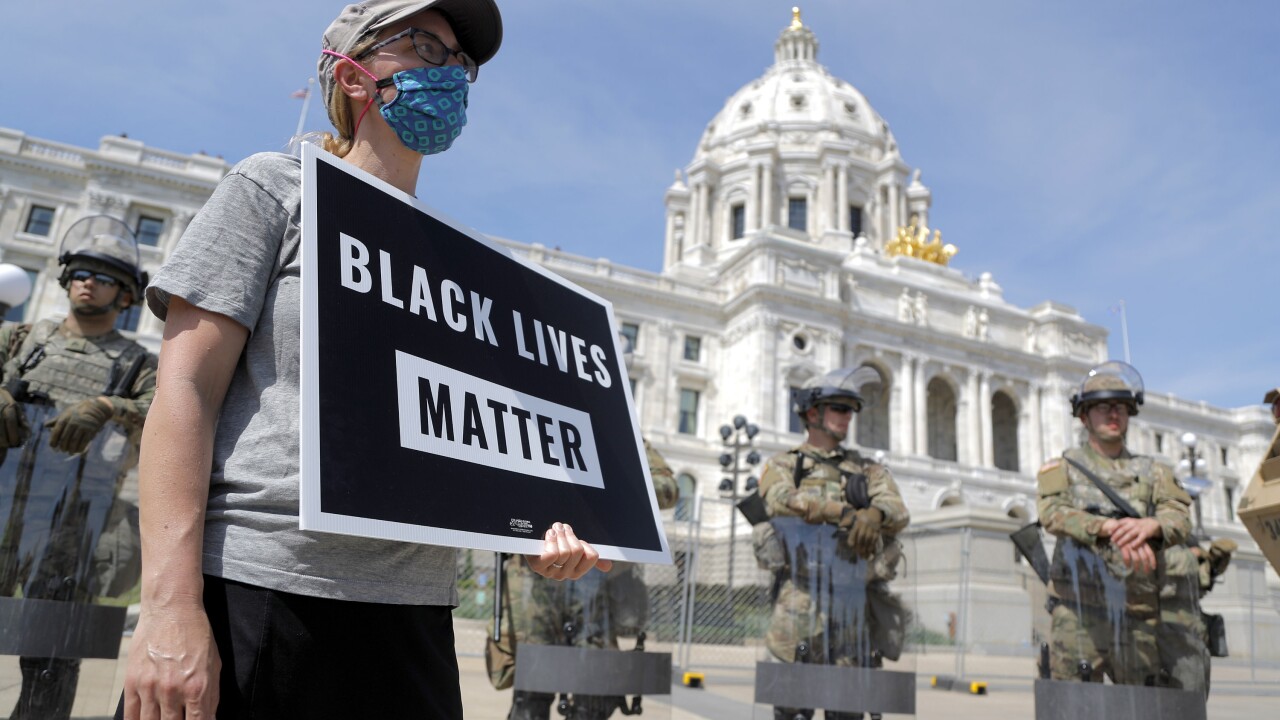 Copyright 2020 The Associated Press. All rights reserved.
Julio Cortez/AP
A woman holds a sign near National Guard members the Minnesota statehouse, Sunday, May 31, 2020, in St. Paul, Minn. Protests continued following the death of George Floyd, who died after being restrained by Minneapolis police officers on Memorial Day. (AP Photo/Julio Cortez)

ST. PAUL, Minn. (AP) — The Minnesota legislature has passed a package of police accountability measures that includes a ban on neck restraints like the one that was used on George Floyd before his death in Minneapolis.

The sweeping package passed early Tuesday after legislators worked through the night on the bill, which was said to be one of the most substantial changes to the state’s criminal justice system in years.

Passage of the measures comes after nearly two months of negotiations that followed Floyd’s death May 25.

The Black man was restrained face down in the street while handcuffed and with three officers holding him down, including a white officer who had a knee to Floyd’s neck for nearly 8 minutes.