Who do you trust to turn in your ballot?

Anyone can drop off your ballot for you in Nebraska. Here's what you need to know. 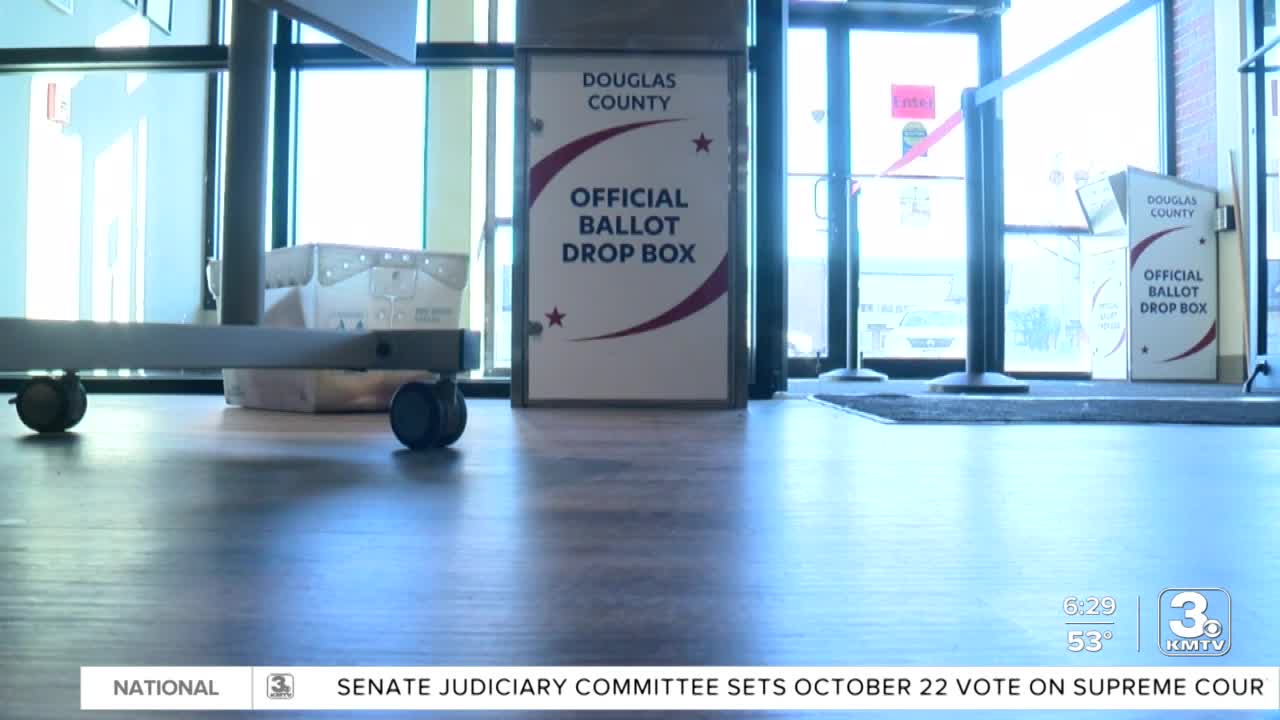 Anyone can drop off your ballot for you in Nebraska. Here's what you need to know.

OMAHA, Neb. (KMTV) — Franklena Durham thought it was strange: she received an offer from Kara Eastman's campaign to drop off her ballot for her after she said she uses a wheelchair.

Durham assumed this wouldn't be legal. Some, often critics, call the practice "ballot harvesting." Others call it "ballot collection."

Campaigns and other third-party groups are permitted to drop off ballots for you in Nebraska.

Sarpy County Election Commissioner Michelle Andhal said campaigns and organizations are trying to be helpful when they offer to drop off a ballot for you.

"Some voters are great with that, and some panic because they're not sure," Andhal said. "What we always say is only give your ballot to someone you trust."

"If you give someone your uncompleted ballot, you should not expect them to sign the envelope for you," said John Cartier, Civic Nebraska's director of voting rights. "You need to make sure the signature that is on file with the election commissioner is going to match up."

There is a way to verify your ballot has been received and accepted. Voters can check here on the Nebraska Secretary of State's website. In Iowa, check here.

Nebraska Secretary of State Bob Evnen expressed concern with any practice that leaves a voter out of control of their ballot.

"One of the things that I want to focus on is whether our law ought to be addressing the issue of ballot harvesting," he said in September in an interview with the 3 News Now Investigators.

Evnen, a Republican, said "ballot harvesting" allows campaigns and organizations to target people in specific demographics. He said he's concerned it could be misused, and some might promise to turn in a ballot but not follow through in hopes their vote won't be counted. He said that there's no evidence ballot harvesting has been misused in Nebraska in the past, but also said absentee ballots have never been as common.

Nebraska law does place restrictions on campaign workers serving as registered agents, but this applies to requesting a ballot for a voter, not dropping it off.

Durham's tip came through ProPublica's Electionland tip line. 3 News Now is partnering with ProPublica to make sure election-related issues don't go unnoticed. If you have a voting problem, text 'VOTE' to 81380, fill out this form, or email us at investigate@3newsnow.com.

Durham said she chose to drop off the ballot at a drop box herself.