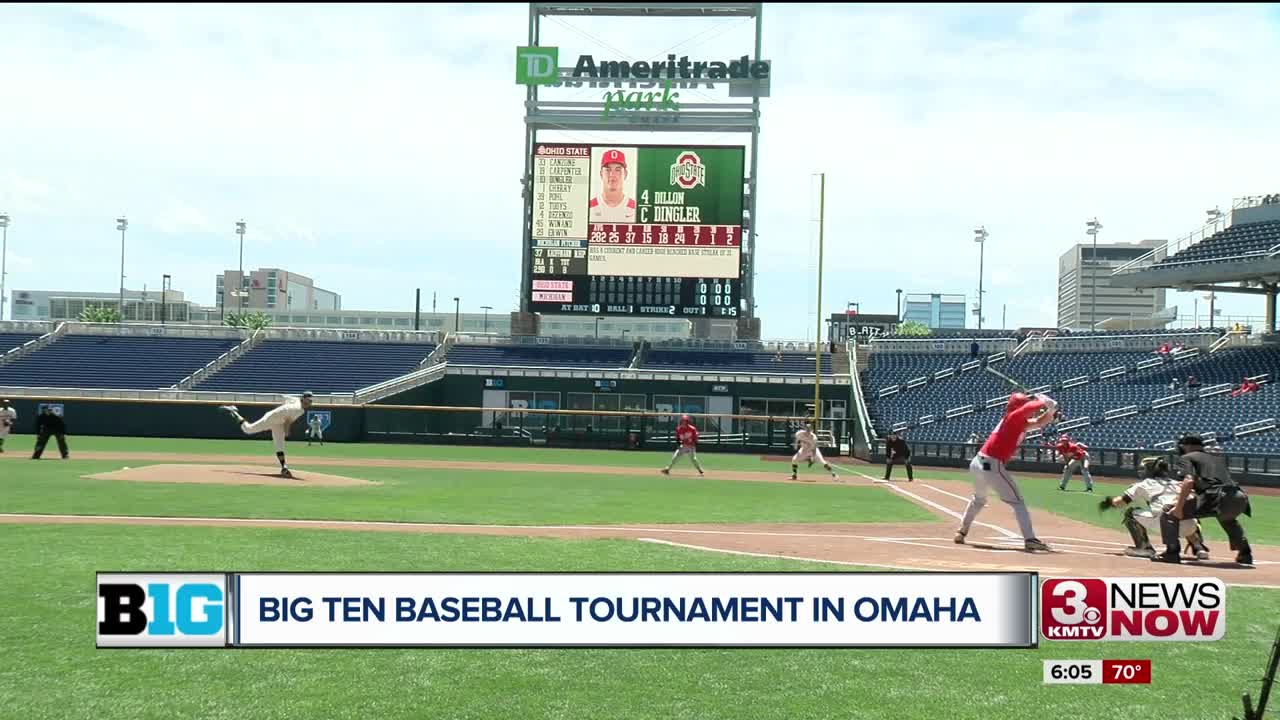 The tournament will be in Omaha through 2022

OMAHA, Neb. (KMTV) — The Big Ten Baseball Tournament is back in Omaha.

Wednesday marked the start of the conference's annual tournament, which is back in Omaha for a thrid time in TD Ameritrade Park's short history.

The top eight teams in the conference are fighting for that elusive conference title and a guaranteed spot in the NCAA tournament. As the site of the College World Series each summer, the tournament gives the athletes a chance to play in one of the most famous stadiums in collegiate baseball.

"It's the site of the NCAA College World Series," said Tim Henrichs, the assistant tournament manager for the Big Ten Baseball Tournament. "It provides a little incentive for these guys to make it back here in a few weeks and they get a taste of Omaha and what the home crowd can do. We're excited to have Nebraska in the tournament. It should be a great atmosphere the rest of the day and the rest of the tournament."