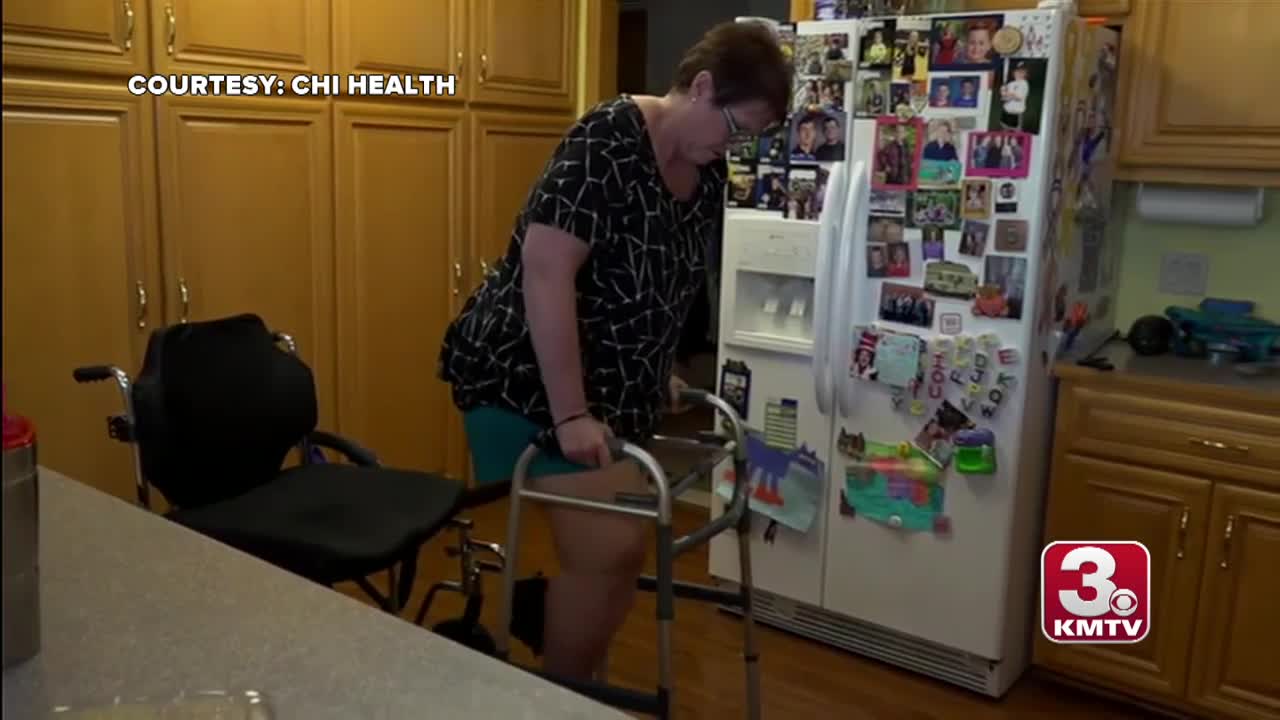 OMAHA, Neb. (KMTV) — On Sunday, CHI Health held a Tribute to Trauma event where survivors of traumatic accidents got to say thanks to the doctors and health care providers who helped them through their toughest times.

Gayleen Chickering, a manager in the radiation oncology department at CHI Health, was one of the patients saying thanks.

"The organ failure I had I shouldn't be here," Chickering said.

On March 5th, Chickering was driving home with her two kids in the back seat when a car crossed through the center of the road and hit the driver's seat. She was life-flighted to CHI Health-Bergan Mercy, where doctors placed her in a medically-induced coma. She had multiple fractures and punctors to her abdomen and those were just the start of her problems.

"I had a pulmonary embolist and coded and they brought me back," Chickering said.

18 surgeries and 128 days later she was out of the hospital and taking her first steps.

"When I went to rehabilitation they asked what my goal was and I said I had to be home by August 23rd because my girls started school August 26th," Chickering said. "I wanted to be home for their first day of school and I did it."

The other hero was Chickering's 11-year old daughter who made the call which saved her life.

"It just came to my mind and the craziest part was I didn't cry the entire time," said Chickering.

Gayleen Chickering is back home in southwestern Iowa with her family. She's currently walking with a walker and is hoping to drive soon so she can get back to work.