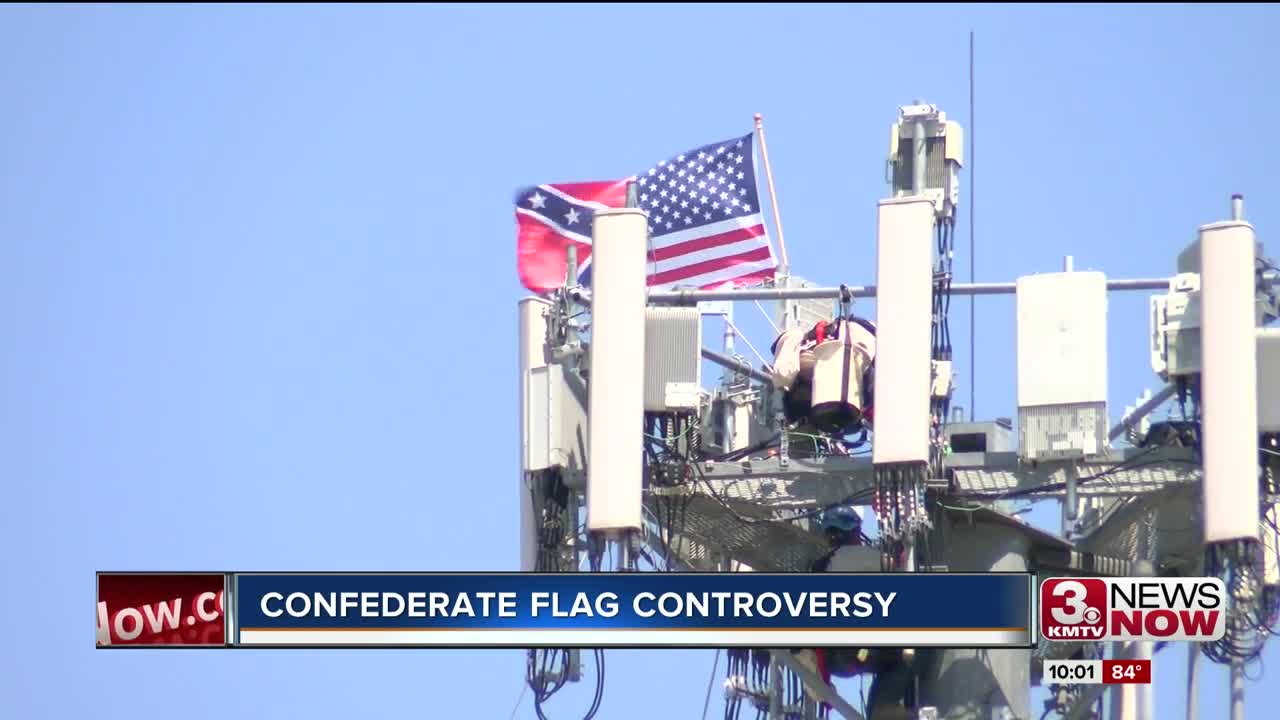 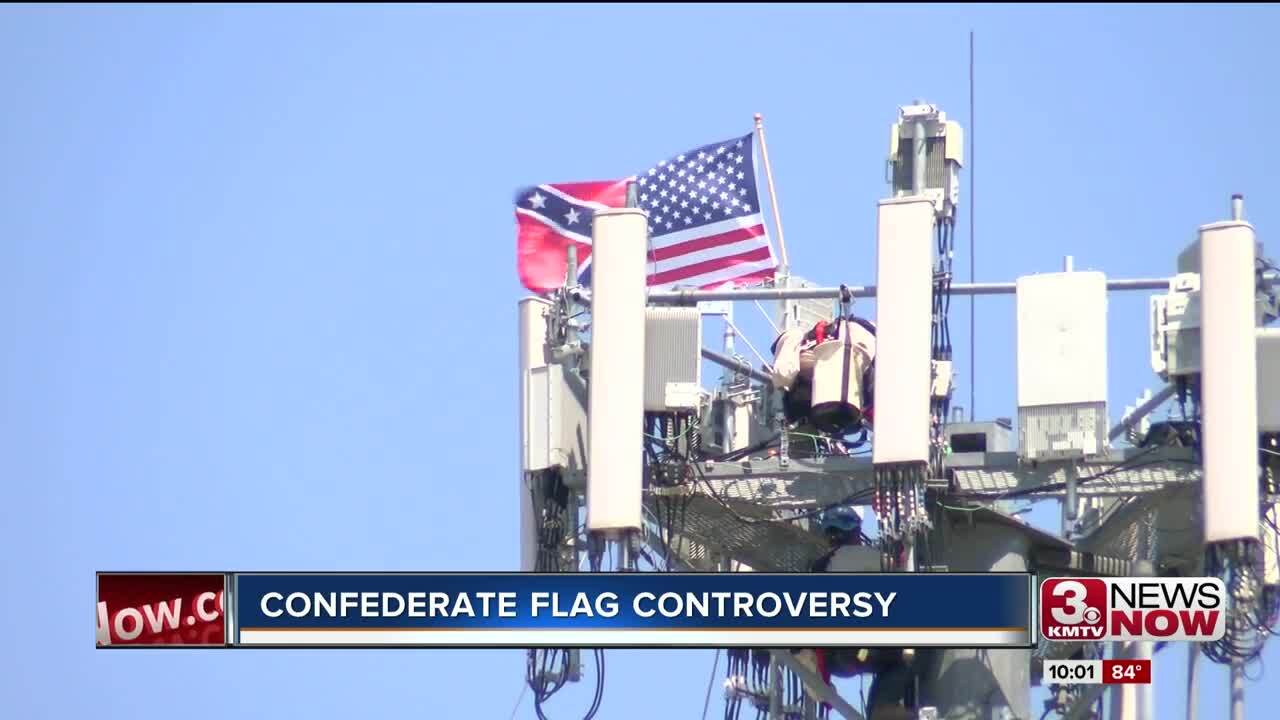 OMAHA, Neb. — When people drove by Millard West High School Saturday, they may have noticed something new on one of the nearby cell phone towers.

"It was a little weird. So I'm doing my lessons and I noticed there's some guys up there and they're putting up a flag and it was a Confederate Flag which is a little off," Millard West tennis coach Tom Koziol said.

The flag - half American and half Confederate.

It was hung up by a worker who claimed to be an employee of Iconic Communications. He didn't want to be interviewed, but says that he hangs up the flag on whatever cell tower he's working on.

"Yeah, normally it gets everybody's attention and everything," the anonymous worker said.

That cell tower however, just happened to be right near Millard West. Students saw the flag and were caught off guard.

"That's standing for something that's not appropriate at all," one student hanging out on school grounds said.

"I've had three parents come and talk to me because they thought that it was something the high school was doing cause it's right by the high school. But it's not high school property, it's not their land. It's all the cell tower stuff," Koziol said.

The cell tower worker says that while some people see the flag as a negative thing, for him its not about hatred, it's about heritage. He says his great grandfather fought in the Civil War, to him the flag is an ode to that.

"I spent some time over in South Carolina so I'm used to seeing Confederate Flags there, but here it's definitely different. It just depends on where you are it represents different things to different people," Koziol said.

In a statement from Iconic Communications, they say, "Iconic Communications will not stand for any acts of racism or bigotry of any type and I can assure the public that we will address the employees conduct as soon as all of the facts have been received."

People online don't necessarily believe this showing of the flag represents anything negative.

"Please tell me someone is offended, I'm offended that they are offended by the flag." one person said online.

After we had spoken to some of the workers they decided to take the flag down while they finished their work.