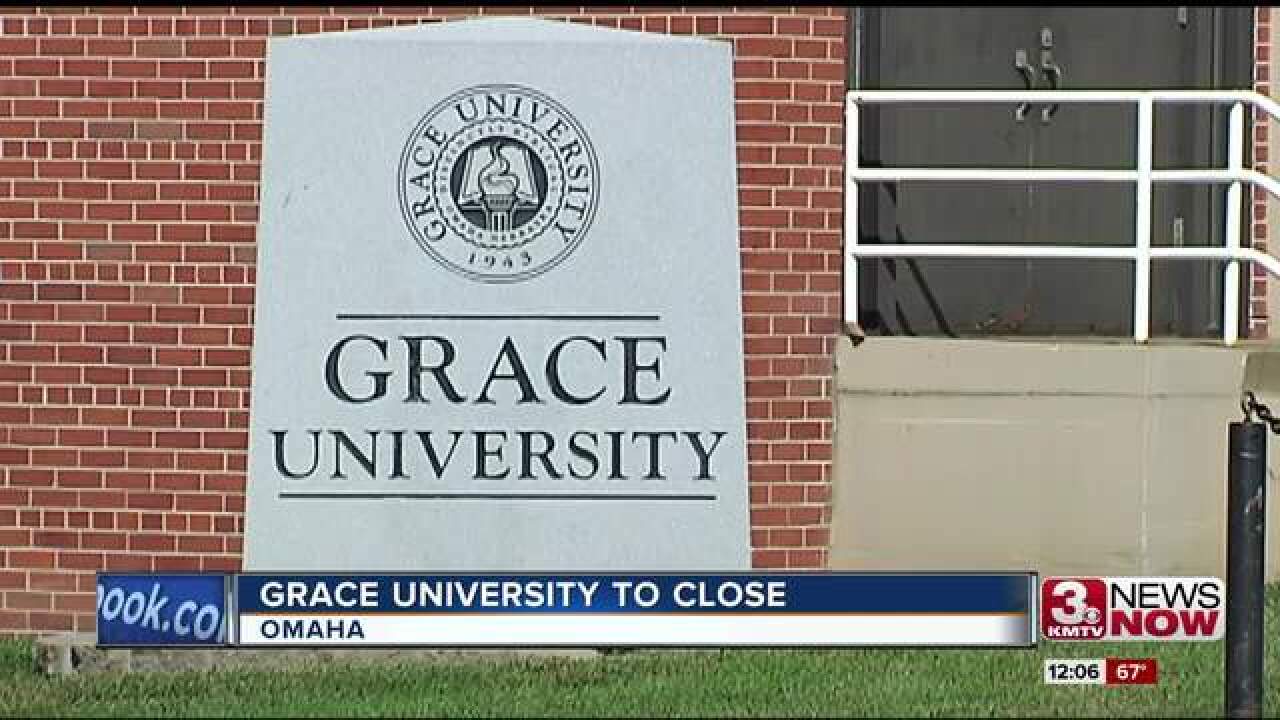 At the end of the 2017-2018 academic year, Grace University will cease all academic operations.

School officials told 3 News Now the school the decision was necessary due to the financial struggles and decline in undergraduate student enrollment over the past few years.

Students, faculty and staff were informed of the trustee board's decision Tuesday morning.

“After much prayer, and with a genuine heaviness of heart, the board of trustees believed that making this difficult decision was necessary due to the financial struggles and significant decline in new undergraduate student enrollment over the past few years,” said Bill Bauhard, CEO of Grace University.

A few months ago, it was announced that the university would relocate to the Dana Campus in Blair in June 2018, but Bauhard said that's no longer an option.

"I was pretty optimistic that this plan would work, but on August 23 when I was told there were 33 freshman, less than the 50 we had last year, it just wasn't possible to sustain that amount of students anymore," said Bauhard.

For the remainder of the school year, the university will work with students to ensure the completion of their degrees and help students with transfer arrangements to other universities.

"We are going to make this transition as simple as possible for our students. We don't know where God will take them, but they will end up in good places," said Bauhard.

Grace University was founded in 1947.