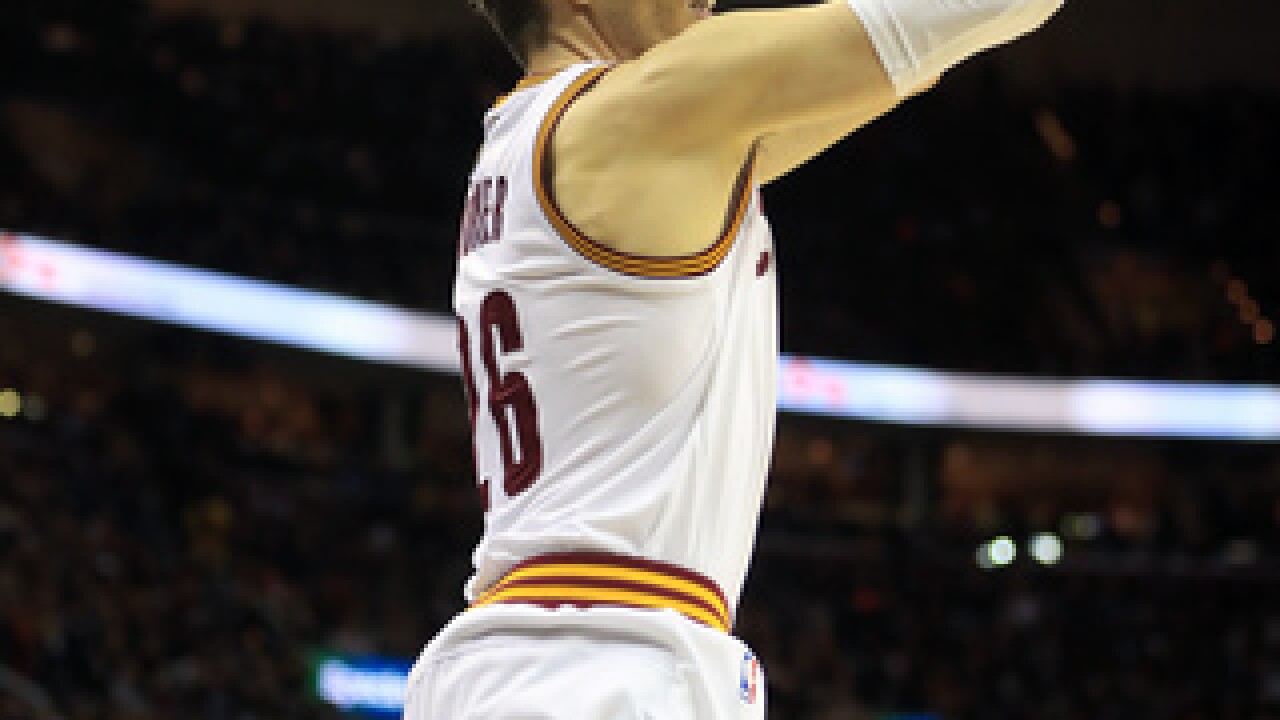 Copyright 2017 Scripps Media, Inc. All rights reserved. This material may not be published, broadcast, rewritten, or redistributed.
Ronald Martinez
<p>CLEVELAND, OH - JUNE 07: Kyle Korver #26 of the Cleveland Cavaliers attempts a jump shot against the Golden State Warriors in Game 3 of the 2017 NBA Finals at Quicken Loans Arena on June 7, 2017 in Cleveland, Ohio. NOTE TO USER: User expressly acknowledges and agrees that, by downloading and or using this photograph, User is consenting to the terms and conditions of the Getty Images License Agreement. (Photo by Ronald Martinez/Getty Images)</p>

OMAHA, Neb. (KMTV) — Kyle Korver, the former Creighton basketball star who has played in the NBA since 2003, will be this year's commencement speaker at his alma mater, according to our news partners at the Omaha World-Herald.

Korver replaces former Nebraska governor and senator Bob Kerrey, who was scheduled to be the speaker, but pulled out after some republicans opposed his speaking because of his pro-choice abortion position.

Creighton will have two commencement ceremonies on May 18, and Korver will speak at both.

Korver's 15-year NBA career has seen him play for the Philadelphia 76ers, the Utah Jazz twice, the Chicago Bulls, also where former Creighton star Doug McDermott started his career, and the Cleveland Cavaliers. He is known as a sharp three-point shooter, making about 43 percent of his shots from downtown.

Korver will also receive an honorary doctor of humane letters from Creighton, according to the World-Herald.