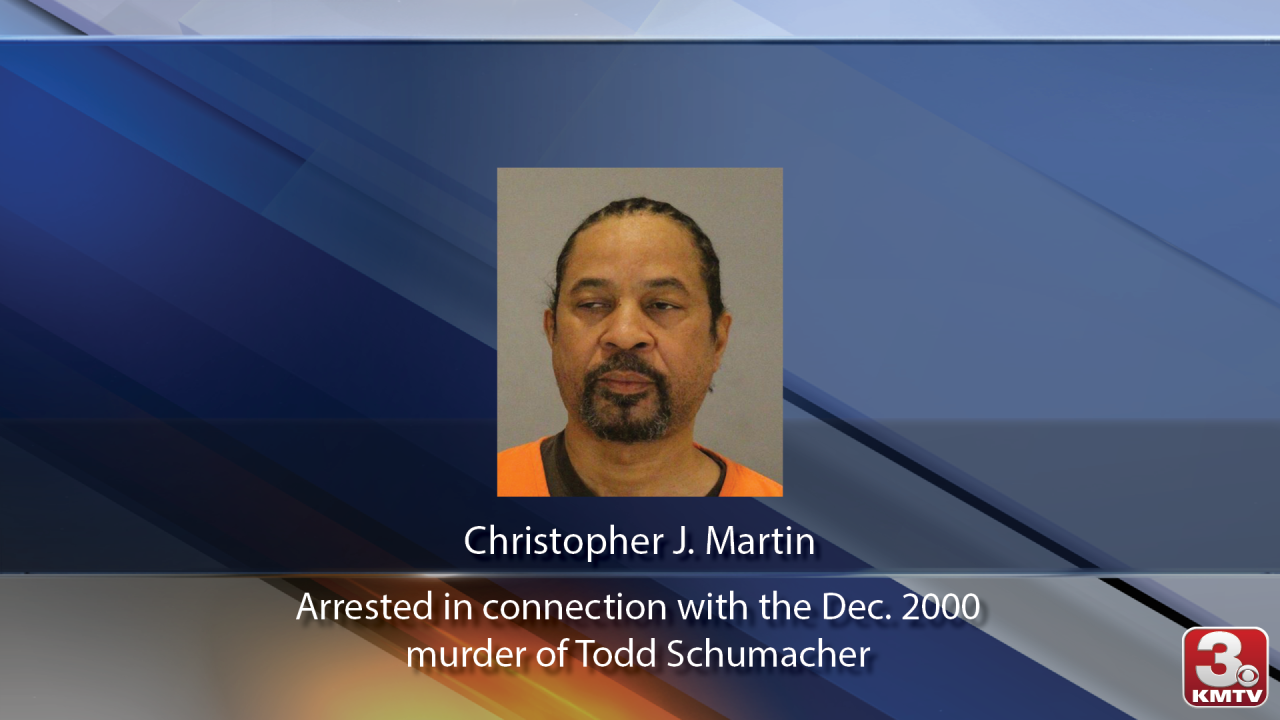 OMAHA, Neb. (KMTV) — Nineteen years later, a family is finally getting closure after Omaha Police made an arrest in connection with the murder of Todd Schumacher.

The Omaha Police Homicide Unit were unable to make an arrest at the time and the case went cold.

The victim's daughter, Alyssa Schumacher, reached out in 2019 to the Cold Case Squad and Detective Dave Schneider reviewed the case again.

After investigation, Det. Schneider had enough evidence to get a 1st degree murder felony arrest warrant issued on Monday for Martin.

"After all these years, my dad will finally be able to rest in peace and our family will be able to rest a little better at night knowing that the person who did this is finally getting what he deserves," said Alyssa Schumacher.