Chicago fire kills 8 people, including 6 kids, in a home with no smoke detector 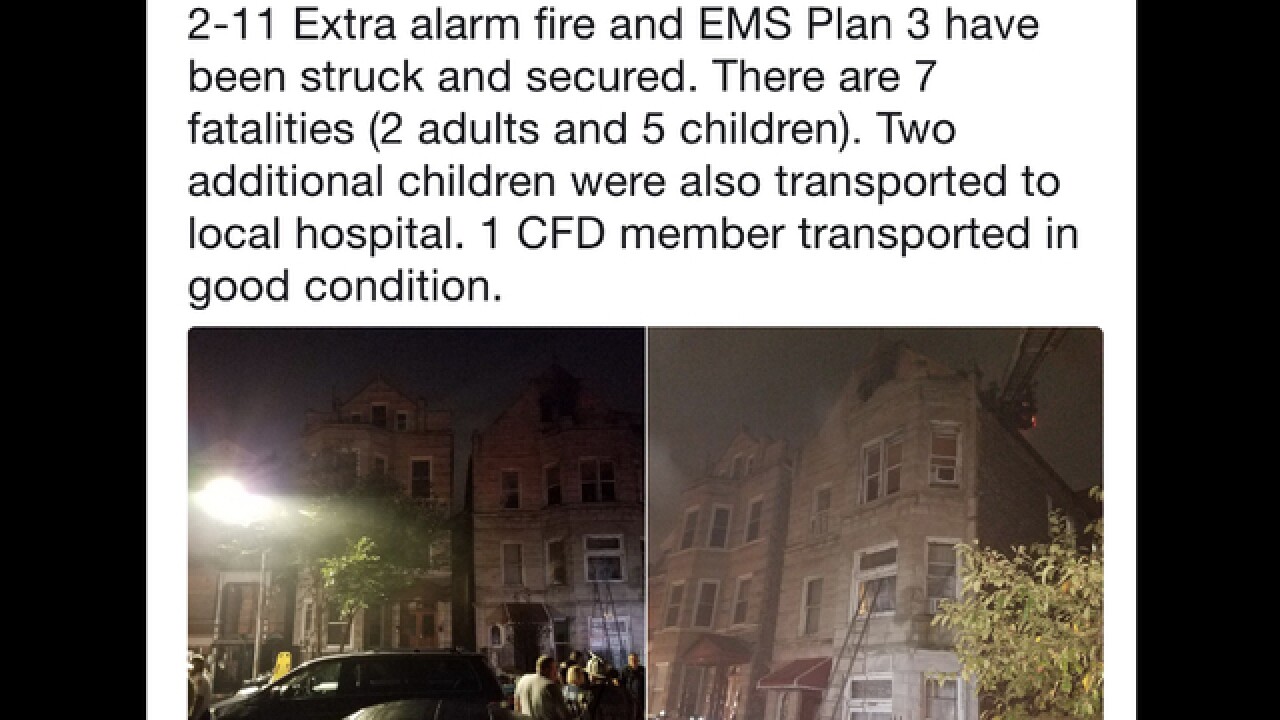 "We have not had this in many, many, many years -- this amount of fatalities and injuries in one location," Commissioner José Santiago said Sunday morning.

But if not for the quick actions of a nearby woman who smelled the fire, he said, the outcome could have been even more tragic.

2-11 Extra alarm fire and EMS Plan 3 have been struck and secured. There are 7 fatalities (2 adults and 5 children). Two additional children were also transported to local hospital. 1 CFD member transported in good condition. pic.twitter.com/4EDA4G71Ny

The relationships of those found on the 2nd floor was not immediately clear.

In addition to the eight people killed, two children were injured and taken to a hospital, the fire department said. A firefighter was hospitalized for overexertion and is in good condition.

Officials have not determined a cause of the fire. No smoke detectors have been found in the home, Santiago said.

The blaze also caused another structure to catch fire two buildings down, but no injuries were reported there.

Santiago lauded the quick thinking of a woman nearby who "saved a lot of lives," in the neighborhood.

"She had just gotten home from work," the fire chief said. "She smelled it. I think she saw it. And then she started immediately knocking on doors, ringing doorbells."