Fake police officers targeting people crossing from Tijuana into the US 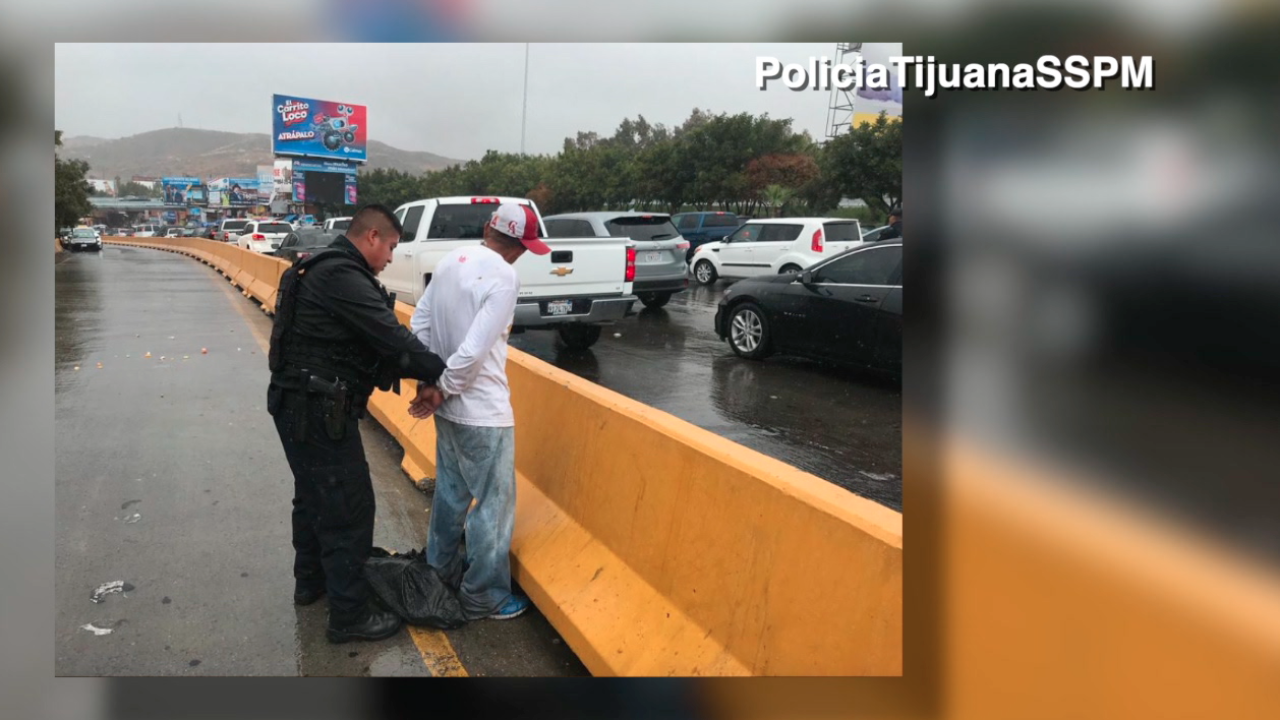 SAN YSIDRO, California — Authorities are warning Americans traveling to Tijuana about people posing as police officers reportedly getting aggressive with drivers waiting to cross the San Ysidro Port of Entry.

Photos from Tijuana Police show officers near the port putting a man in handcuffs.

Authorities in Mexico say he’s one of 35 people arrested Sunday for being aggressive to drivers waiting to get back into the United States.

The concern was raised this week as travelers are expected to head south for the holiday weekend.

Marco Sotomayor, the Secretary of Public Safety in Tijuana told the San Diego Union Tribune that the city is seeing cases that are more violent and more consistent.

Sotomayor goes on to say that criminals sometimes mask themselves as police officers wearing fake badges on hats and jackets, demanding money from drivers stuck in lines.

She says the company has been safely traveling into Mexico for 30 years. Because they travel in large groups via buses and have contacts across the border, Matti says their tour service never runs into these type of issues.

"Our driver is usually local, experienced in Mexico, our tour managers are experienced, so I think they know not to target us."

Matti says if you plan on going this weekend and don’t have experience, don’t go alone. "We definitely recommend traveling in a group."