Giraffe Cam is back! April due to give birth to fifth calf at any time 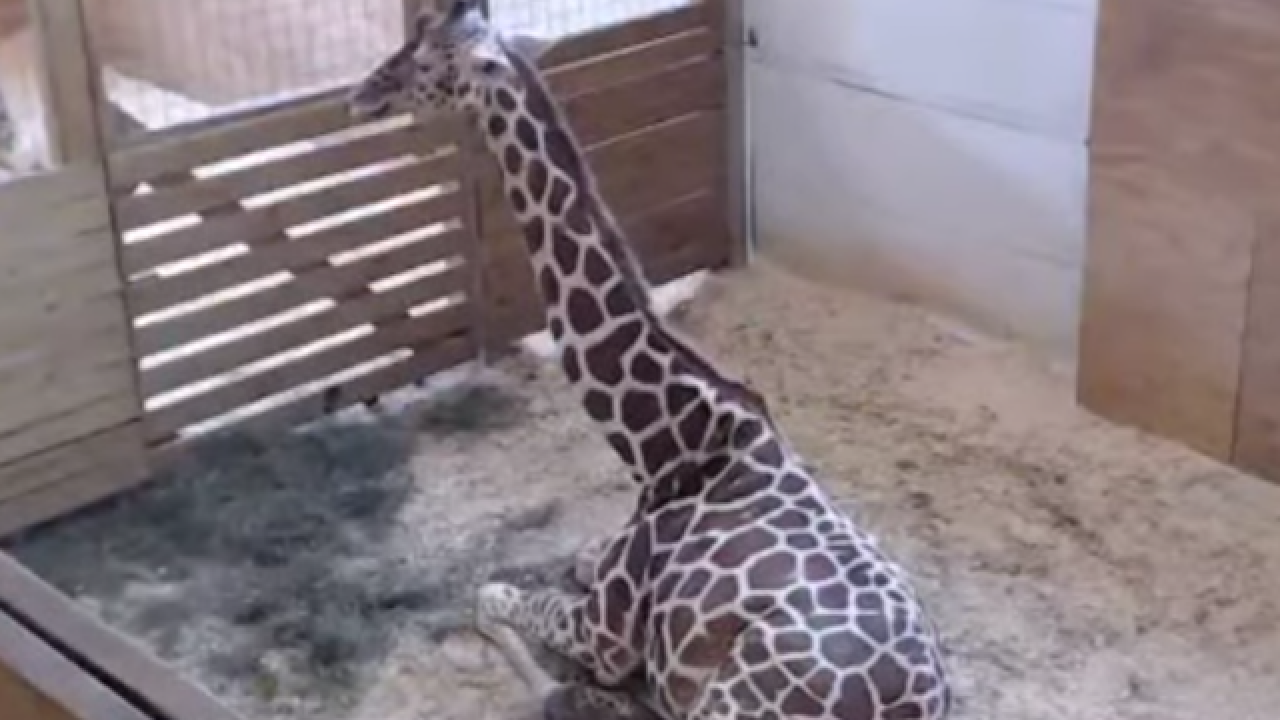 Once again, her labor will be live streamed for the world to see.

The 2017 YouTube stream, which ran almost continuously from February into April, was viewed by millions of animal lovers. Even nearly a week after April gave birth, the stream continued to have more than 30,000 viewers at any one time.

Just like for humans, April's active labor could begin in hours, days, or weeks.

"This afternoon, teams assembled at the park based on Giraffe Cam & Keeper observations of what appeared to be contractions, with 'pushing,'" Animal Adventure Park wrote on its Facebook page on Monday. "Every few minutes, April would extend her tail and her back end would bulge an additional couple inches away from the body due to pressure. This was observed repeatedly, along with discharge - prompting cleaning, bedding, and preparedness."

When April gives birth, her calf is expected to weigh roughly 150 pounds and stand 6-feet tall.

According to the zoo, it only takes a giraffe 30 minutes to go through active labor. For the thousands of people actively watching the live stream of her labor, the delivery could come without much warning.

"Naturally, giraffes hide signs of labor as to not alert every predator around, that they and a new calf will be vulnerable to attack," the zoo said. "However, once we are final stages of the labor - the process is quick. Visible hooves to calf on the ground can be as short as 30 minutes."