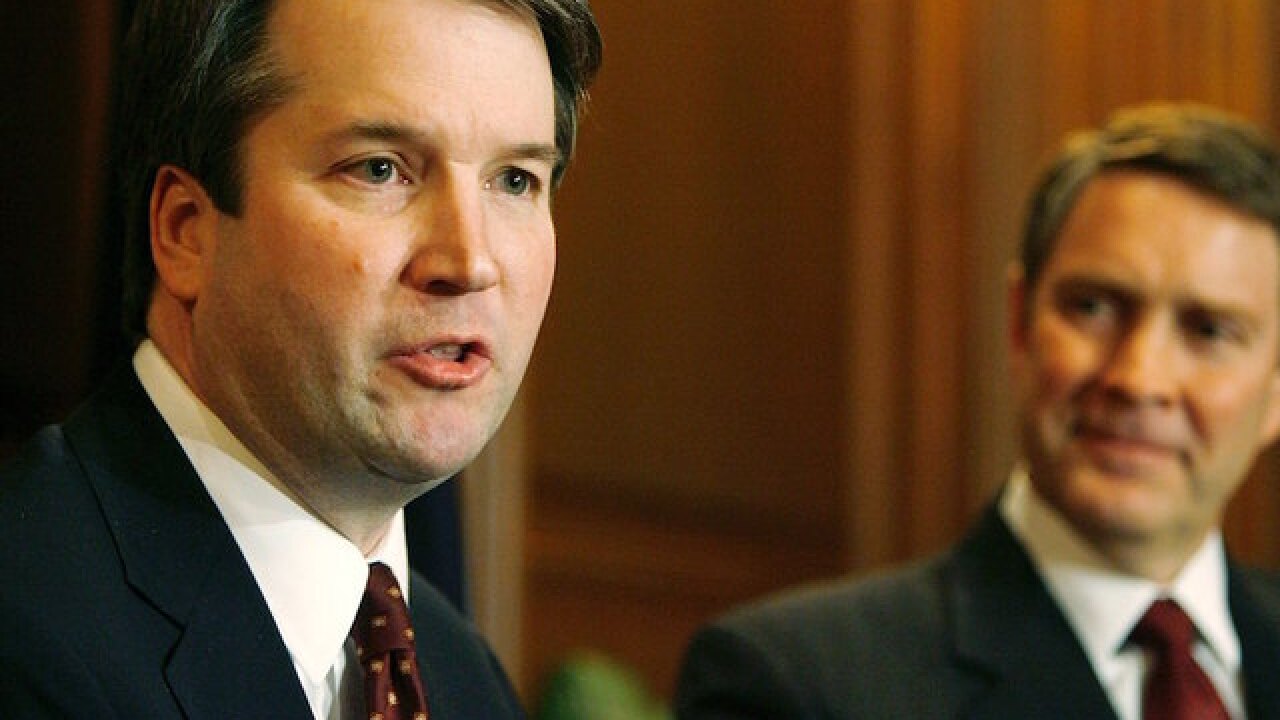 President Donald Trump announced on Monday that federal Judge Brett Kavanaugh is his pick to replace Justice Anthony Kennedy on the US Supreme Court, a move that will likely solidify the bench's conservative tilt for many years to come.

Kavanaugh, 53, was confirmed to the Court of Appeals for the District of Columbia Circuit in 2006 under Bush. Kavanaugh clerked for Kennedy and also served as counsel for the Bush White House.

Trump said he did not ask Kavanaugh about his personal views.

"What matters is not a judge's political views, but whether they can set aside those views to do what the law and the Constitution require. I am pleased to say I have found without doubt such a person," Trump said

As Trump made the announcement from the White House on Monday, both pro-life and pro-choice supporters gathered in Washington for various rallies.

Kavanaugh has said in the that he would uphold Roe v Wade as legal precedent but has said more recently that he would support some abortion restrictions.

"If confirmed by the Senate, I will keep an open mind in every case," Kavanaugh said Monday at the White House.

Things to note about SCOTUS nomination

- Once confirmed, appointments are given lifetime terms, meaning a justice keeps their seat until either they die or resign.

- The Senate has already gone "nuclear." When the Senate confirmed Justice Neil Gorsuch, it enacted the "nuclear option," meaning a Senate rule change allowed for only a simple majority to approve a Supreme Court nomination. The rule change ended a long-standing Senate practice of requiring a 60-vote margin to green light an appointment.

- Republican Senators Lisa Murkowski and Susan Collins have been considered swing votes in the Senate but ultimately confirmed Gorsuch in 2017. Murkowski and Collins stood in the way of fellow Republicans in repealing Obamacare last year. Senator John McCain has not been in Washington in recent months, and it is questionable if whether he would be healthy enough to make it for a vote. Their reaction to Trump's nominee will be worth watching.

- The balance of the high court could move slightly to the right. While Republican-appointed justices will maintain a 5-4 edge on the Supreme Court, Kennedy was frequently a swing vote on the court. One notable example of Kennedy's independence was in 2015 for Obergefell v. Hodges. Kennedy joined with the four Democratic-appointed justices on the court in the case that mandated states recognize same-sex marriage. With a GOP-held Senate, Trump could pick a nominee who is more conservative than Kennedy.