93 cats from the Nebraska Humane Society were flown to Seattle, Washington to get adopted 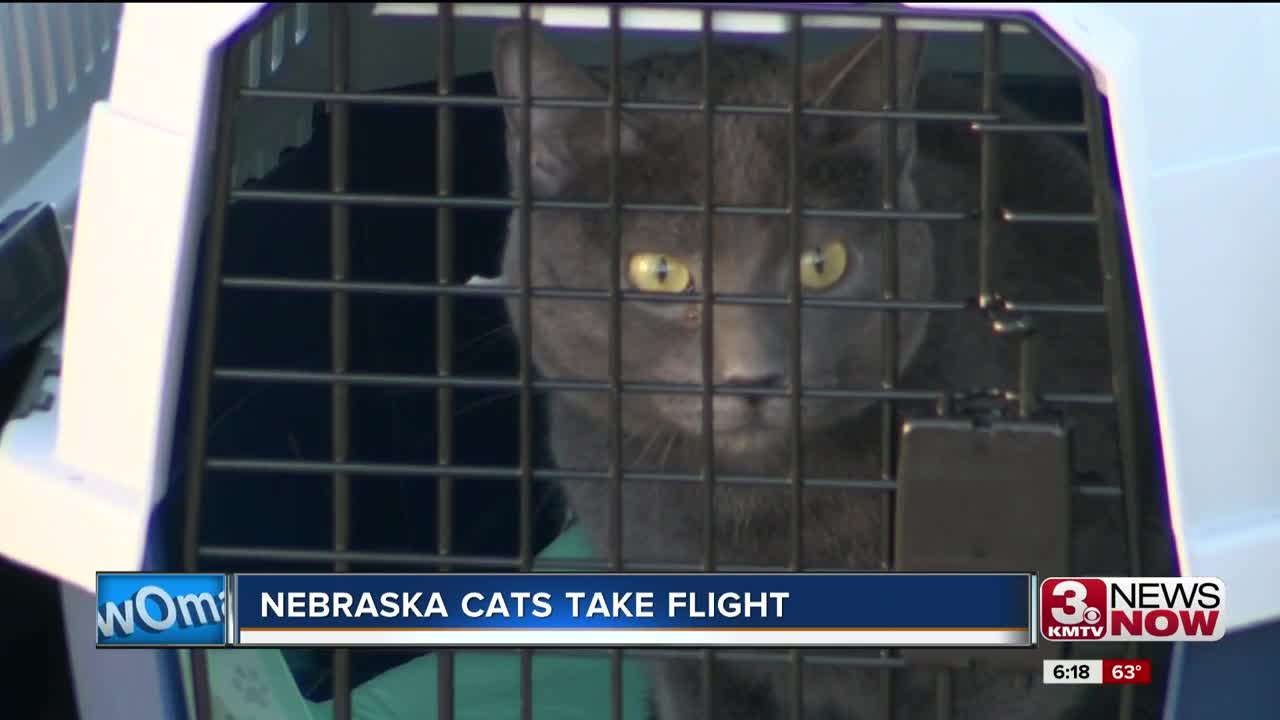 Cats from Nebraska catch a flight to the Pacific Northwest

OMAHA, Neb. (KMTV) — It's wheels up for almost 100 cats from the Nebraska Humane Society. They were loaded onto a plane for a six-hour flight to Seattle, Washington.

"We are entering spring season so that means we are gonna see an influx of cats and kittens coming into the shelter, we also are still housing cats for flood victims," said President and CEO of the Nebraska Humane Society, Nancy Hintz.

The Nebraska Humane Society partnered with two rescue organizations in Seattle to give these kittens a better chance at finding their forever homes. The GreaterGood.Org and Wings of Rescue will house the 93 cats until they are adopted. In Seattle these cats are in high demand. "Within just a few days of these cats getting to their destination that they will all be adopted into their forever homes,” said Hintz.

Kale Garcia is with Wings of Rescue and the pilot of Friday’s flight. He's done about 75 flights like this and says they all have one thing in common. “To see this end where everybody's just happy hearts that are loading the plane and then you get to the other end and it's the same thing, everybody is just melting when they see the kitties,” said Garcia.

“It's an amazing experience and for people to reach out from other states to reach out and wanna save lives, and that's what we're all doing is saving these cats' lives and it's a remarkable experience,” said Hintz. The cats that were flown out today were all up for adoption at the Nebraska Humane Society.