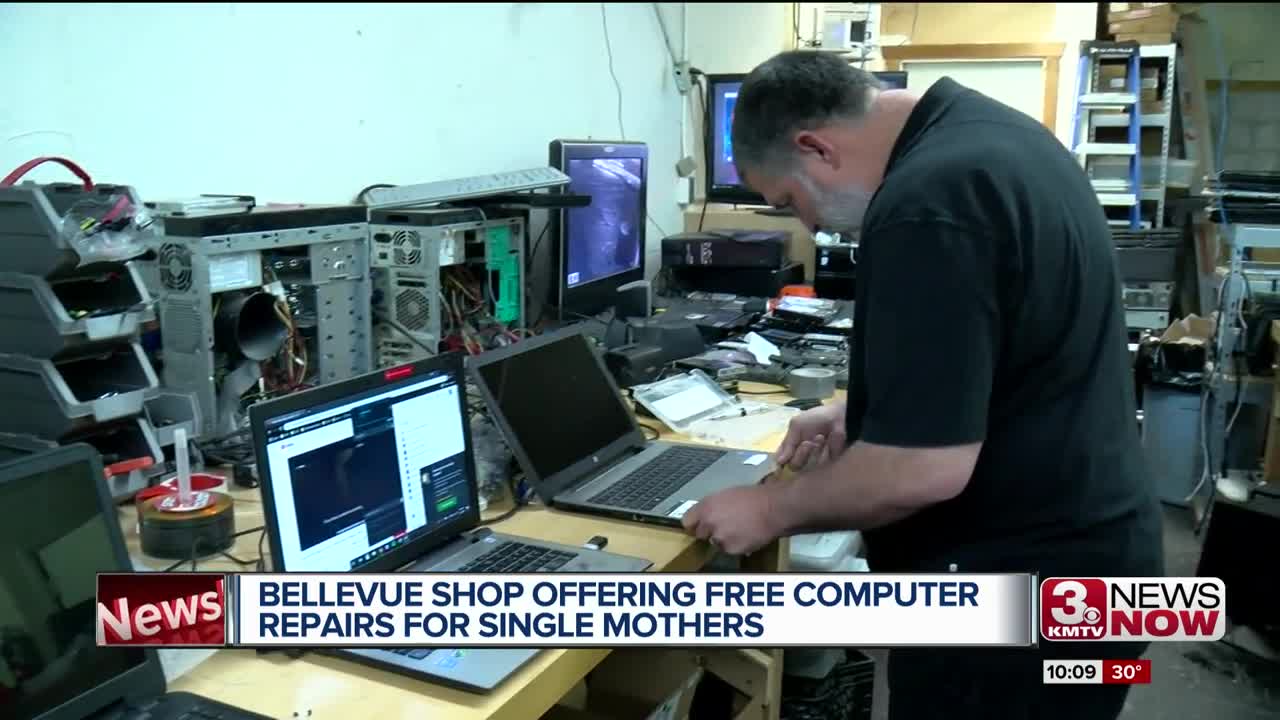 BELLEVUE, Neb. (KMTV) — The holidays are typically a joyful time, but for single parents, money can be extremely tight. That's why the owner of a Bellevue computer shop is picking up some of those costs, at not charge.

Steven Nickerson, owner of Affordable Computer Repairs in Bellevue near Franklin St. and E. Mission Ave., fell in love with computers during his 9 years in the Air Force. Now his hobby of restoring them is his business.

"It's something I enjoy doing. I don't come to work because I have to - I love it. I love fixing computers," said Nickerson.

Nickerson, who prides himself on being a family man with a wife and 9 kids told 3 News Now he values parenthood and likes to support parents, especially single mothers who sometimes work multiple jobs to support their kids.

A recent visit from a struggling single mother sparked the idea to repair computers for single mothers free of charge.

The business owner said it's his way of honoring them during the holidays.

"Basically it's an award. It's an opportunity. Bring your computer in and I'll fix it for you. Maybe I'll even replace it for you - just depends on what I have on hand."

Nickerson added he doesn't see it as a hand out or charity, but as his duty to help lessen the burden on those parents who could use a little support during the holidays.

"I want to honor them. they have a tough job as single parents."

Nickerson said the month of December will be a trial month. He hopes to repair a computer once a week for a single parent and if he gets enough recipients, he'll continue it throughout 2019.

The one caveat - Nickerson asks that people in the community contact him directly to share the name of someone who could benefit from his services with a short description as to why.

Nickerson is offering his services to all single parents.