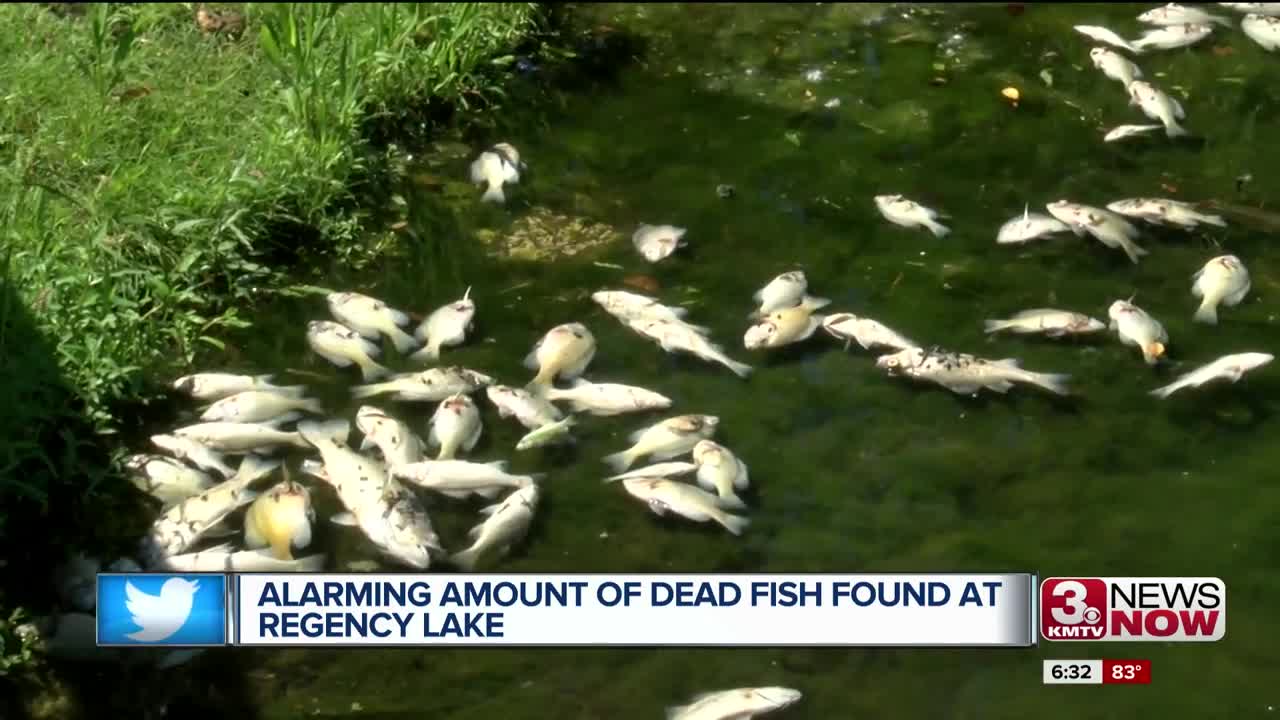 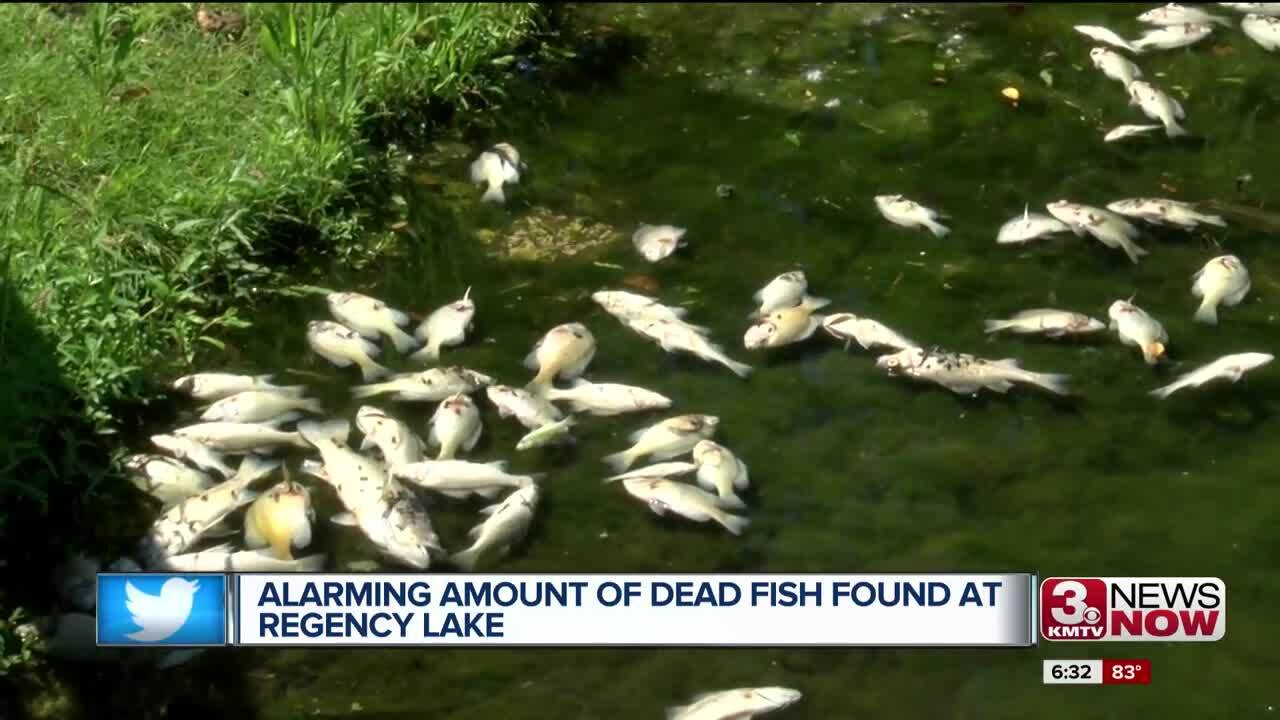 OMAHA, Neb. — A fishy situation down at Regency Lake today.

A place where people come to relax and enjoy some time in the sun, got a rude awakening today as dead fish piled up on the shore of the lake.

"They're out in the middle of the lake too," Regency Lakeside Apartments Resident Eileen Johnson said.

Regency Lake is known for its beautiful views. Condos and apartments surround the lake to enjoy all the natural beauty but the views and smells are a little bit different today."

"You can smell it from about 100 feet away," visitor Lindsay Barlow said.

The department of environmental quality says that the cause of this is due to an algae bloom in the lake.

The increase of algae depletes the amount of oxygen in the water, killing off small fish.

The DEQ says this is a cyclical, naturally occurring phenomenon that is not dangerous to the public and not new to the lake.

The state is not required to clean up the mess. Some residents say they've seen this before and that local fishermen usually pick up the fish or birds and other wildlife eat away at them until they're all gone. A fairly quick process.

Newer residents and visitors however, aren't used to such a sight.

"We weren't intending to go in the lake but I know that kids come down and play on this little beach and there's the playground right here and stuff so it's kind of concerning," Barlow said.

And want the mess gone.

"I hope they get something done I hope somebody can come out and get rid of them," Johnson said.