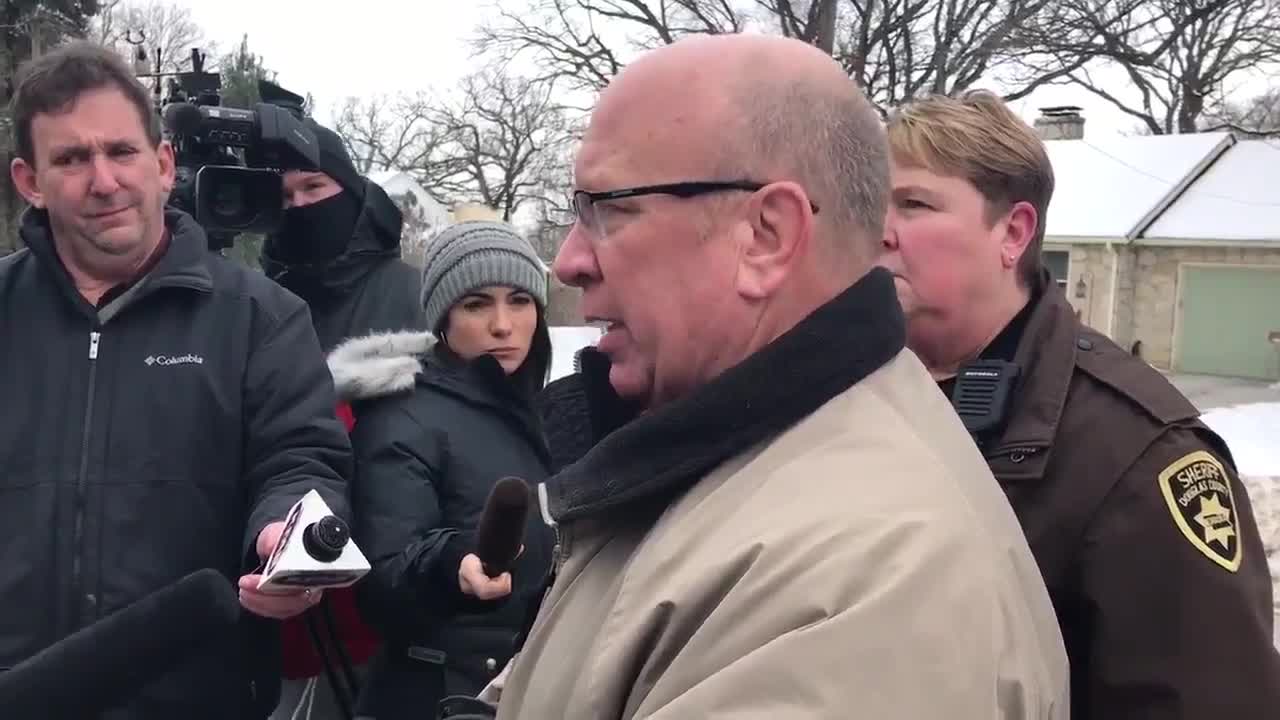 OMAHA, Neb. (KMTV) — This afternoon, the Douglas County Sheriff's Office responded to a call of an active shooter at the Uta Halee Academy located at 10625 Calhoun Rd.

When authorities arrived, they found one adult male down from an apparent self-inflicted gunshot wound. It is not known whether the man had ties to the academy at this time and no other injuries have been reported.

The Douglas County Sheriff's Department, Nebraska State Patrol and Able 1 are all in the area assisting with the investigation and searching the area for any other possible suspects.

“Earlier today, a shooting occurred at the administrative building at the Uta Halee Academy campus in Omaha, Nebraska. All of the staff and students are safe. The shooter took his own life and no staff or students were injured. Law enforcement responded immediately and all internal protocols were followed. The shooter has been identified as the estranged husband of a staff member who was not on site at the time.”

On Friday, February 15, 2019, at 12:36 p.m., a call was made to 9-1-1 regarding a possible “active shooter” at the Uta Halee Academy located at 10625 Calhoun Road. Multiple agencies responded including the the Douglas County Sheriff’s Office, Omaha Police Department, Nebraska State Patrol, BATF, and FBI. Officers arrived on-scene at 12:44 p.m. and found that the front door to the administrative building had apparently been breached. Officers entered the facility and found one person deceased inside with an apparent gunshot wound; at that time an initial all clear was given.

Officers and members of the DCSO Emergency Service Unit conducted a systematic search of remaining buildings on the campus to assure there were no other suspects or casualties. Finding none, DCSO investigators and CSI personnel began the lengthy process of collecting evidence, documenting the scene and conducting witness interviews to gather a clearer picture of what occurred.

It appears that this was not a random act, but was directed at a staff member who was possibly in an estranged relationship; that staff member was not at the facility at the time of the incident. Uta Halee quickly accounted for all students and staff and confirmed all were safe. There are 48 students and approximately 30 staff members on campus.

The Sheriff’s Office would like to thank Douglas County 9-1-1, NSP, OPD, ATF and the FBI for their quick response and assistance as well as the cooperation from Uta Halee.