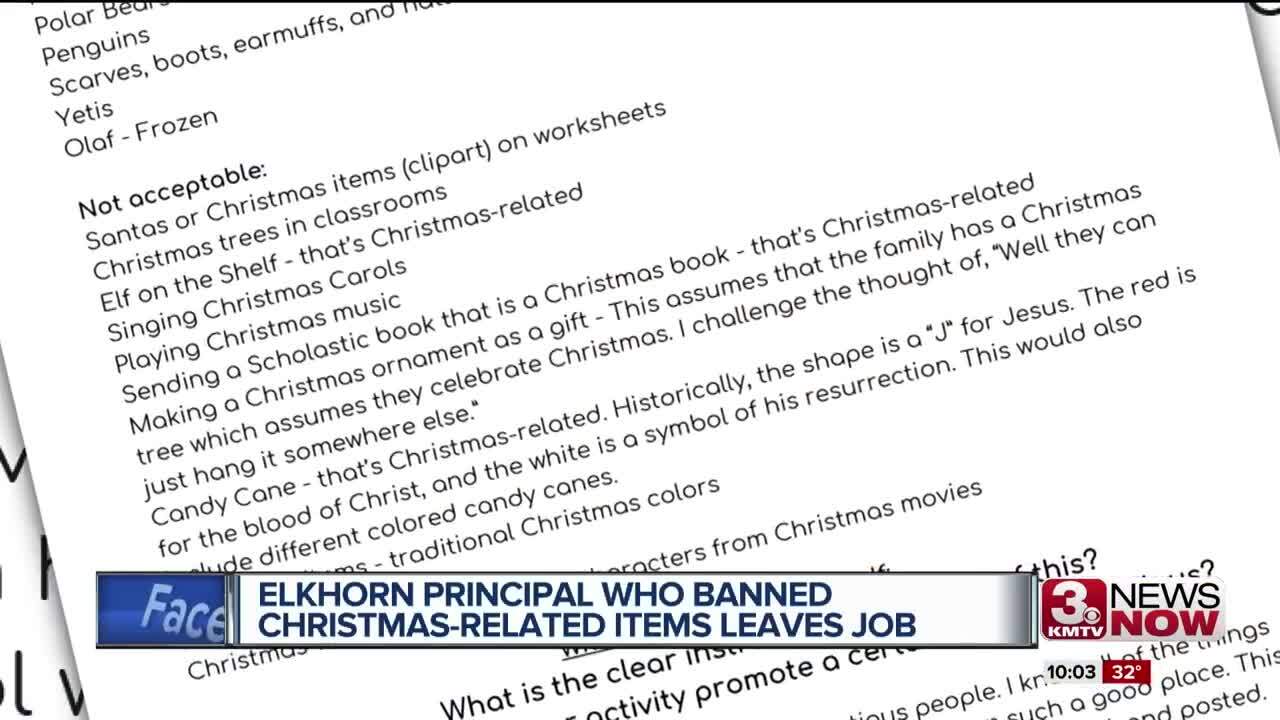 ELKHORN, Neb. — An Elkhorn principal is out after she sent a memo to teachers banning Christmas-related items back in December.

Dr. Jennifer Sinclair sent out a detailed list of do's and don'ts for the holiday season, things like Santa, Christmas trees, Christmas music, candy canes and ornaments were deemed unacceptable, causing an uproar from parents in the area. Sinclair was subsequently put on leave and it was announced Monday she would not return to her role as the principal of Manchester Elementary.

"Due to the level of attention that Dr. Sinclair's memo received, Dr. Sinclair and the District stand united that it is in the best interest of Manchester Elementary that she not resume the Principal position," EPS Superintendent Dr. Bary Habrock said in a release.

Although she will not be returning as a principal, Sinclair has agreed to assume a curriculum position with the district for the rest of the year.