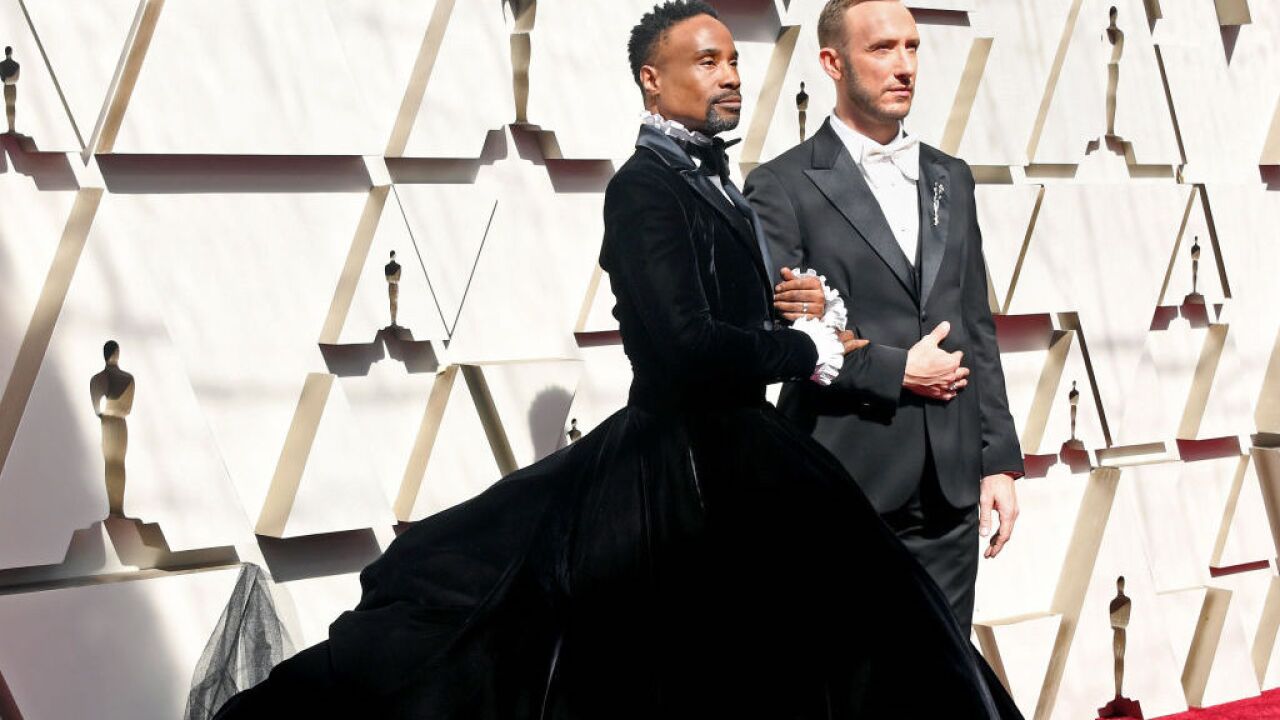 Actor Billy Porter turned heads on the red carpet Sunday by wearing a dress to the 91st Academy Awards.

According to The Hollywood Reporter , the black velvet gown and jacket were designed by Christian Siriano.

Siriano tweeted that Porter was "shutting the red carpet down" in the dress.

Porter told The Hollywood Reporter that he always uses his clothes "as a tool for self-expression."