Burglars hit homes of Rihanna, other celebrities based on social media, police say 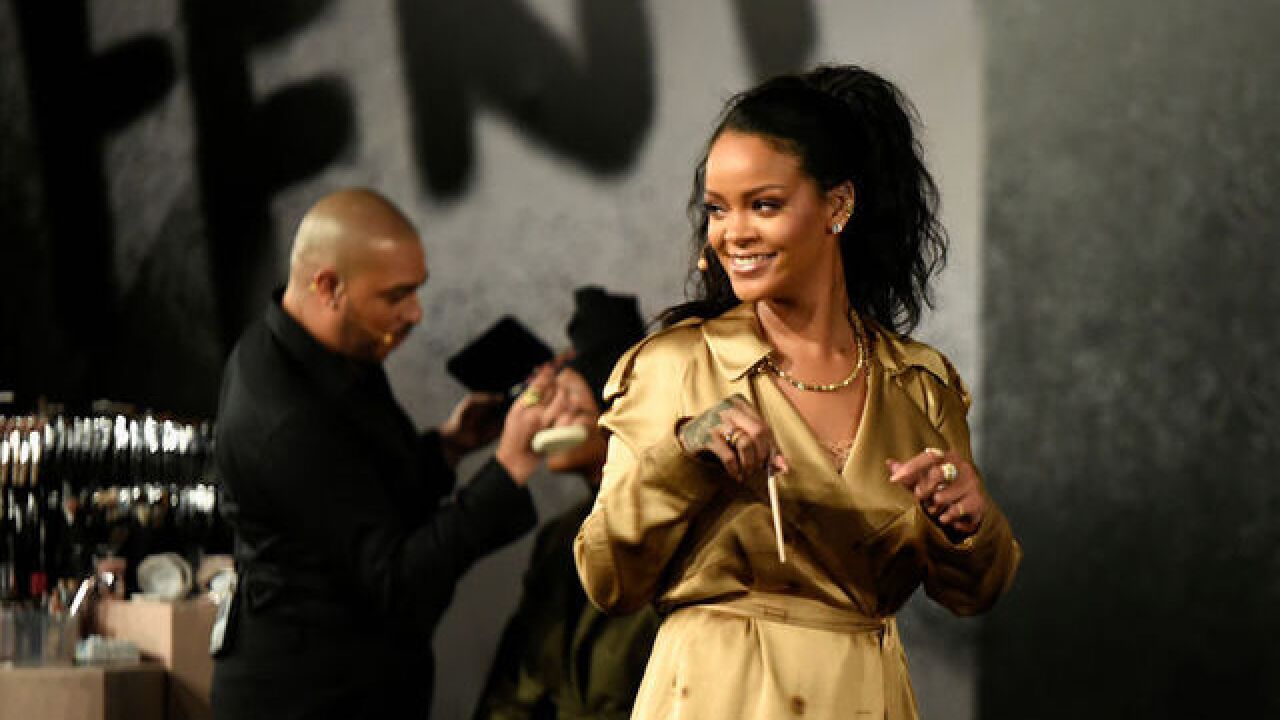 Image copyright 2018 Getty Images. All rights reserved. This material may not be published, broadcast, rewritten, or redistributed.
Mark Ganzon
<p>Rihanna walks on stage during her Fenty Beauty talk in collaboration with Sephora, for the launch of her new Stunna Lip paint 'Uninvited' on September 29, 2018 in Dubai, United Arab Emirates.</p>

For weeks, sophisticated burglars broke into the homes of Hollywood's biggest names and escaped with valuable items, leaving puzzled neighbors wondering who's next.

With every heist, the number of entertainers and athletes burglarized grew to include a who's who of Los Angeles, from singers Rihanna and Christina Milian, to baseball player Yasiel Puig and football player Robert Woods.

Investigators now say what seemed like a string of random burglaries targeting celebrities is part of a gang operation in which suspects picked the homes based on social media postings and celebrities' travel schedules.

Police arrested three teens and a 34-year-old woman in connection with the burglaries, and recovered numerous items they believe were stolen from celebrity homes, Capt. Lillian Carranza of the LAPD Commercial Crimes Division said at a news conference Tuesday.

One suspect, Tyress Williams, 19, of Los Angeles, was charged Tuesday with four felony counts of first-degree burglary, according to a criminal complaint.

Prosecutors alleged Williams burglarized the homes of Rihanna, Milian, Puig and Woods -- all between August 24 and September 27. It's unclear whether the other three suspects have been charged. CNN has reached out to the District Attorney's office.

Police arrested three suspects during an unrelated traffic stop after Woods' home was burglarized on September 27.

During the stop, authorities said they recovered stolen items in the car, and issued search warrants for their homes. There, they found $50,000 in cash, watches, jewelry, designer bags and other valuables, Carranza said.

At the homes, detectives also found a list of other celebrities the suspects planned to burglarize, including Viola Davis, LeBron James and Matt Damon. Authorities have warned them to increase their security, she said.

Burglars dressed up to break into homes

When the suspects scouted celebrity neighborhoods before the burglaries, they wore button-down shirts and drove luxury cars to avoid attracting attention, Carranza said.

Once they picked a home to burglarize, one of them would knock on the door, she said.

If no one answered, the others would break in and run to the master suite, where they would ransack the room looking for valuables such as cash, jewelry and firearms, Carranza said. They left within minutes, before the alarm companies had time to respond, she said.

"Suspects refer to this practice as flocking. They flocked like birds to areas where the rich and famous resided," Carranza said.

"Once a potential target home was selected, a larger vehicle would be utilized to give the suspects the opportunity to change into more comfortable clothing and hoodies to avoid being recognized and cart away the stolen goods," Carranza said.

If found guilty, Williams faces a maximum sentence of 10 years in prison.