CMA Awards: 3 things to watch for in tonight's show 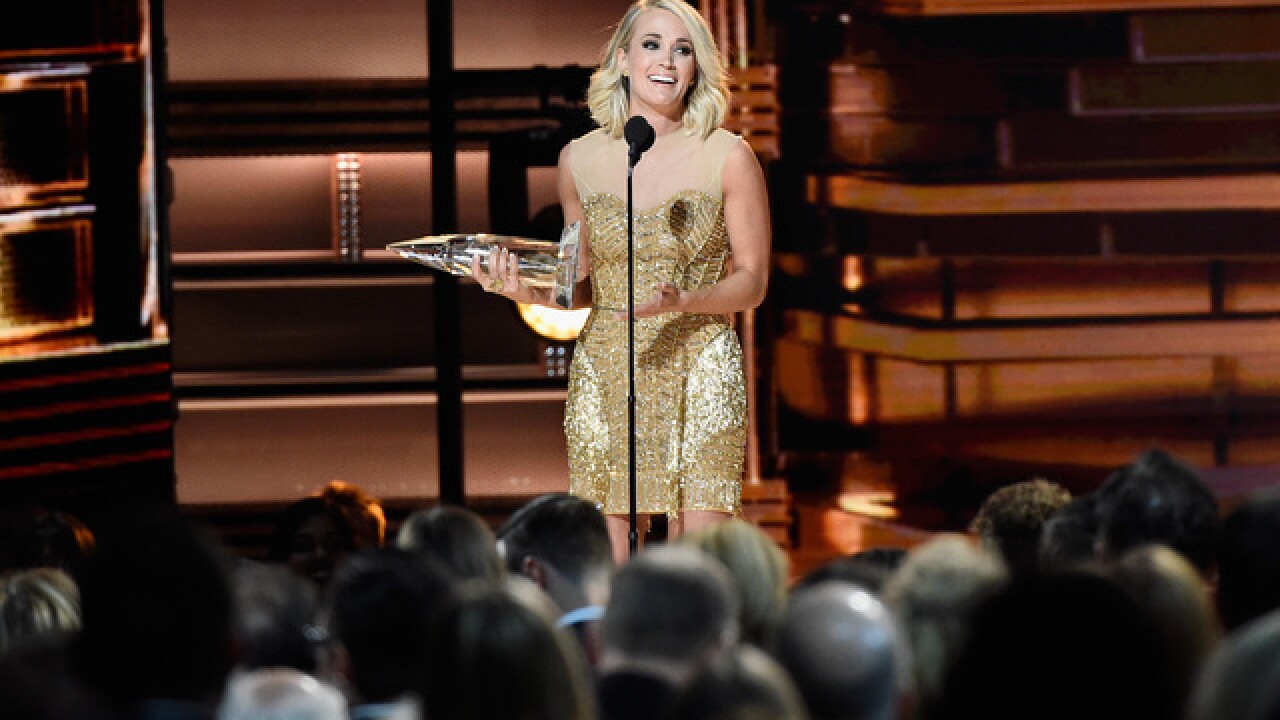 Copyright 2017 Scripps Media, Inc. All rights reserved. This material may not be published, broadcast, rewritten, or redistributed.
Gustavo Caballero
<p>NASHVILLE, TN - NOVEMBER 02: Carrie Underwood accepts the award for Female Vocalist of the Year onstage at the 50th annual CMA Awards at the Bridgestone Arena on November 2, 2016 in Nashville, Tennessee. (Photo by Gustavo Caballero/Getty Images)</p>

This year more than ever the national spotlight will be on Nashville for "country music's biggest night."

The 51st Annual CMA Awards will air live from Bridgestone Arena in Nashville, Tennessee tonight at 7 p.m. (CT) so here are three things to keep an eye out for.

1. The response to the shooting in Las Vegas

CMA Awards host Brad Paisley has already told us there will be some kind of acknowledgment to the shooting in Las Vegas that left 59 people dead at a country festival where Jason Aldean was playing just over a month ago. What that nod will look like and how prominent in the show it is remains to be seen.

Paisley and co-host Carrie Underwood often have a light, joking dialogue throughout the show. Entering their 10th year on stage together they have tackled everything from politics to pregnancy in their hosting gig. This topic will present as especially tough though as they work to balance a night of celebrating country music with honoring those who lost their lives.

The CMAs have been known for pairing up some of the biggest stars in country music with A-list names from other genres. This year will be no exception as reigning New Artist of the Year Maren Morris joins pop star Niall Horan.

Pink, who found success with Kenney Chesney on "Setting The World On Fire", is also set to perform at the show.

They join a dozen other previously announced performances from country music artists, including a duet between Female Vocalist of the Year nominee Kelsea Ballerini and icon Reba McEntire.

3. What will be said on the red carpet?

After a high profile pushback last week following a release of media guidelines by the CMAs that instructed journalists to not bring up gun rights or politics, the reaction on the red carpet will be interesting.

It started with a note to journalists asking them not to discuss certain topics with artists on the red carpet or backstage. Doing so could result in having their credential pulled and being walked out of the event.

Fans and artists alike were quick to raise an eyebrow. Show co-host Brad Paisley even went as far to call out the rule, saying on Twitter that it was "unfair and ridiculous". Less than 24 hours later the CMAs issued an apology for the initial guidance and pulled back the rule.

Now that the topic is back in the open fans will have to wait until artists arrive on the red carpet to see if they address the issue head-on or stick to the theme of the night, celebrating country music.