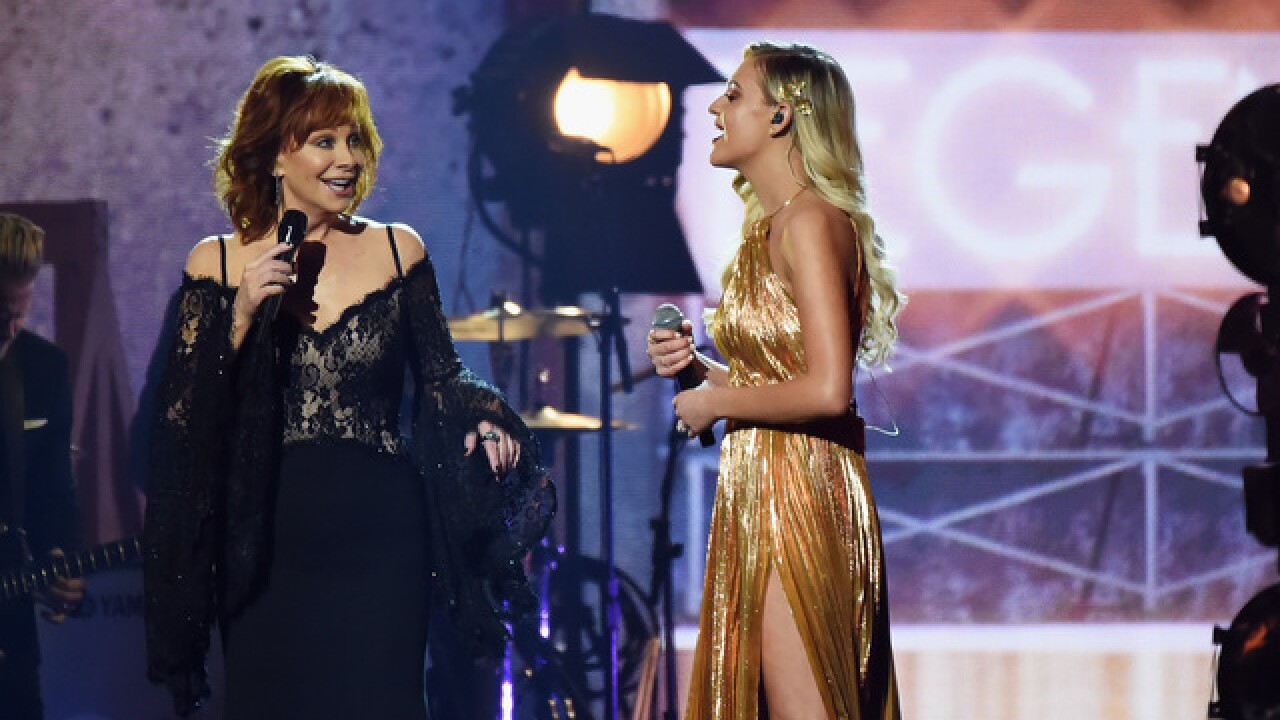 It was a pairing of a star in the making with a legend who has forever left her mark on country music.

Female Vocalist of the Year nominee Kelsea Ballerini was paired up with Reba McEntire during the special performance at the 51st Annual CMA Awards in Nashville on Wednesday night.

Scripps talked with Ballerini before the performance about what it would be like to perform with McEntire. She shared they went to dinner together to break the ice and felt confident in the performance.

Their duet Wednesday night did not disappoint as the pair took the stage in contrasting black and gold dresses.

Reba would come back to the stage to close the show by presenting Garth Brooks with the award for Entertainer of the Year.