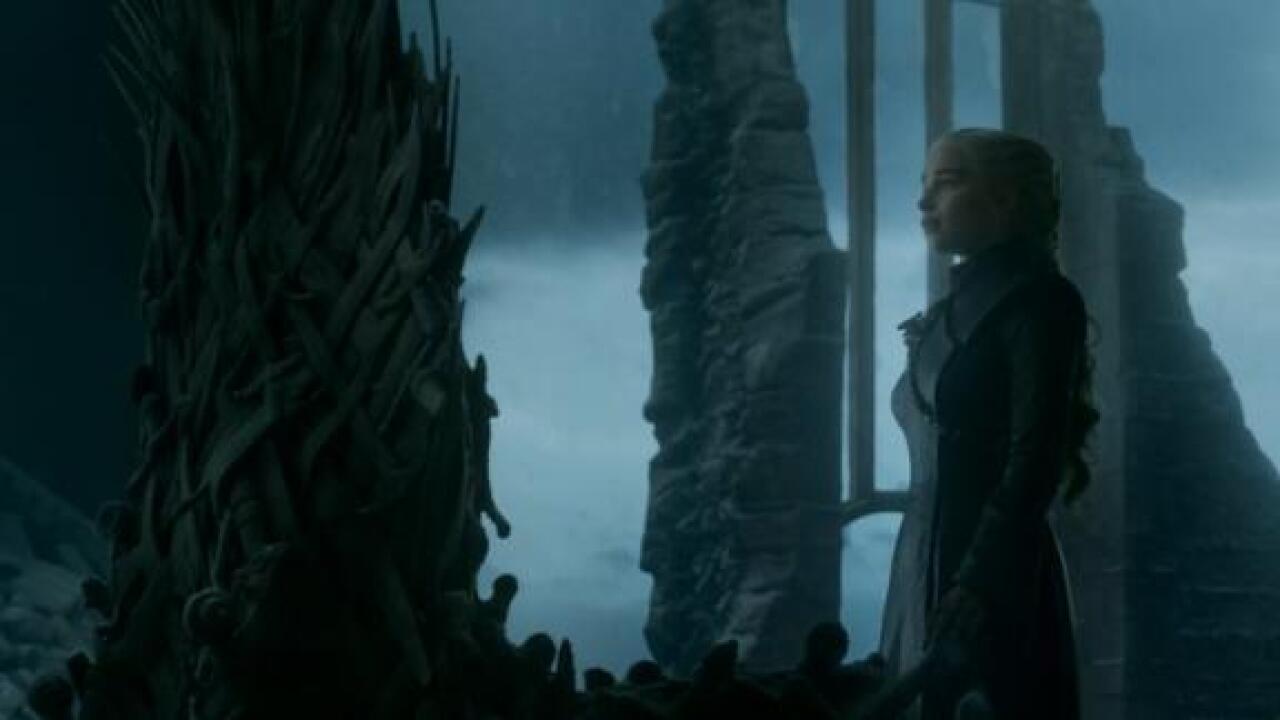 The final episode of " Game of Thrones " brought in a series record of 19.3 million viewers.

The finale, titled "The Iron Throne," broke the record set by last weekend's episode, "The Bells," for which 18.4 million viewers tuned in.

The viewership for "The Iron Throne" includes 13.6 million people who watched the episode on HBO at 9 p.m. Sunday night, making it the most-watched telecast in the network's history, according to HBO. The rest were viewers who watched an encore presentation, or who streamed the show with the HBO Go or HBO Now apps.

"Game of Thrones" numbers are pretty big by TV standards. For example, "The Big Bang Theory," one of TV's most popular sitcoms, nabbed 18 million viewers for its finale this week.

Season eight of the series is averaging 44.2 million viewers per episode when you account for delayed viewing.

The "Thrones" series finale, which capped off a story that was nine years in the making, was one of the most anticipated in television history.

Many critics and fans on social media saw the ending as a let down. As of Monday morning, the episode had a user rating of 4.8 out of 10 on IMDB and a 57% score on review site Rotten Tomatoes .

But not all saw it that way. The AV Club's Alex McLevy, for instance, found the finale to be a " pensive but simple meditation about stories ."

"This hasn't been 'Game of Thrones'' finest season by any metric, yet it's far from the disaster some make it out to be," McLevy wrote.

CNN's TV and movie critic Brian Lowry said that overall the episode "wasn't a one-for-the-ages finale" but wasn't "an unworthy one either."

"Flaws and all, 'Game of Thrones' rewrote the rules for a TV epic, providing a brilliantly cast serialized storyline, produced with a scope and scale that rivaled theatrical blockbusters," Lowry wrote .