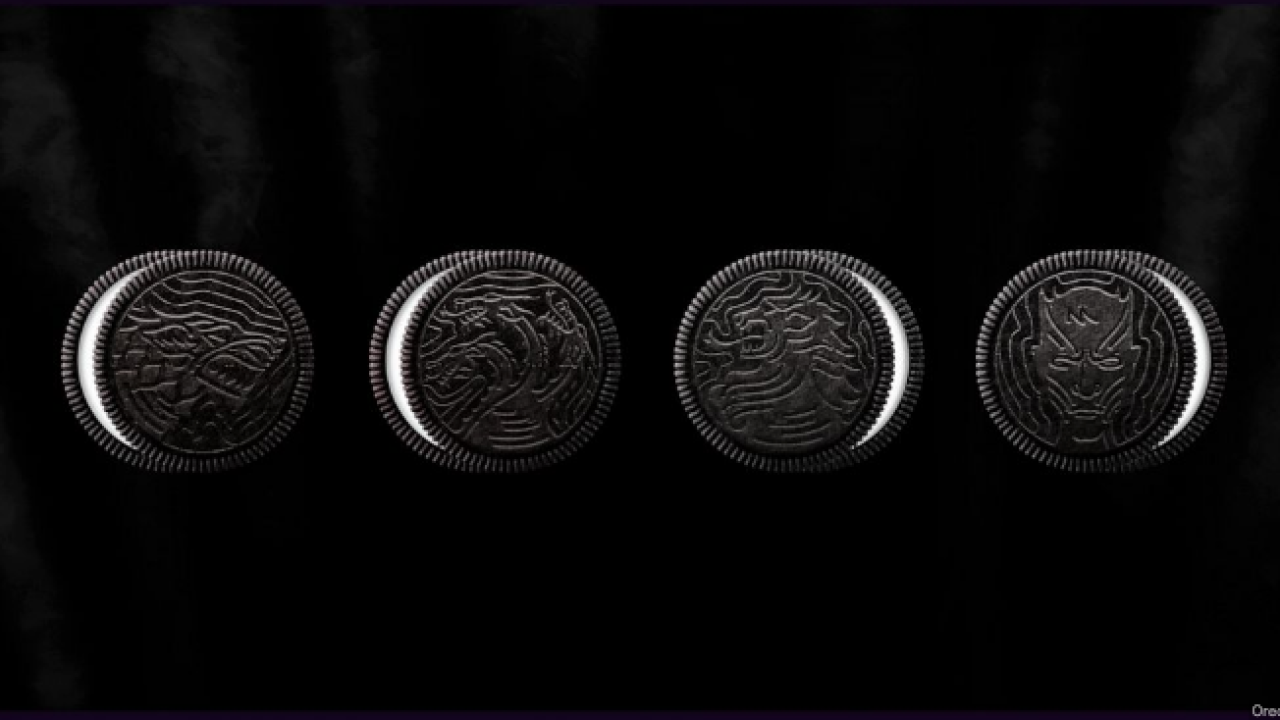 Now we know what those White Walkers are snacking on between filming scenes.

Oreo is releasing a limited edition "Game of Thrones" cookie, but before the release, it has published a title sequence video featuring 2,750 Oreo cookies.

The cookies feature the logos of the big houses in GoT: House Lannister, House Targaryen, House Stark and the Night King. Fans are encouraged to take a photo of their Oreo cookie choice and post to social media with the hashtags #GameOfCookies and #ForTheThrone.

The cookies will hit store shelves on April 8, and the eighth and final season of "Game of Thrones" begins airing April 14 on HBO.