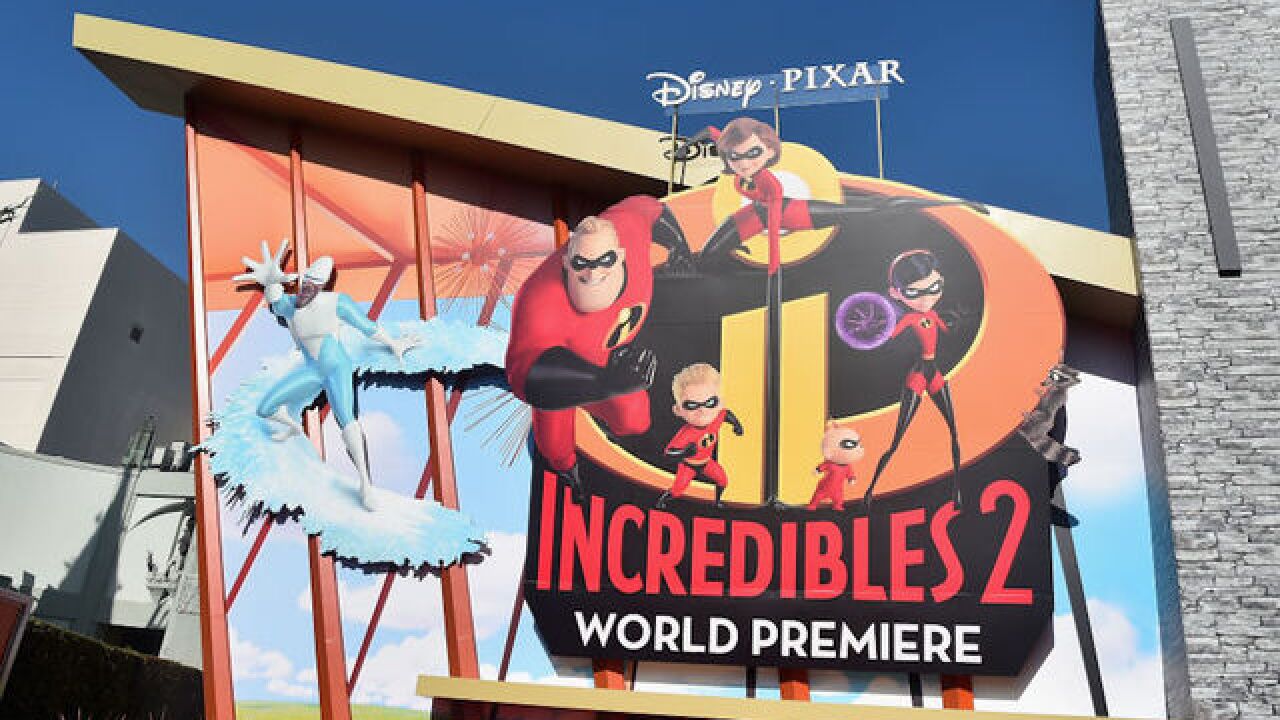 Image copyright 2018 Getty Images. All rights reserved. This material may not be published, broadcast, rewritten, or redistributed.
Alberto E. Rodriguez
<p>A general view of the atmosphere during the World Premiere Of Disney-Pixar's "Incredibles 2" at El Capitan Theatre on June 5, 2018 in Los Angeles, California. </p>

Moviegoers seeing Disney's "Incredibles 2" might notice some health-related warning signs posted regarding the film, which had the biggest box office opening for an animated movie ever.

The Pixar movie hit theaters in the United States on Friday. Over the weekend, several fans who saw the flick posted on Twitter that there were some scenes containing flashing lights that could be concerning for people with photosensitive epilepsy or other photosensitivities. CNN has reached out to Disney for comment.

Just a day after those posts garnered attention, notices were displayed in theaters warning audiences about the movie's visual effects.

Kristin Supe, an associated faculty member in the Department of Psychology at the Ohio State University in Columbus, shared a photo of a warning sign on Twitter on Saturday.

"They were posted on doors and ticket windows. I took the picture and tweeted about it because I like for students to see how class material applies to the real world and daily life," said Supe, who sometimes lectures about the disorder.

"In general, seizures are uncontrolled electrical activity in the brain. Seizures can have a wide variety of effects depending on the type, severity and focus," she said. "Epilepsy is diagnosed when seizures occur repeatedly. Photosensitive epilepsy affects a very small percentage of those with epilepsy."

The warnings pertain to the 3% of people with epilepsy for whom visual stimulation at certain intensities -- such as flashing lights or moving patterns -- can trigger seizures.

About 50 million people worldwide have epilepsy, making it one of the most common neurological diseases, according to the World Health Organization.

"Some individuals without photosensitive epilepsy can also have sensitivities to similar stimuli, and this could cause migraines or other conditions," Supe said.

In 1997, flashing lights in the popular television cartoon "Pokemon" were tied to more than 600 cases of convulsions, vomiting, irritated eyes and other symptoms among children in Japan.

"Members of our community have expressed concerns about flashing lights in the new Disney Pixar movie 'Incredibles 2,' and, in certain instances, people having experienced a seizure during the movie," said a statement posted online Saturday by the Epilepsy Foundation.

"We stand with our epilepsy warriors and their families as they voice their concerns about the movie and appreciate the efforts some theaters have already made to post warning signs for people waiting to see the movie," the statement said.

Meanwhile, this week, Supe plans to take her 3-year-old son to see the film, which will be "his first movie in the theater" experience, she said.

"We're big fans of the first movie, and we're looking forward to 'Incredibles 2,' " she said.