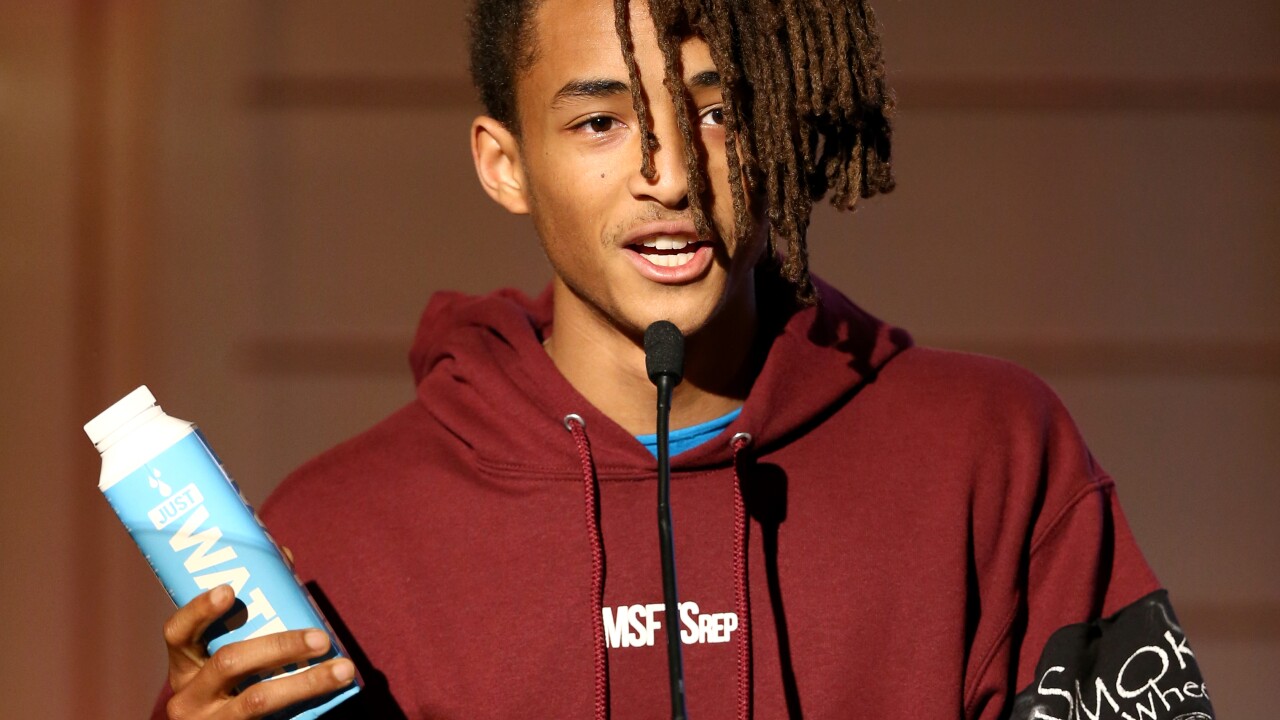 DETROIT — Jaden Smith is helping the residents of Flint, Michigan, through a new initiative. The rapper, actor and co-founder of the eco-friendly company JUST Water has partnered with a local Flint church to deploy a mobile water treatment system.

The system is called "The Water Box" and it filters out lead and additional contaminants in water, according to a press release.

Flint's water crisis began in April 2014 after the city's water source was switched from the Detroit River to the Flint River, which resulted in city-wide lead contamination of public drinking water. First Trinity Missionary Baptist Church in Flint has been on the front line of the battle to restore drinkable water in the city. The church has also given out more than 5 million bottles of water to local residents.

In 2018, the free bottled water program set up by the state was ended under former Gov. Rick Snyder. However, a recent announcement by newly appointed Michigan Gov. Gretchen Whitmer states that the program will be reinstated . Bottle donations for the city have declined and accessing clean water continues to be an issue, which is why JUST Water stepped in to assist, according to a release.

“This has been one of the most rewarding and educational experiences for me personally," Smith said. "Working together with people in the community experiencing the problems and design(ing) something to help them has been a journey I will never forget. We are planning to deploy more water boxes in Flint and other communities facing similar challenges."

The Water Box will produce up to 10 gallons of clean drinking water per minute. The water is tested each day with use, as well as every few weeks by an independent and certified laboratory.

Residents will be able to fill any container of their choice with the clean water. The filtration device will be available through the church with set distribution times.

“We are committed to serving the community in which we worship in,” said Ezra Tillman, pastor of First Trinity Baptist church.

Jaden Smith and his partner Drew FitzGerald are the co-founders of JUST goods and of 501CTHREE.org . The Water Box initiative is also in partnership with The Last Kilometer, Rethink H20 with help from Black Millennials For Flint.