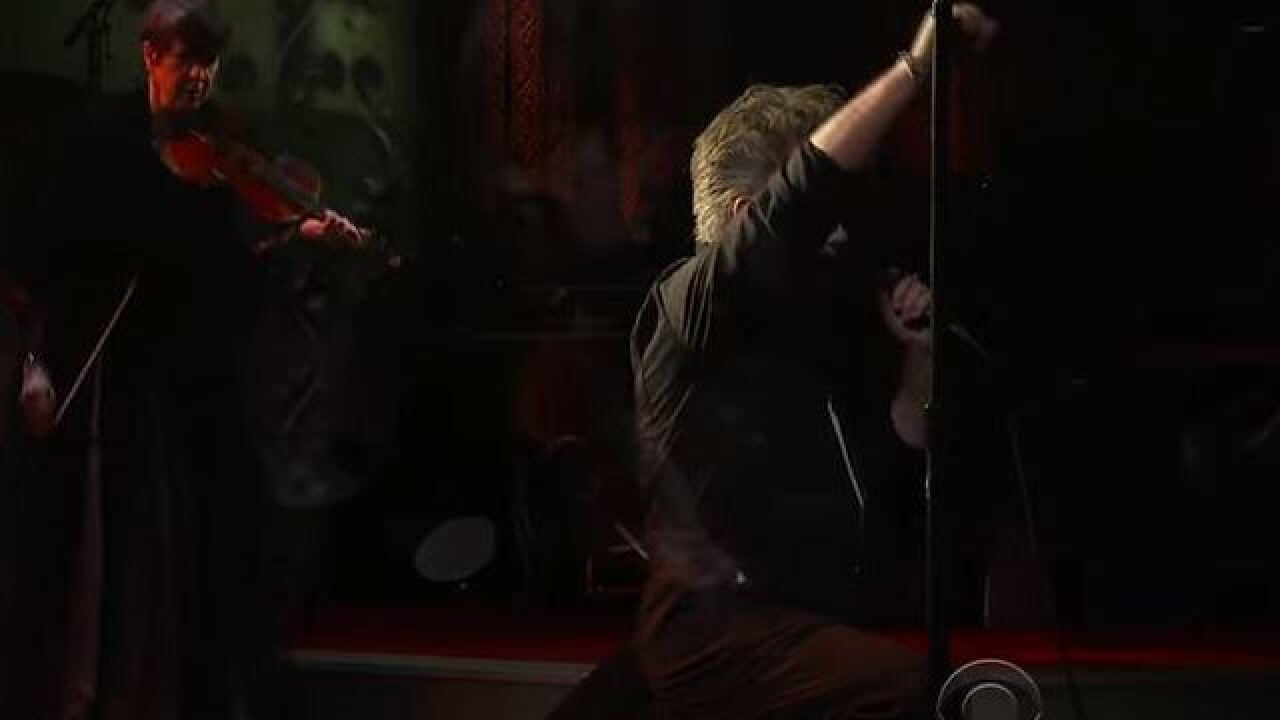 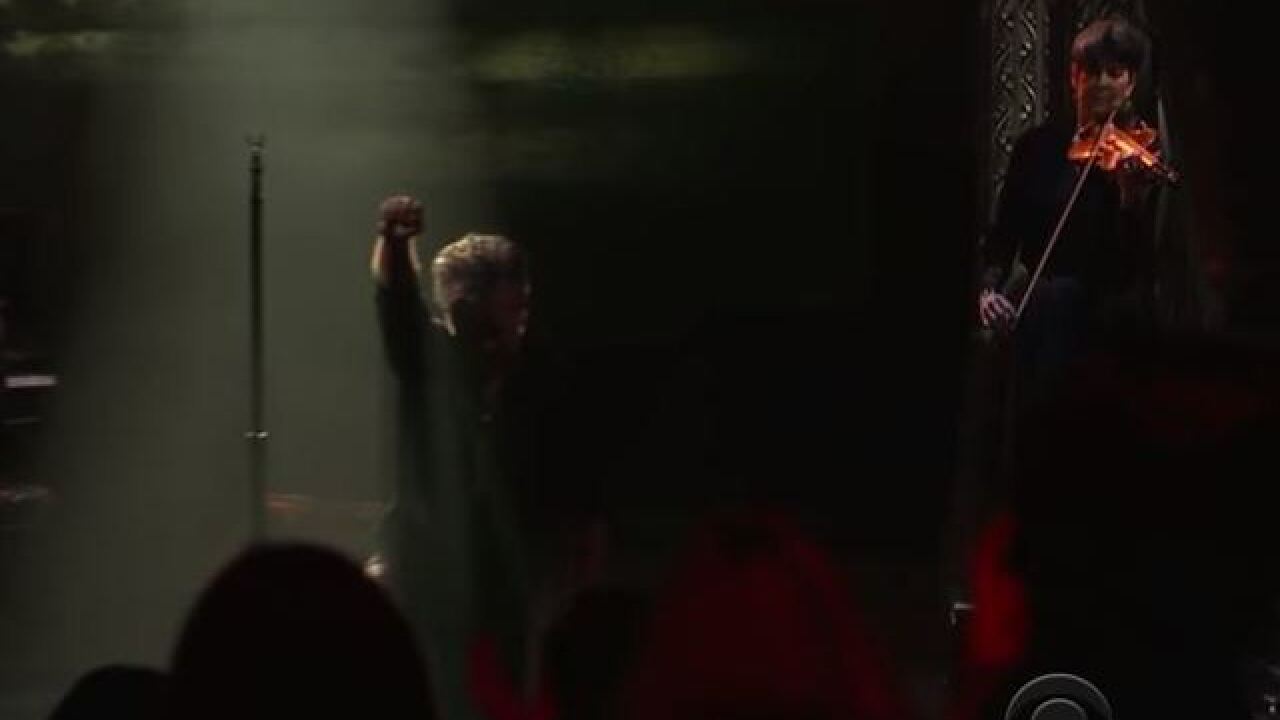 NEW YORK  — John Mellencamp sank to his knees in support of the Black Lives Matter movement after a performance on “Late Show With Stephen Colbert" on Thursday evening.

The musician performed his song "Easy Target" to which was originally released on the eve of President Trump's inauguration in January 2017.

The song addresses racial inequality and Mellencamp references the Black Lives Matter movement with his lyrics such as:

"So Black Lives Matter, who we tryin' to kid. Here's an easy target. Don't matter, never did."

"All of us are created equal - equally beneath me and you."

At the end of his performance, Mellencamp knelt and lifted his right fist into the air.

You can watch his performance below.

The movement was started by former 49ers quarterback Colin Kaepernick last season. He took a knee during the National Anthem to silently protest racial inequality and treatment of black Americans, particularly by police.

The protests prompted President Donald Trump to tweet that NFL owner should "fire or suspend" players that "disrespect" the "flag & country."

“Taking the knee started purely and simply as a protest of racial and social injustice,” Mellencamp told The Associated Press. “Sadly it was politicized by the current administration. The song is simple and the protest is pure.”