Mattel expands definition a 'Barbie girl in a Barbie world' with diversity, including more Ken dolls 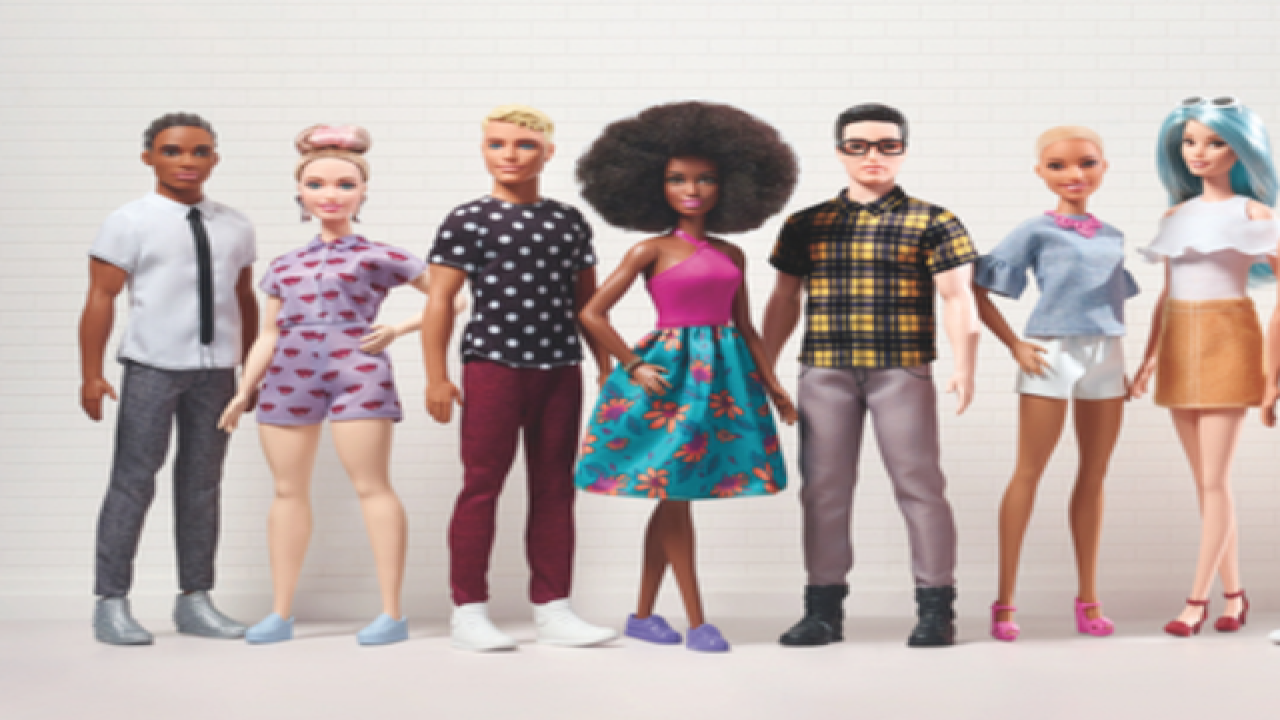 Copyright 2017 Scripps Media, Inc. All rights reserved. This material may not be published, broadcast, rewritten, or redistributed.
Mattel, Inc.
New skin tones, hairstyles, body types and even eye colors have been created in an expansion of the brand's "Fashionistas" line.

Mattel is introducing new Barbie dolls that will allow children to truly identify with being a Barbie girl (or boy) in a Barbie world, with its diverse "New Crew" collection.

New skin tones, hairstyles, body types and even eye colors have been created in an expansion of the brand's "Fashionistas" line.

The rollout comes after weak sales for maker Mattel in the first quarter of 2017.

"The world's biggest toymaker, reported a bigger-than-expected drop in quarterly sales on Thursday, hurt by weak demand for key brands Barbie and Fisher-Price and due to big discounts to move inventory left after weak holiday sales." --Reuters (April 20, 2017)

Children are now more likely to see dolls on the store shelf that look like the women and men they see everyday and not just the classic blonde, petite Barbie that Mattel built the brand on.

All the Ken dolls

While Barbie is a character within herself, she is known for her relationship with Ken--who, until now, has been created as a blonde-haired, blue-eyed, tan, muscular doll.

Barbie's trusted partner will now have a whole new look, with Ken being introduced in ways that consumers have never seen him before.

"By continuing to expand our product line, we are redefining what a Barbie or Ken doll looks like to this generation," said Lisa McKnight, Senior Vice President and General Manager of Barbie in a press release. "Evolving Ken was a natural evolution for the brand and allows girls to further personalize the role they want him to play in Barbie's world."

But, Ken won't be the center of attention for long. The expansion of the line introduces consumers to 25 diverse Barbie dolls in the "New Crew," who sport various hairstyles, fashion choices and skin tones on diverse body types.

The new Fashionistas line launched at retailers nationwide in June.