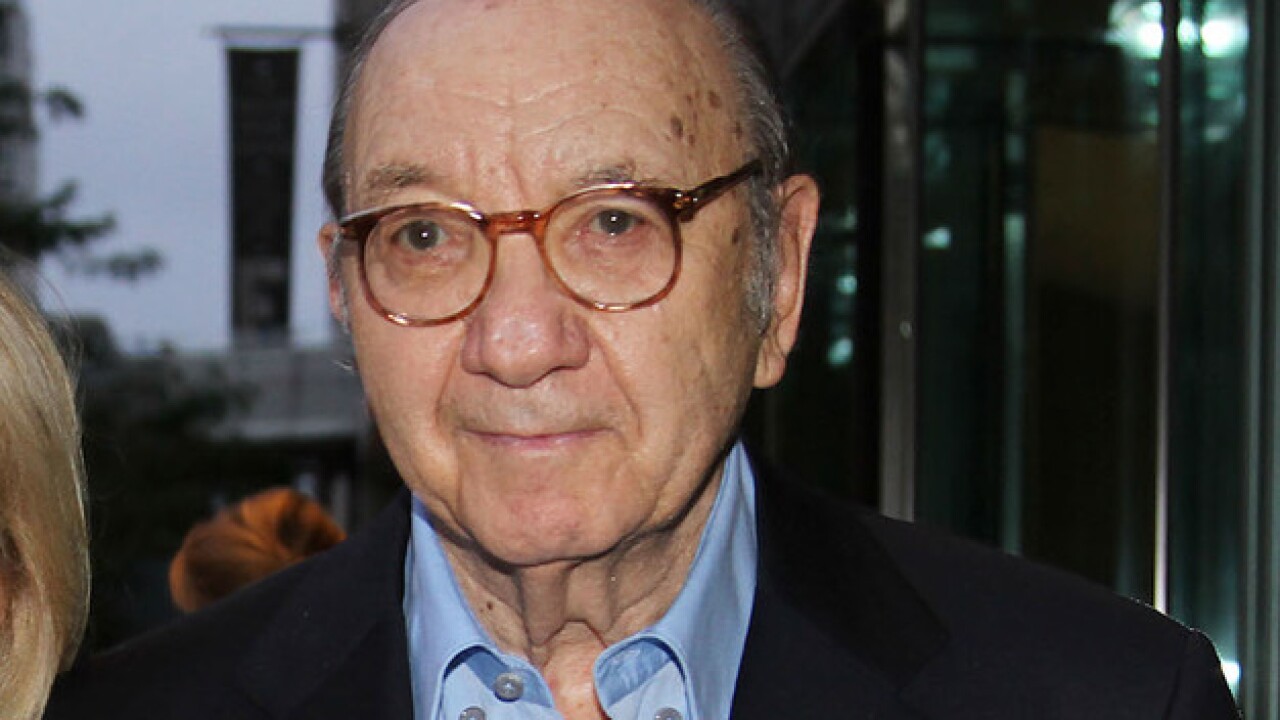 Neil Simon, the playwright and screenwriter whose indestructible comedies -- including "The Odd Couple," "Barefoot in the Park," "The Sunshine Boys" and "Brighton Beach Memoirs" -- made him one of the most successful writers in American history, has died. He was 91.

The cause of death was complications with pneumonia, according to a statement from public relations firm DKC/O&M.

A member of the famed "Your Show of Shows" writing staff for Sid Caesar, Simon was an entertainment mainstay for more than six decades. Starting with his first Broadway success, "Come Blow Your Horn" (1961), there was seldom a time when a Neil Simon work couldn't be found on stage or screen (or, occasionally, television).

At one point, in the late 1960s, he had four shows on Broadway at once.