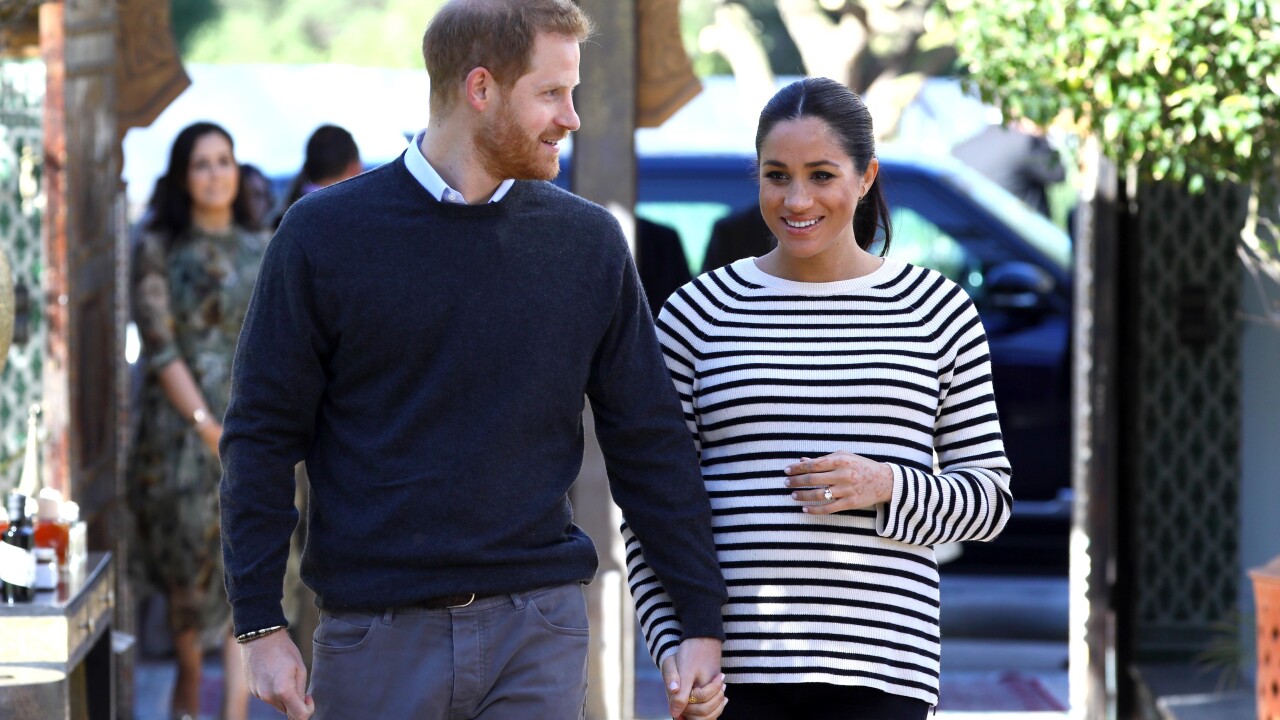 Racist abuse targeted at the Duchess of Sussex, Meghan Markle, increased on Twitter and Instagram in the weeks and months after the announcement of her pregnancy, sources have told CNN.

Kensington Palace staff are devoting more resources to deleting comments and blocking abusive accounts. Software is being used to filter out the use of the n-word as well as emojis of guns and knives.

As part of the effort, the royal family issued a set of guidelines last week for people engaging with its social media channels.

Separately, the advocacy group Hope Not Hate analyzed a sample of more than 5,000 tweets containing the most commonly used anti-Meghan hashtags. The analysis of the tweets, posted between January and the middle of February, shows that a tight-knit group of accounts is behind much of the trolling.

Twenty accounts were responsible for about 70% of the tweets, sharing anti-Meghan hashtags, pictures and memes. The fact that such a small number of users generated such a large number of the tweets suggests that the accounts were created for the purpose of producing negative content about the duchess, Hope Not Hate said.

The Twitter bios associated with the users typically contained Meghan-related hashtags like #Megxit and #Charlatanduchess, as well as political hashtags like #Brexit and #MAGA (Make America Great Again), sometimes in combination.

Some of the accounts also shared links to far-right websites and social media pundits. Many posts used racial epithets to describe Meghan. However, there is no evidence that the accounts analyzed by Hope Not Hate are part of a far-right campaign against the Duchess.

Since Meghan and Prince Harry's relationship was first revealed by the media in 2016, there have been references in articles to Meghan's "rich and exotic DNA," reports that her "family went from cotton slaves to royalty" and claims that the Los Angeles native was "(almost) straight outta Compton," in a reference to the NWA song.

There was a brief lull in the negative coverage after Prince Harry instructed his spokesperson to issue a statement in November 2016 before the couple married, calling out "the racial undertones of comment pieces and the outright sexism and racism of social media trolls and web article comments."

Yomi Adegoke, author of Slay in Your Lane: The Black Girl Bible, said Meghan was very much a departure from what most people associate with the British royal family.

"She's foreign, not just by being American, but she's got black heritage, she's a divorcee," Adegoke said.

"She's just a very different type of person and somebody that I don't think your average British member of the public thinks of when they think of the word duchess or royal family at all."

Much of the trolling exploits the claims of a rift between Meghan and her sister-in-law, the Duchess of Cambridge. Where Kate is lauded by the media for exposing her shoulder in a dress, Meghan is accused by the tabloids of breaking royal protocol for doing similar.

When Meghan wears dark nail polish, the "vulgar fashion move" is criticized for breaking royal protocol "again." Meanwhile, Kate is said to opt for "subtle" shades more in keeping with the Queen's preferences.

There is no protocol on nail varnish in the British monarchy.

Type "Meghan" and "Kate" in to Google News and you get reams of eye-popping stories comparing the sisters-in-law based on what the palace says is a manufactured feud.

"It's just clickbait," a source close to both duchesses told CNN.

The pressure to produce ever more dramatic headlines to drive traffic is intense, perhaps even more so when it comes to Meghan than when Kate Middleton entered the royal family. Back then, the running theme was how Kate came from working-class roots .

So, is there any truth to the rift? The duchesses were in their 30s when they met, and already had their own established, close-knit groups of friends. And while the pair may not hang out together or call each other regularly, the source tells CNN, they are friendly and they text one another -- linked as they are by a common bond.

The alleged rift has also been cited as the reasons Meghan and Harry are moving out of Kensington Palace and plan to establish their own office. But CNN's source said this is more to do with Harry wanting greater independence, and William needing his own team in preparation for so-called "reign change," when Charles will become King and William will step up as the Prince of Wales.

At a royal foundation event in February 2018, Harry and William suggested that if there were any disagreements, they were between the brothers, and not the wives.

The royal press pack has pushed back against accusations that they are biased against Meghan. They say they are just doing their job, covering the news without prejudice, and they claim they do far more positive stories about Meghan than negative ones. But online trolls have exploited the "othering" of Meghan on online news sites and gossip pages and reports of a feud between her and Kate.

Hope Not Hate researcher Patrik Hermansson said he was surprised to see discussions about Meghan, which he described as "pure conspiracy theories," suggesting she isn't really pregnant but is wearing a fake baby bump.

"The way I understand that ... it's an attempt to distrust and make her seem unreliable and distrustful," he said.

Meghan and Harry's forthcoming child will be the first known mixed-race baby in the royal family's thousand-year history. Adegoke, the author, said speculation is rife about his or her likely appearance.

"There's all these coded conversations happening about what the baby will look like, and it sounds really horrible to think, but a lot of people offered up the idea that the blacker the baby looks, the worse its treatment will be."

"Meghan Markle fits into this bigger idea of the West and the UK in decline," he said. "She does that by not fitting in, by being who she is, which is mixed race. People tie these things so much to what they think it means to be British, which is white. So, it has a racial element to it."

"But there's also this idea of cultural decline -- [that] what we were before, a strong palace, a monarchy, an empire ... is falling apart, and that of course is brought on by these other far-right conspiratorial ideas, like what mass immigration is doing with our society, the replacement of British people of British culture."

That narrative has already been used to troubling effect; in December last year, a UK offshoot of a violent US neo-Nazi group posted an image calling for Prince Harry to be shot, according to a BBC investigation. And they accused him of being a "race traitor" for marrying a mixed-race woman.

"Those ideas can enable people and... motivate people to take direct action in a violent way. There are lots of examples of that in just the last [few] years," said Hermansson.

Harry and Meghan's 2018 wedding was hailed as a moment that united British society, and cemented the country's connection with the US; the announcement that a new royal baby was on the way should have bound them still closer.

But the marriage and the impending arrival of baby Sussex have also exposed divisions which a very small group of people are keen to exploit to spread their message of hate.