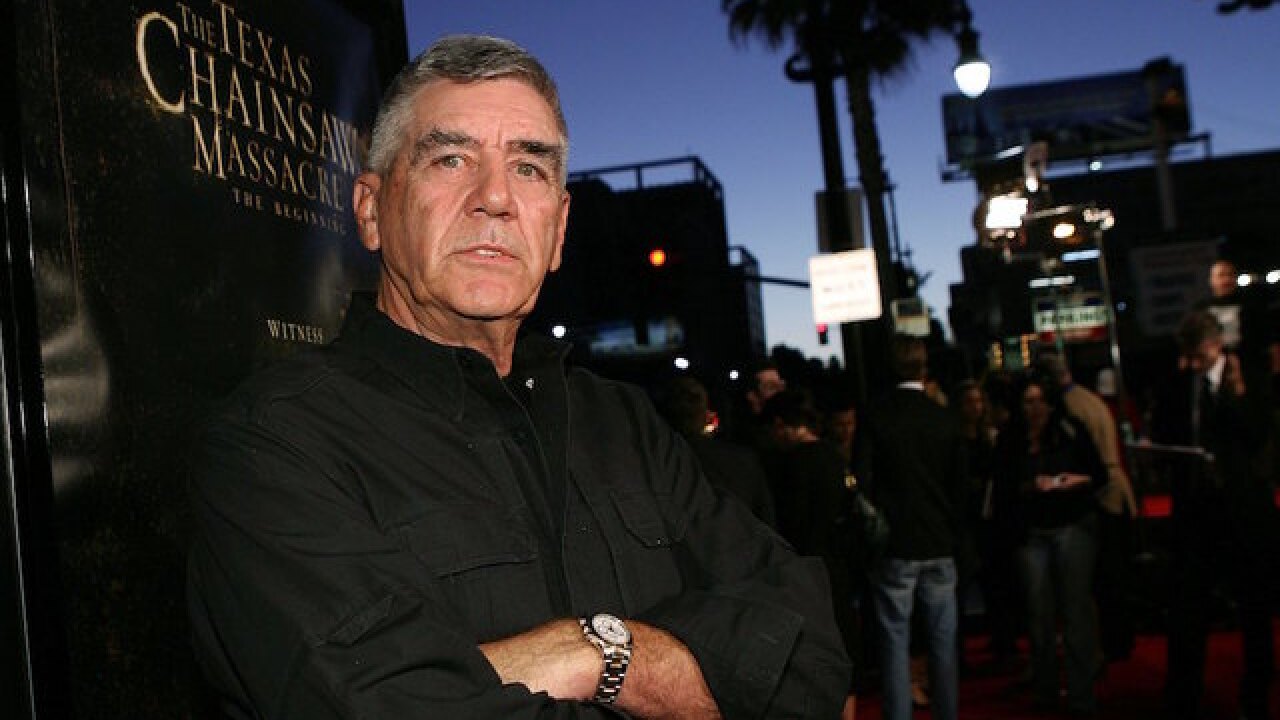 R. Lee Ermey, the actor known for his Golden Globe-nominated role as an intimidating drill sergeant in "Full Metal Jacket," died Sunday at the age of 74, according to a statement from his manager.

Ermey died from complications of pneumonia, according to Bill Rogin, his manager, in a post on Twitter. CNN's calls and emails to Rogin were not returned.

Ermey played the role of the tough Gunnery Sgt. Hartman who trains a new group of recruits in the 1987 film "Full Metal Jacket." He received a Golden Globe best supporting actor nomination for his role in the movie directed by Stanley Kubrick.

The Vietnam veteran brought authenticity to the role after having spent 11 years in the Marine Corps from 1961 to 1972. He spent two years as a drill instructor at the Marine Corps Recruit Depot San Diego and rose to the rank of Staff Sergeant. He was medically retired for injuries in 1971 and in 2002 he received an honorary promotion to Gunnery Sergeant, according to a biography on his website.

"It is extremely difficult to truly quantify all of the great things this man has selflessly done for, and on behalf of, our many men and women in uniform," Rogin said in a statement issued on Facebook.

"He has also contributed many iconic and indelible characters on film that will live on forever."

The US Army tweeted: "Rest In Peace, Gunny. We are grateful for your service to our country and for supporting our servicemembers. Semper Fi."

He also did voice overs and lighter content, lending his voice to "The Simpsons" and "Family Guy," as well as the "Toy Story" movies, where he voiced Sergeant or just "Sarge," the green Army soldier.

After serving in the Marines, he enrolled at the University of Manila in the Philippines by using his G.I. bill benefits and he studied drama. "Apocalypse Now" was being filmed in the area and that's where Ermey had his first featured role in an acting career that spanned both film and television, according to his website.

"The real R. Lee Ermey was a family man, and a kind and gentle soul. He was generous to everyone around him. And, he especially cared deeply for others in need," Rogin said in a statement.

"Please support your men and women in uniform. That's what he wanted most of all."