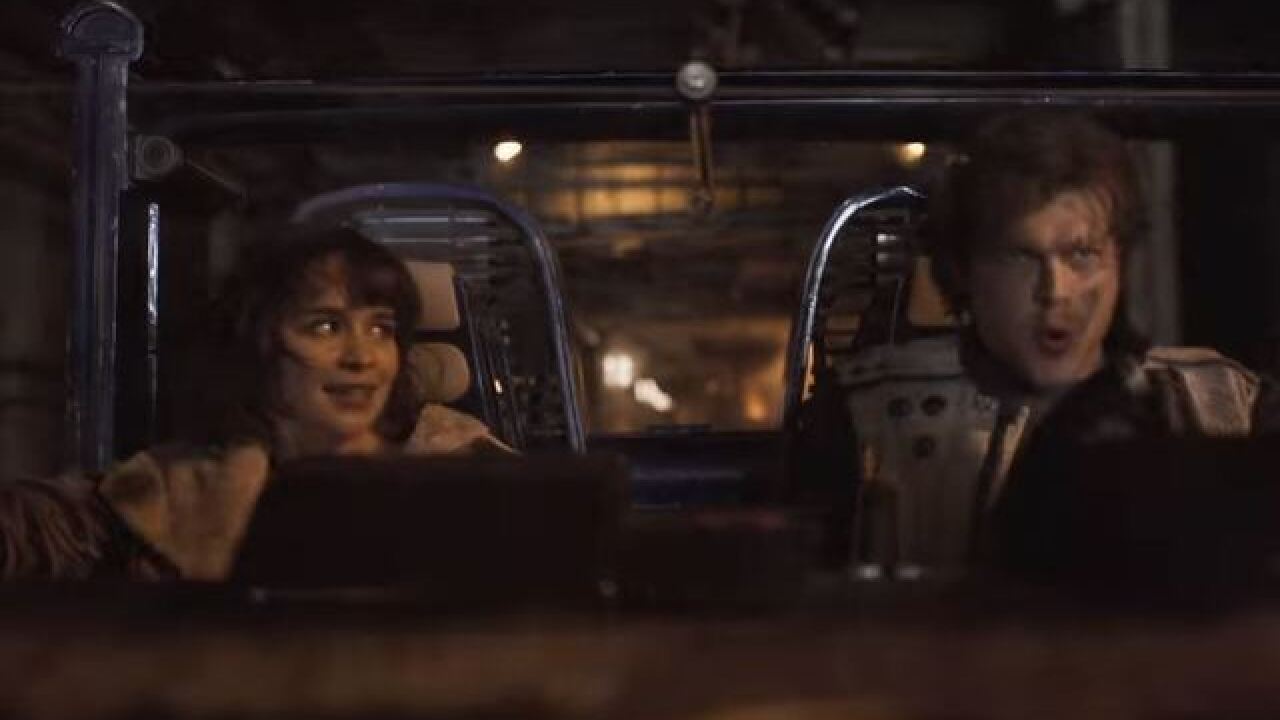 DISNEY
<p><span style="color: inherit; font-size: inherit;">Harrison Ford may be done playing iconic "Star Wars" character Han Solo, but there are still plenty of tales to tell about the character.</span></p>

Harrison Ford may be done playing iconic "Star Wars" character Han Solo, but there are still plenty of tales to tell about the character.

"Solo: A Star Wars Story," promises to give audiences a look at how the cocksure smuggler managed to make his way in the galaxy far, far away. Alden Ehrenreich stars as the brash rogue, Emilia Clarke plays his sassy love interest and Donald Glover is Han's equally wily pal, Lando.

The movie, which releases May 25, has something of a dark cloud hanging over it because of a tumultuous shoot. Ron Howard had to step in to replace directors Phil Lord and Chris Miller, who were fired in June.

The teaser trailer that played during the Super Bowl Sunday gave fans their first look at the characters in action. Fan service abounds, with Han's lucky dice and furry friend, Chewbacca, making appearances.

Take a look for yourself: