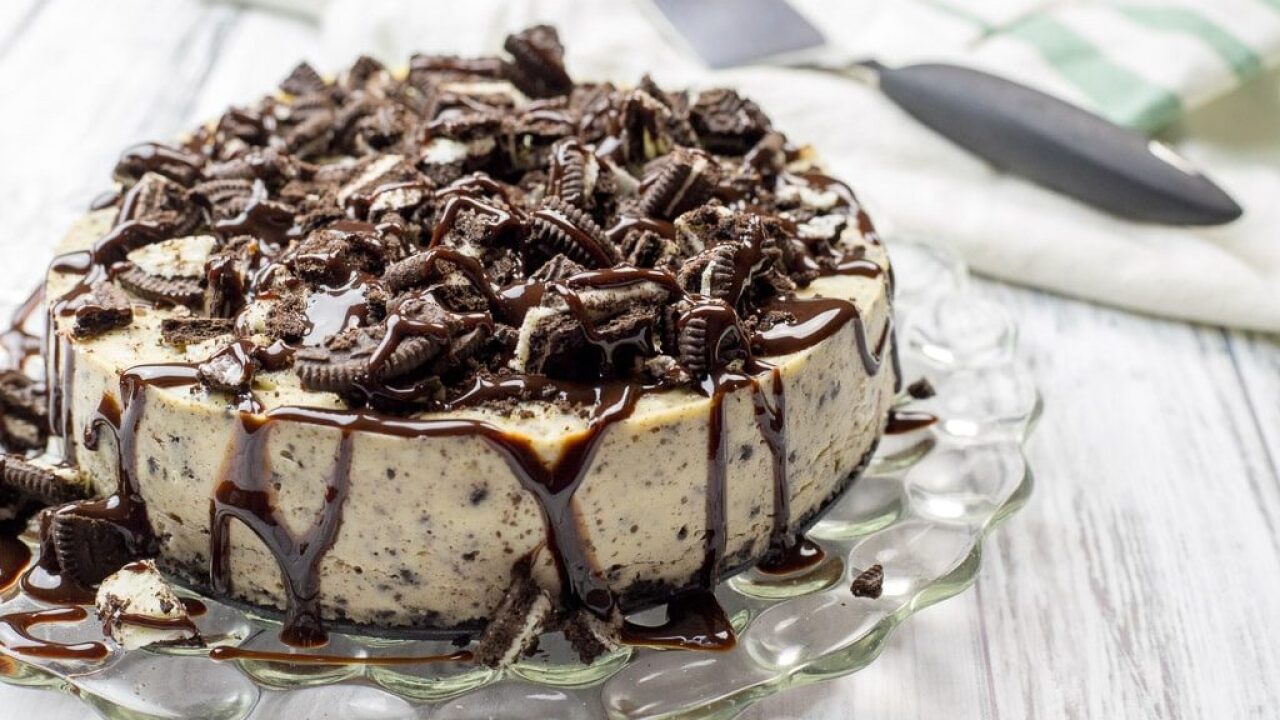 Low-lift desserts are always appreciated since dessert is supposed to feel like a treat and not a time-consuming task, right? Exactly!

For this reason (and because it’s absolutely delicious), you need this Instant Pot Oreo cheesecake recipe in your life. It requires very minimal effort outside of placing it in the Instant Pot and then chilling it in the refrigerator. So, the hardest part will be waiting to eat it.

This recipe from Cookbooks and Coffee walks you through the steps of making a totally gourmet-level cheesecake right in your Instant Pot. So, if you thought this appliance was only good for helping you make quick, easy dinners, you really are in for quite the treat. Because this recipe proves that dinner and side dishes aren’t it can do.

First, you’ll need your tools, including an Instant Pot, of course, but also a pan that will fit inside of it. According to Cookbooks and Coffee, a traditional spring-form pan won’t typically work, so you’ll have to get one that’s 7 inches around to fit inside of a 6- or 8-quart pressure cooker. You’ll also need an electric mixer for this recipe.

Once you’ve gotten those items, it’s time to let the dessert-making magic begin. Start by pressing a mixture of crushed Oreo cookies and butter along the bottom of the pan to form a crust.

Then, combine softened cream cheese, sugar, eggs, Oreo cookies and a few other ingredients using an electric mixer. Pour this over the crust in the pan and cover with foil.

Place this on top of the trivet in your instant pot, using foil to create a sling around the pan if your trivet doesn’t have handles. That way, you’ll be able to easily remove the pan once it’s ready to come out.

Cook in the instant pot for 35 minutes, then pull it out and let the cheesecake to cool on the counter. Placing it in the fridge to chill for at least 6 hours.

Once it’s nice and firm, top with more Oreos, chocolate and whipped cream. Then, serve it up. The cheesecake will serve six people (or yourself six times!):

Turns out, this isn’t the only decadent dessert you can make right in the Instant Pot, either.

There are also recipes for Instant Pot creme brulee and chocolate lava cake that can be served alongside ice cream made using an ice cream maker in your very own kitchen. So you can make some pretty fancy sweets with very little effort.

Get ready to impress your guests with these easy-to-make desserts. We won’t tell your Instant Pot secret if you don’t, you master chef, you.