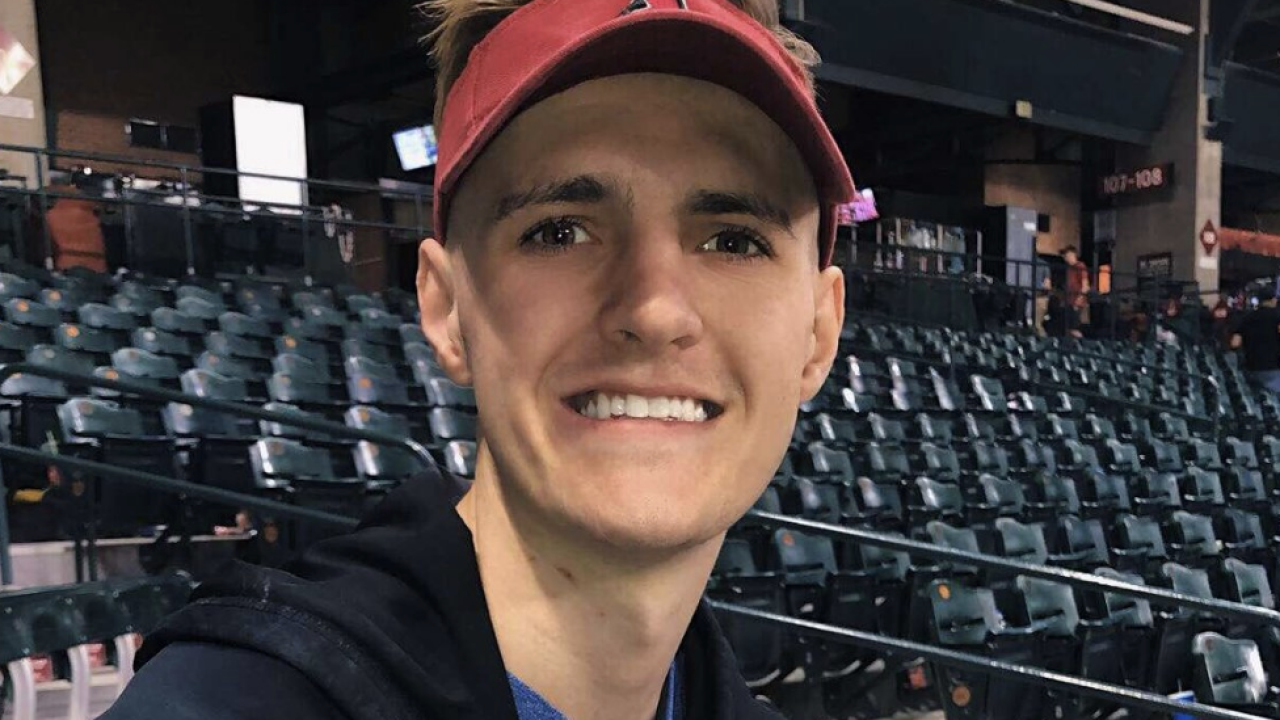 PHOENIX — It's been said to "not believe in miracles, but depend on them." For Alex Robertson, that miracle came in the bottom of the ninth inning at Tuesday's Arizona Diamondbacks game.

Robertson, attending the game for his birthday, wasn't just there for the baseball, but to honor his father who passed away last month from liver failure. It was a pastime the two shared for many years.

"I've been having such a hard time dealing with it," Robertson said. "We became best friends when my mom and him got divorced. We would watch the Diamondbacks and the Cardinals together all the time."

On Tuesday night, his dad provided one more wink to his son.

With Diamondbacks outfielder Jarrod Dyson up to bat and the game on the line, magic happened.

"He hit it and it kind of looked short," Robertson said.

As baseballs do, it ricocheted between fans and eventually ended up in the hands of the person who may have needed it most.

"I got my tickets, I was super hyped I got good seats, and someone was in my seats and I looked at my brother and said should we go get the bouncer. And my brother said, 'No it's fine let's just find new seats that are open.' And those new seats that we found were where we were when we caught the ball," Robertson said.

Robertson tweeted out the unbelievable moment, which immediately caught fire on social media.

went to a dbacks game because it was my dad's fav sport, he passed away on the 19th of last month & tonight on my 21st birthday I caught the game winning home run. this one's for you pops.❤️ pic.twitter.com/4QGO95Hg5E

"I almost started crying because it was such an emotional thing for me," he said. "One guy tweeted me, 'Dyson doesn't have a lot of power so I was wondering how he hit that ball out, after reading your tweet, now I know.' I wanted to cry then too."

"I'm gonna frame it and I'm gonna have to buy a Dyson jersey," Robertson said. "I know my dad is up there smiling for sure."

Dyson, who had never hit a walk off home run in this career, is in the process of signing the baseball and getting it back to Robertson.

Robertson says he's received countless condolence messages on Twitter from baseball fans all over the nation and says it's meant the world to him.