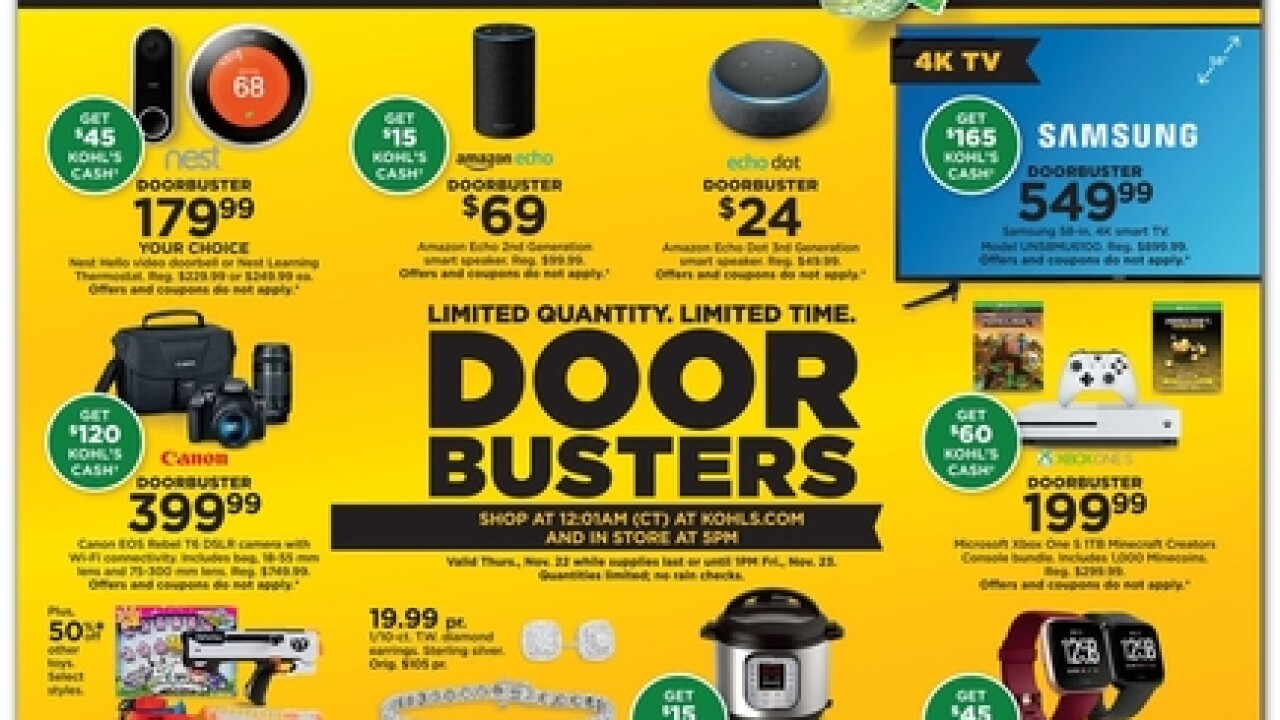 The first of the big department store Black Friday 2018 ads are out as we start the month of November.

Kohl's has just released its ad for Thanksgiving evening.

And like Best Buy, Target, and Walmart, it will open its doors Thursday afternoon.  Kohl's will open at 5 p.m., meaning if you want to grab the big doorbusters, you may have to skip the pumpkin pie once again this year.

While not offering as many electronics as Best Buy, or as many toys as Walmart off Target, Kohl's is a serious Black Friday competitor, especially since it offers extra Kohl's Cash rebates, and has a great selection of clothing and home goods.

The site BestBlackFriday.com analyzed the ad, and says the best deals include:

BestBlackFriday.com says additionally, shoppers can earn $15 in Kohl's Cash for every $50 spent Nov. 19-23.

The site says "Kohl's has one of the best overall sales when accounting for the free Kohl's Cash. "
As always, don't waste your money.

"Don't Waste Your Money" is a registered trademark of Scripps Media, Inc. ("Scripps").