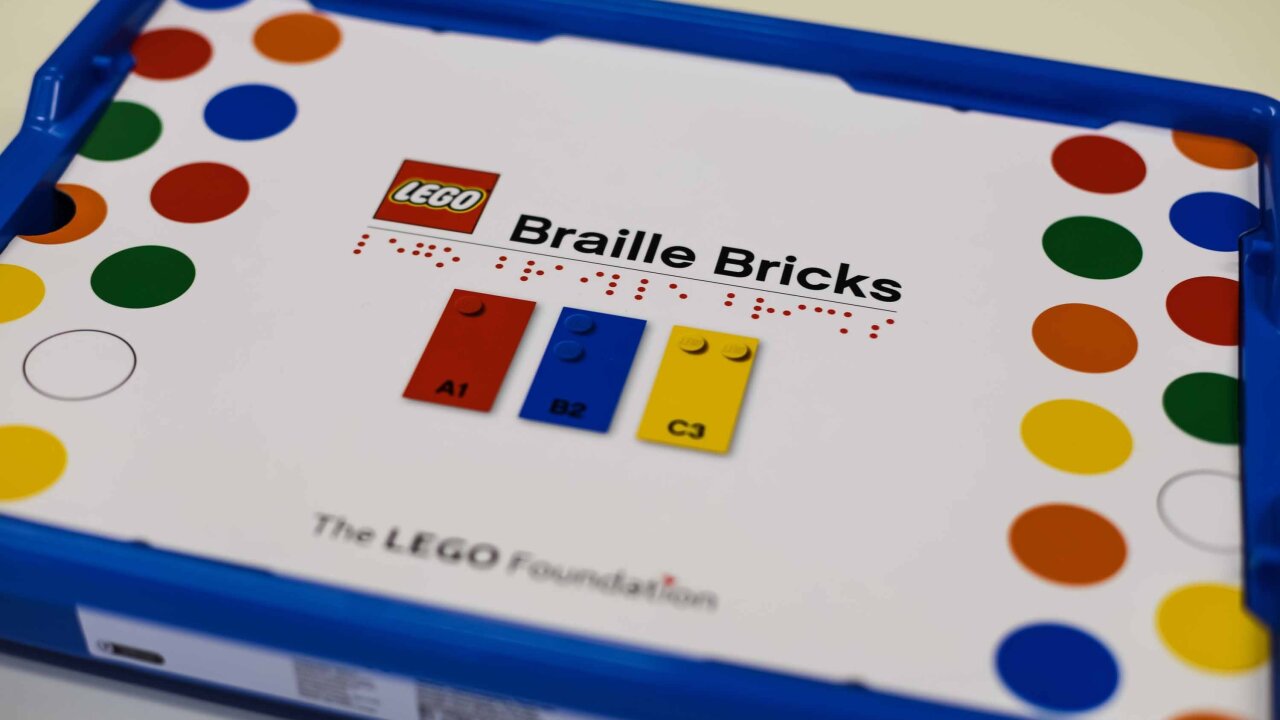 Lego has unveiled a new project aimed at helping blind and visually impaired children learn Braille in a "playful and engaging way." Lego Braille Bricks, a concept originally proposed to the toy company by two charities, will allow children to learn the touch writing system through play.

The bricks, which will launch fully in 2020, feature the studs used for characters in the Braille alphabet, as well as printed characters allowing sighted people to read the bricks. They will be "fully compatible" with existing Lego bricks, the company said in a press release.

The Danish Association of the Blind suggested the concept to the Lego Foundation in 2011, while the Dorina Nowill Foundation for the Blind, based in Brazil, proposed the bricks in 2017.

A spokesperson for Lego told CNN that the company had gone on to develop prototypes with both organizations, as well as the British charities Leonard Cheshire and Royal National Institute of Blind People, and the Norwegian Association of the Blind and Partially Sighted.

The final set will comprise approximately 250 bricks, covering the complete Braille alphabet, numbers from zero to nine, math symbols, as well as "inspiration for teaching and interactive games."

Braille Bricks are currently undergoing testing in schools in Portuguese, Danish, English and Norwegian, while Spanish, French and German versions will be tested later this year.

They will ultimately be distributed free of charge to institutions through the partner organisations.

Philippe Chazal, treasurer of the European Blind Union, said in a statement: "With thousands of audiobooks and computer programs now available, fewer kids are learning to read Braille."

"This is particularly critical when we know that Braille users often are more independent, have a higher level of education and better employment opportunities," Chazal continued. "We strongly believe Lego Braille Bricks can help boost the level of interest in learning Braille, so we're thrilled that the Lego Foundation is making it possible to further this concept and bring it to children around the world."

Only 10% of visually impaired children in the US are now learning to read Braille, a 2009 study from the National Federation of the Blind found. According to the Royal National Institute of Blind People (RNIB), 1,077 children in England were learning Braille in 2017, out of an estimated 21,900 visually impaired children in the country -- just under 5%. However, the real figure is likely to be higher, an RNIB spokesperson explained, as there is no official register for Braille learners.

David Clarke, director of services at the RNIB, said in a statement that the bricks would "improve education for children with vision impairment and encourage inclusion."

"Thanks to this innovation, children with vision impairment will be able to learn braille and interact with their friends and classmates in a fun way, using play to encourage creativity while learning to read and write," Clarke added.

Morten Bonde, the senior art director for the Lego Group who is losing his sight to a genetic eye disorder, said in a statement: "Experiencing reactions from both students and teachers to Lego Braille Bricks has been hugely inspirational and reminded me that the only limitations I will meet in life are those I create in my mind."

"I am moved to see the impact this product has on developing blind and visually impaired children's academic confidence and curiosity already in its infant days," Bonde said.