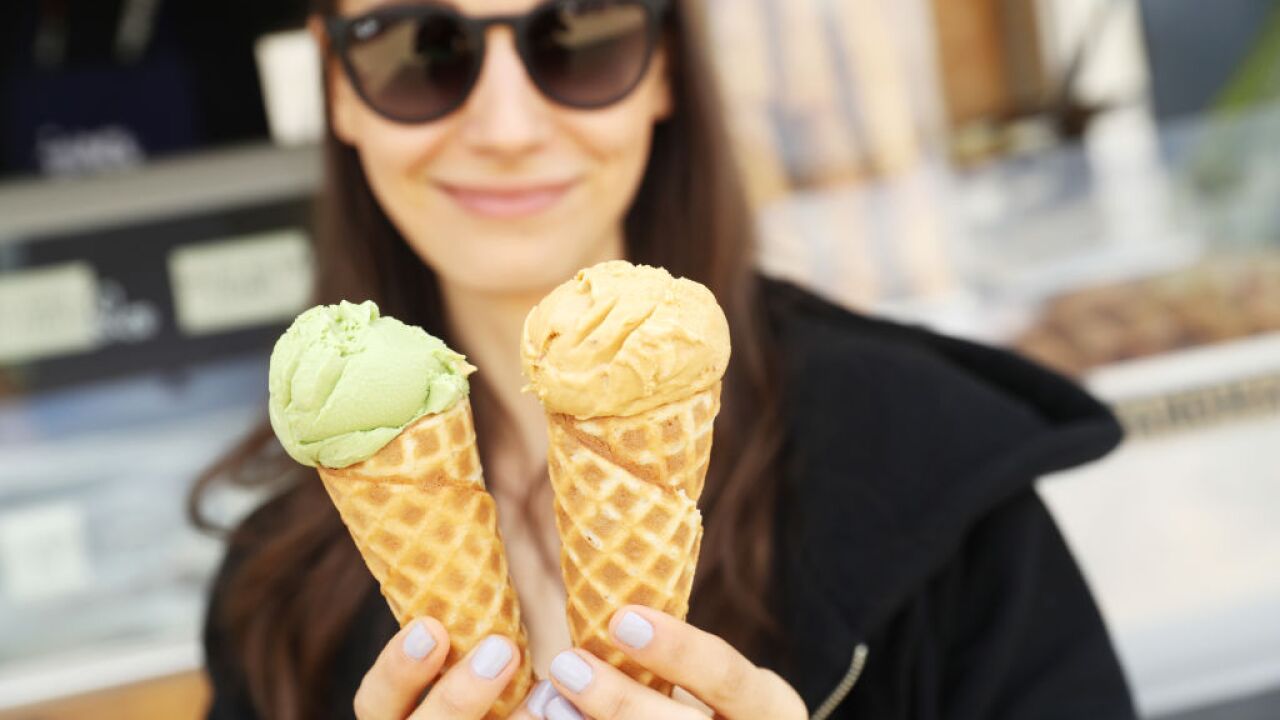 I scream, you scream -- well, you know the rest.

Americans will have an excuse Sunday to dig into their favorite flavors of ice cream, as the country celebrates National Ice Cream Day.

We've got the scoop on all your biggest ice cream-related questions, including where to score a free cone.

Where did ice cream come from?

Our love for ice cream goes way, way back. Thousands of years ago, people around the world figured out that cold + sweet = a delicious combo.

Records show that some of history's most famous leaders enjoyed cold treats , from Roman Emperor Nero to Alexander the Great. Even King Solomon was fond of "a snow-cooled drink at harvest time," according to some Bible translations .

Historians believe the ancient Chinese were the first to develop a cool, creamy treat that resembles the ice cream we enjoy today. In the 1500's, ice cream started to spread through Europe, though at first only rich aristocrats could afford it.

No one knows for sure when ice cream made its way to the US, but at least a few founding fathers were fans.

Thomas Jefferson wrote down 18-step instructions for a special ice cream concoction, which is the first known ice cream recipe recorded by an American. And George Washington reportedly dished out $200 in a single summer to get his frosty fix. In today's dollars, that's a lot of money.

The timing couldn't have been more perfect, as new technologies made it easier than ever to manufacture and cool ice cream.

As a result, ice cream's popularity soared in the 19th and 20th centuries.

Frosty ice cream was enjoyed by all types of people throughout the country. In fact, it was served to new immigrants on Ellis Island and even US soldiers during World War II.

When did the US create National Ice Cream Day?

Thanks to President Ronald Reagan, National Ice Cream Day is a legit holiday.

The proclamation -- number 5219 , to be exact -- describes ice cream as "a nutritious and wholesome food, enjoyed by over 90 percent of the people in the United States."

Although we can't vouch for his stats, it does sound pretty accurate. Right?

How much ice cream do Americans consume?

Today, the average American consumes more than 20 pounds of ice cream each year, according to the International Dairy Foods Association.

If you think that's a lot of ice cream, multiply it by 329 million Americans.

What's the most popular flavor of ice cream in the US?

That's not all. You can get your ice cream nitrogen-blasted, hand-rolled or charcoal-infused.

Ice cream can even be made without the help of cows. Biotech company Perfect Day debuted a lab-grown dairy ice cream that uses genetic engineering to recreate the proteins usually found in cow's milk.

Still, the top flavor in the US? Plain old vanilla, according to the International Dairy Foods Association .

Where can I score some sweet deals this weekend?

Baskin-Robbins and Cold Stone Creamery will also give out free or discounted cones to shoppers who download their mobile apps.

For those who want to enjoy ice cream in the comfort of their own homes, delivery app goPuff will include a free pint of Ben and Jerry's for orders of at least $20.

Not into ice cream? Nekter Juice Bar and Yogurtland are offering BOGO deals on their ice cream-adjacent frozen desserts.

Even your four-legged friends can join in the fun: PetSmart is offering free servings of dog-friendly ice cream, complete with a biscuit on top.

So this weekend, don't think of your sweet tooth as a guilty pleasure, but as a patriotic duty. (Just please, keep your tongues to your own desserts.)