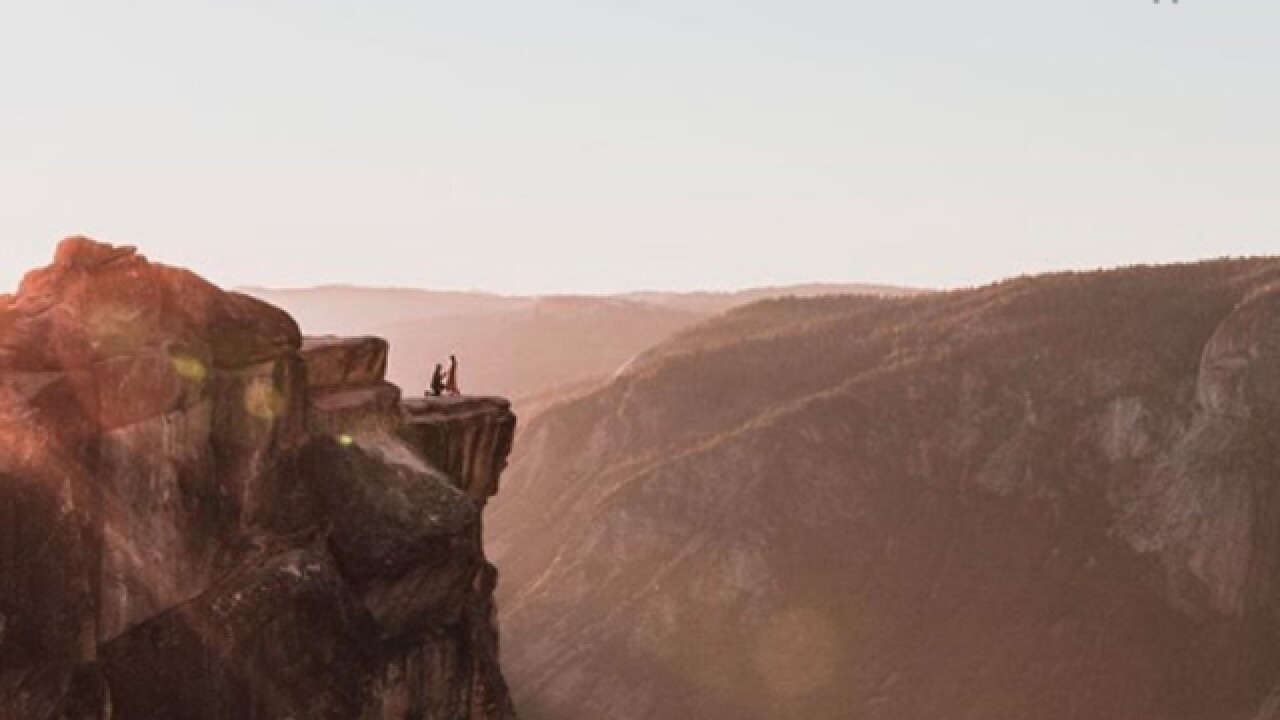 Copyright 2018 Scripps Media, Inc. All rights reserved. This material may not be published, broadcast, rewritten, or redistributed.
Matt Dippel - Instagram.com/gorgeouscornchip

The couple seen in the middle of a wedding proposal atop a Yosemite overlook has finally been found.

Matthew Dippel, the photographer who captured the amazing shot of the couple earlier this month, posted on Facebook that he had found the mystery couple .

"Everyone meet, Charlie Bear and his fiancé Melissa the happy happy couple that was out on the point in my Taft Point Proposal," Dippel posted online. "In short, I captured the second proposal, the more special and official one in Charlie’s words. Huge congratulations to you two."

The couple became the subject of an internet hunt after the photo of the two, silhouetted against rays of sun breaking through clouds while at the edge of Yosemite's Taft Point, went viral.

Dippel had said he was just about to take a photo of his friend when the couple walked out, according to  YourCentralValley.com .