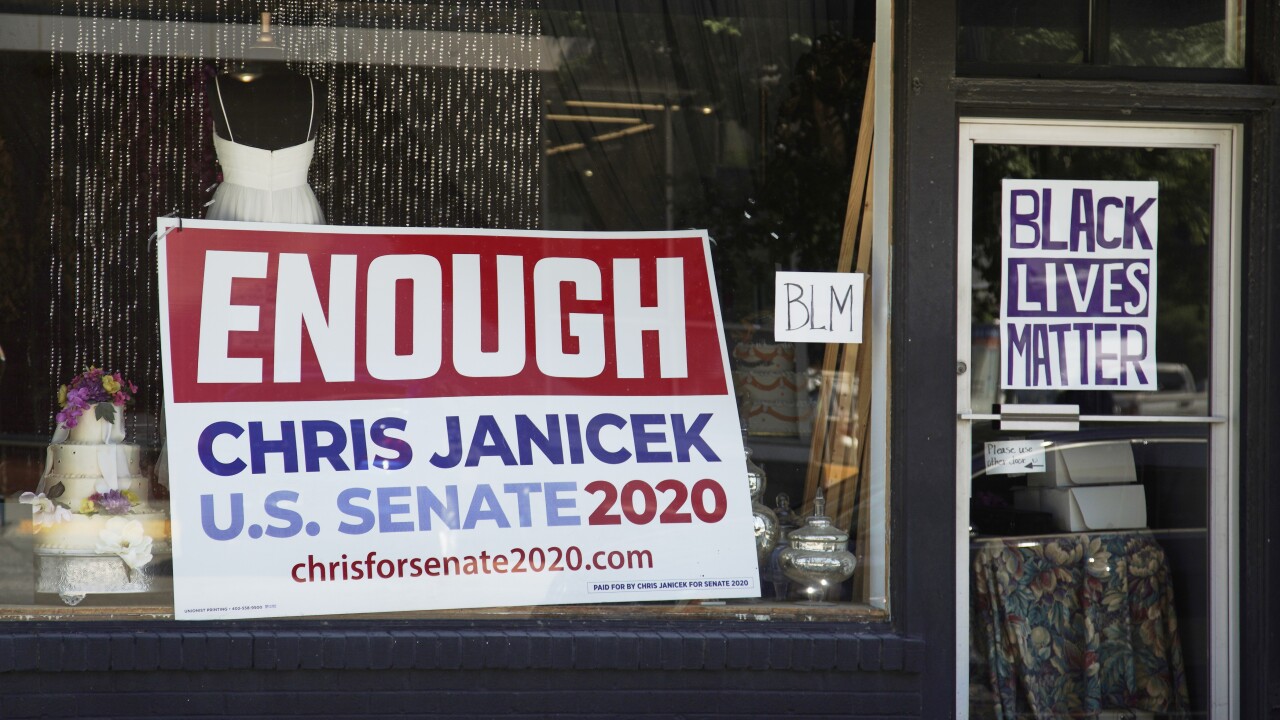 Nati Harnik/AP
An election sign for Democratic Senate candidate Chris Janicek is seen in Omaha, Neb., Tuesday, June 16, 2020. The Nebraska Democratic Party is calling on its U.S. Senate nominee to drop out of the race after he made sexually repugnant comments about a campaign staffer in a group text with her and other staffers. The party says its state executive committee voted unanimously on Monday to withdraw all of its resources from Chris Janicek's campaign. (AP Photo/Nati Harnik)

LINCOLN, Neb. (AP) — Nebraska Democrats have endorsed a new U.S. Senate candidate in hopes of pressuring their current nominee to drop out of the race after he sent sexually offensive text messages to a campaign staffer.

Janicek has refused to resign from the race, and state law bars the party from removing him as their nominee without his consent. If Janicek doesn’t withdraw by Sept. 1, his name will remain on the ballot as the party’s nominee in November.