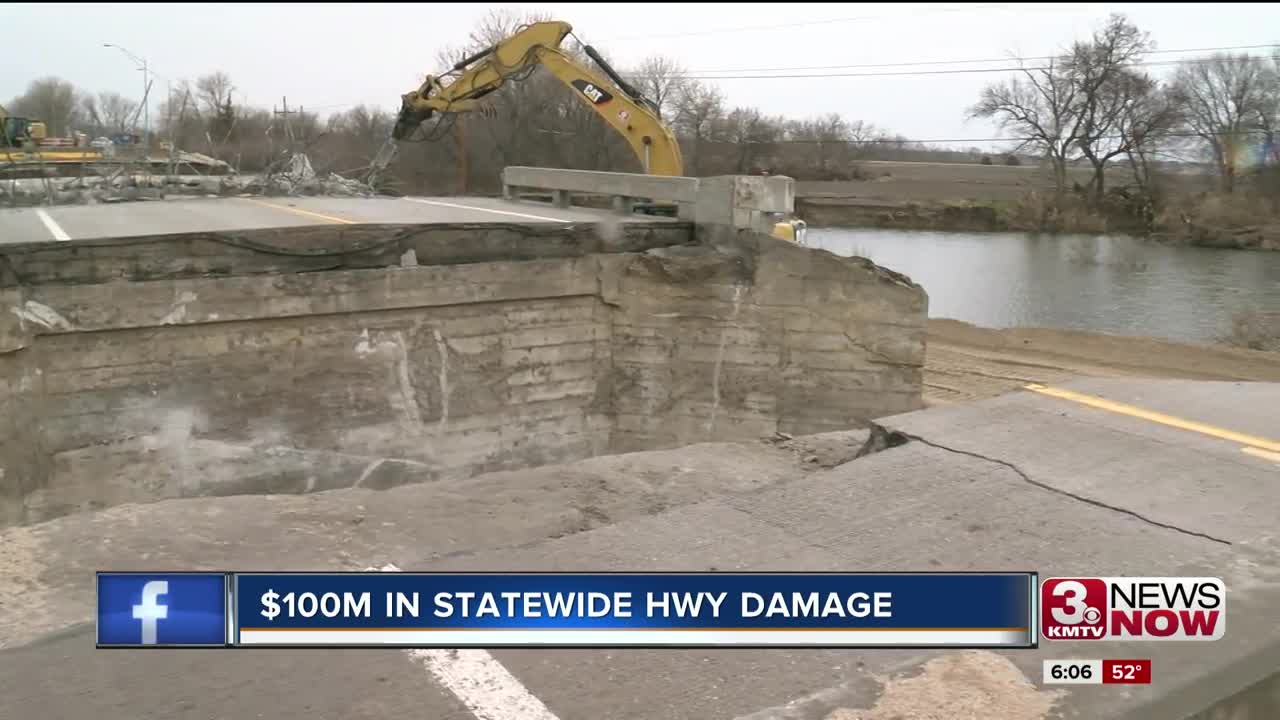 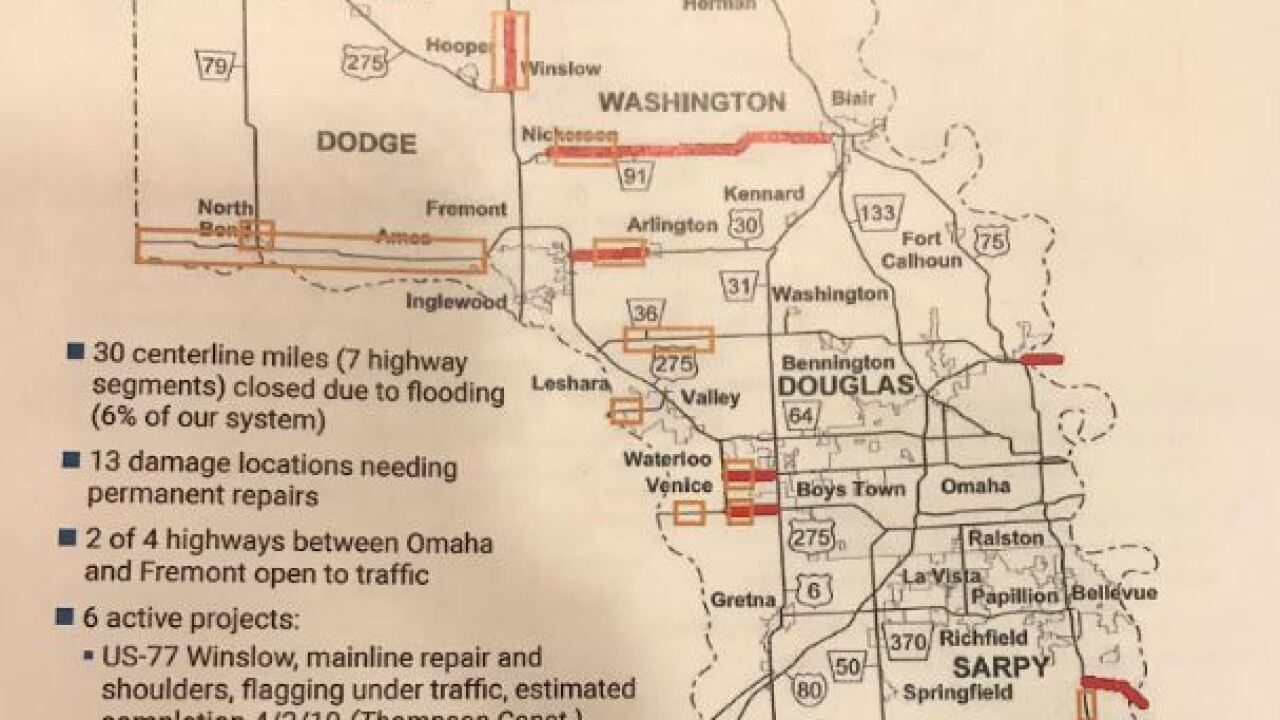 OMAHA, Neb. (KMTV) -- — Emergency repairs continue on some of Nebraska's most traveled highways because of the floods.

The Nebraska Department of Transportation says currently there are 30 miles of roads that are still closed in Dodge, Washington, Douglas, Sarpy, and Cass Counties. It will cost an estimated $100 million to repair highways state-wide including $20 million in the District 2 counties.

West Center Rd. won't open until mid-July at the earliest, and West Dodge Rd. could be ready by the end of June. NDOT says West Maple Rd. being ok for drivers was critically important.

“We were absolutely delighted. Again, we assumed we were going to have the same damage on West Maple that we had on Dodge and we didn't know how we were going to get anything open quickly and get Fremont back in service," said Tim Weander, NDOT District 2 Engineer.

NDOT hopes that all money spent on emergency road repairs will be reimbursed by the federal government.

They add Highway 34 in Sarpy County at the Missouri River is still a concern because of the unsettled ground. It's up to Iowa to decide when that could open.