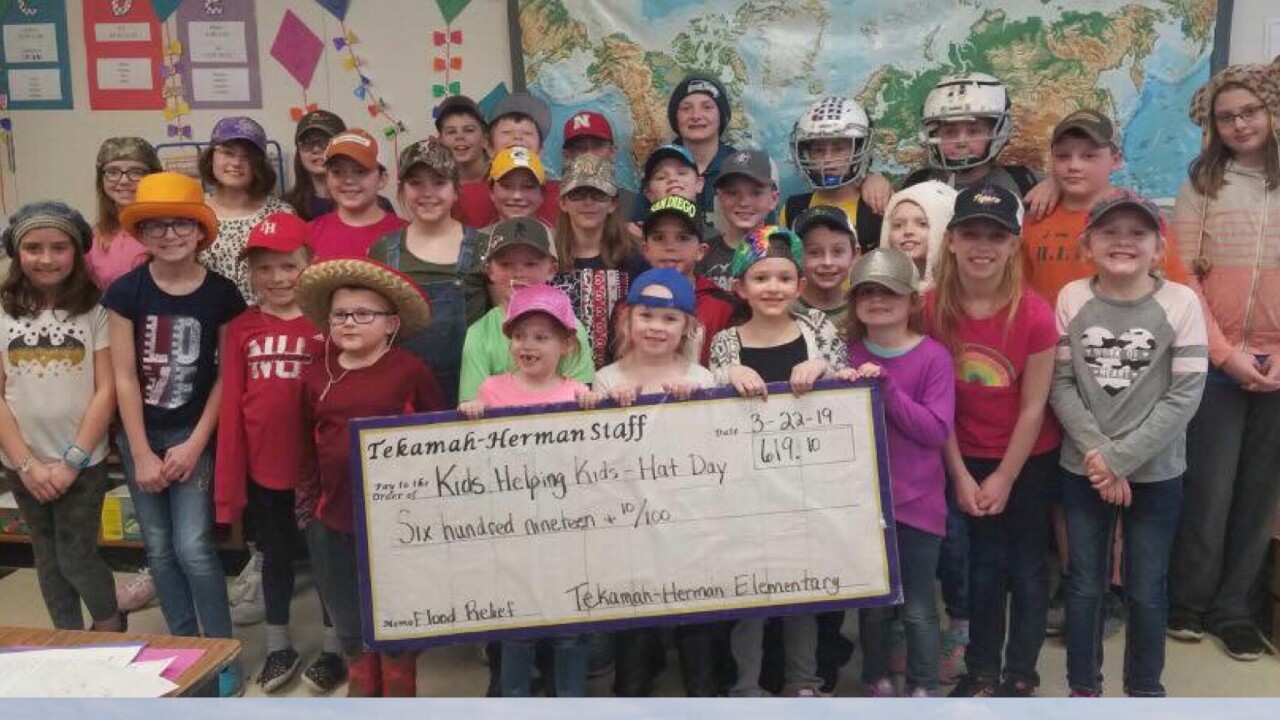 OMAHA, Neb. (KMTV) — Back when the floods hit, children's author and Fremont resident Julia Cook felt the need to do something in support of the town she calls home. Thanks to a nation-wide campaign, she and elementary students around the country will be providing relief to children in need.

It's all thanks to Cook's "Kids Helping Kids - Wear a Hat for Fremont Day" which started as a Facebook campaign.

The idea was simple. Kids at participating schools could pay $1 to wear a hat and in doing so, help support and learn about others in need.

“All this is possible because the kids in this country really do care about each other,” says Cook.

In time, it caught on around the country with 83 schools participating, including one here in the Metro.

“We were already planning a fundraising campaign and looking for a cause. When I saw Julia’s post, I knew we’d found it,” said Papillion Patriot Elementary Counselor Katie Boyle, who, along with teachers Jenna Wiest and Melissa Nelson,helped her students expand the campaign into a week-long event.

With that, the children of Fremont will get:

· One thousand “comfort kits,” each filled with a teddy bear, pens, pencils, a notebook and a book by Cook donated by a Nebraska bank

“The flood hit our poverty areas the worst, so these kids didn’t have a lot to begin with. We can’t replace everything they lost in the flood, but we can provide them some comfort items to give them hope,” said Shawn Shanahan, executive director of Fremont’s United Way, who is supervising volunteer efforts to distribute the supplies.