Back in business after the flood in Valley, Nebraska 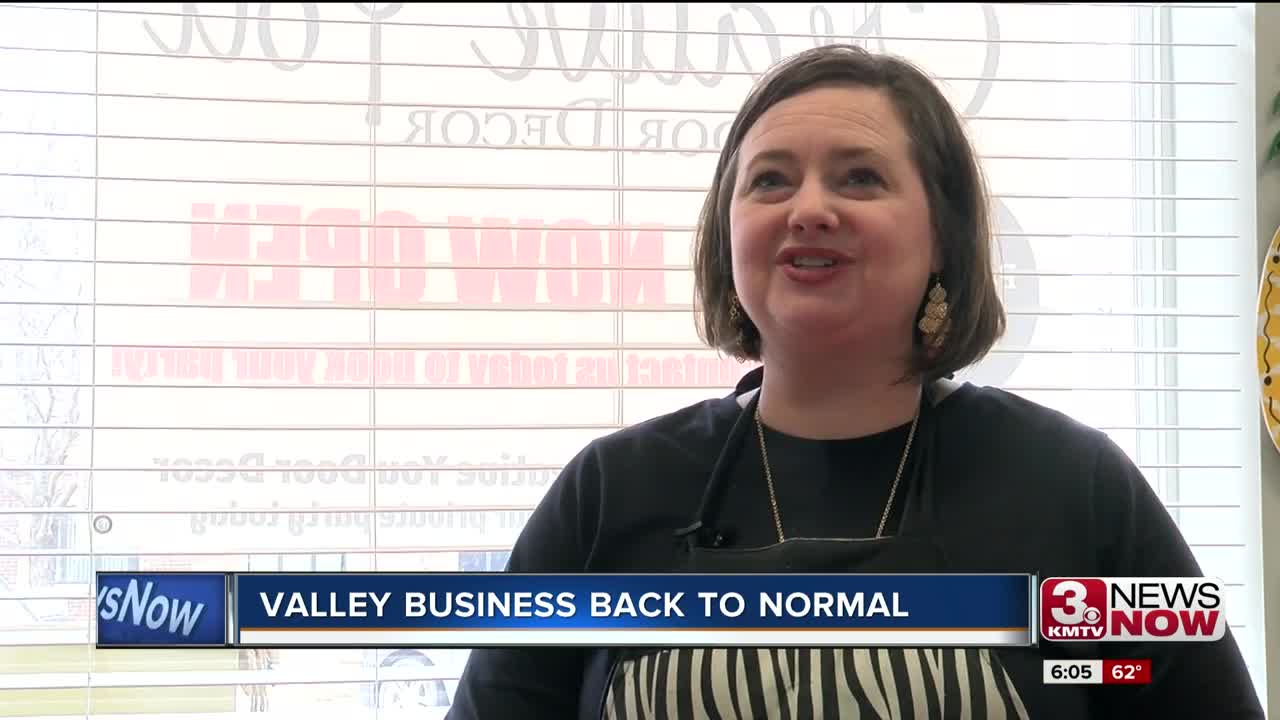 OMAHA, Neb. (KMTV) — In Valley, roads are cut off, homes and buildings are underwater, fields are flooded. People throughout Western Douglas County are still dealing with the aftermath of the flood.

Some people have spent days worried about whether they can salvage their livelihood.

Many businesses are finally taking a look at the damages.

Nebraska pride after devastating floods...Angela Davidson makes #Nebraskastrong signs as a fundraiser. For over a week, she wasn’t able to get into her downtown business.

“There was about a foot of water on the outside of the door of this building.”

She’s still drying out but says, downtown is starting to feel like downtown again.

“Everybody’s just glad that we’re in the cleanup stages and trying to put one foot in front of the other.”

The Union Dike breach pushed water throughout Valley, and even the southeast side of town wasn’t immune to floodwaters.

“A lot of it’s just drying everything out you know. “

Steve Radin, Owner of New Finish Collision, Repair had enough notice to empty his storage building and get things to higher ground at his repair shop. He watched his surveillance cameras as water rose almost a foot during the night...moving tires and empty drums.

“When I seen it floating around in the building next door I kind of knew it was deep.”

Davidson and Radin say it could've been a lot worse for their businesses.

“I’m glad I had at least a little bit of notice to get everything out of the building just for the simple reason you didn’t know how high it was coming. Other people weren’t as lucky as I was.”