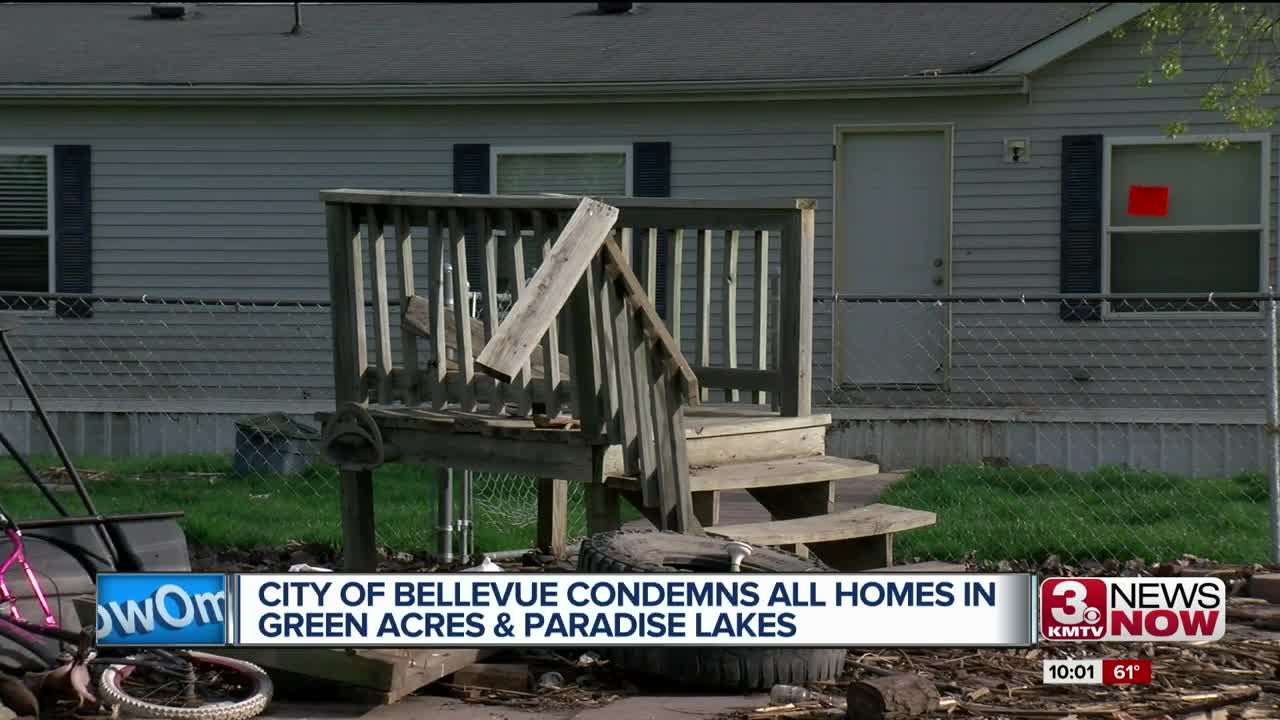 Residents in Bellevue whose homes are deemed unsafe for human occupancy due to floods will soon receive a letter from the city. 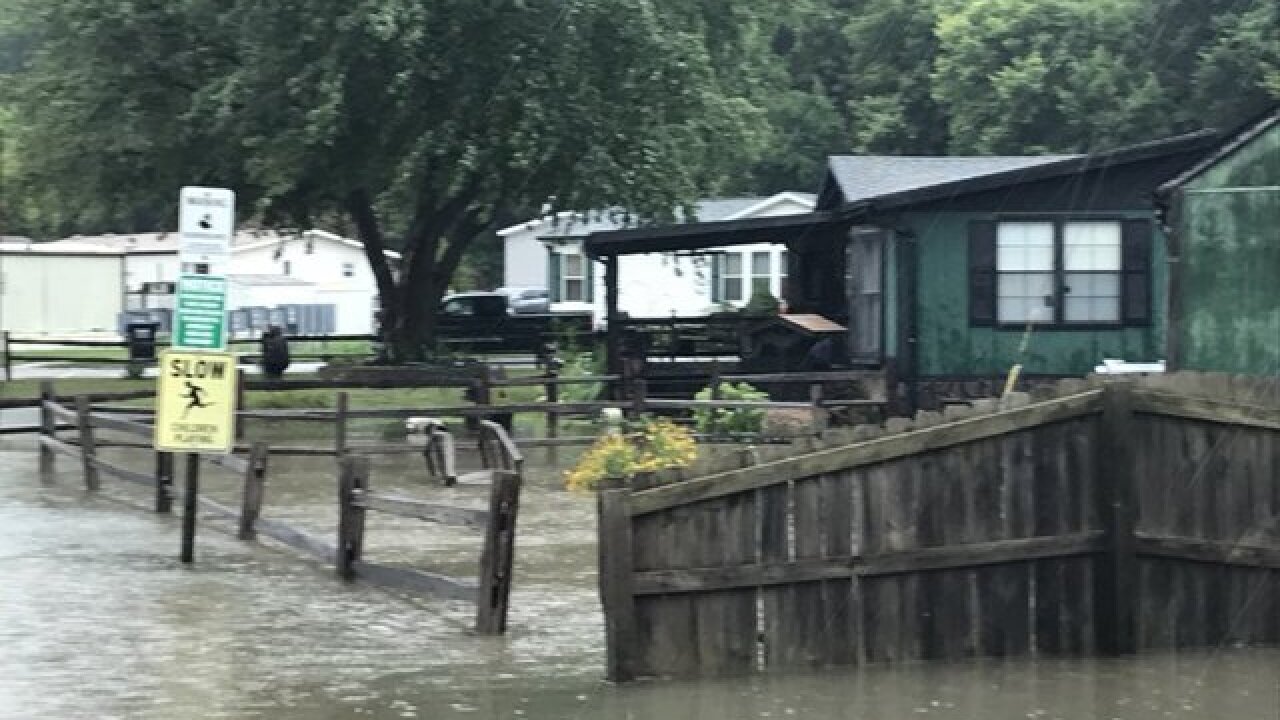 BELLEVUE, Neb. (KMTV) — The city of Bellevue told people in Paradise Lakes and Green Acres Tuesday they have ten days to make a plan with the city on what they're going to do to demolish their water-logged and condemned homes.

"We're unfortunately at that point where they have to be demolished and we have to get rid of them. If we don't it's going to be a safety hazard at some point,” says Andy Jashinke, Bellevue Police Department.

People in Green Acres apparently don't have much to worry about. Strive Communities, the property management company for Green Acres told them they'll cover demolition costs.

" I think they just did it out of the kindness of their hearts,” says Gerald Simpson, Green Acres resident.

Over in Paradise Lakes,if they can't pay right away, the matter will go to the city council to issue a demolition order. If anyone still can't afford demolition, it'll be up to Bellevue taxpayers to pick up that cost.

"They would a place a lien on the land, let's say the land went up for sale at some point, then in order for that land to be sold, somebody would have to pay that amount of money,” says Jashinske.

For Gerald Simpson, it has been one nightmare after another. He lost his Green Acres house and now he says it has been tough finding a new place to live.

"Houses are going so quickly, because there's so many people displaced," says Simpson.

Right now, he's got his eye on a house in Bellevue. A federal loan will help him pay for it. He's hoping his dream will come true soon.

"I'm getting too old for this stuff,” says Simpson.

As for the rest of the homes near the river, Jashinske says there's no timeline for all the homes to go, but the sooner the better.

“The big thing is we don't want it turning into a huge public health crisis where it turning into this big mold pit where mold is going to be sent down wind from that area,” says Jashinske.

Bellevue continues to monitor the conditions of homes affected and will provide further updates as they are available.