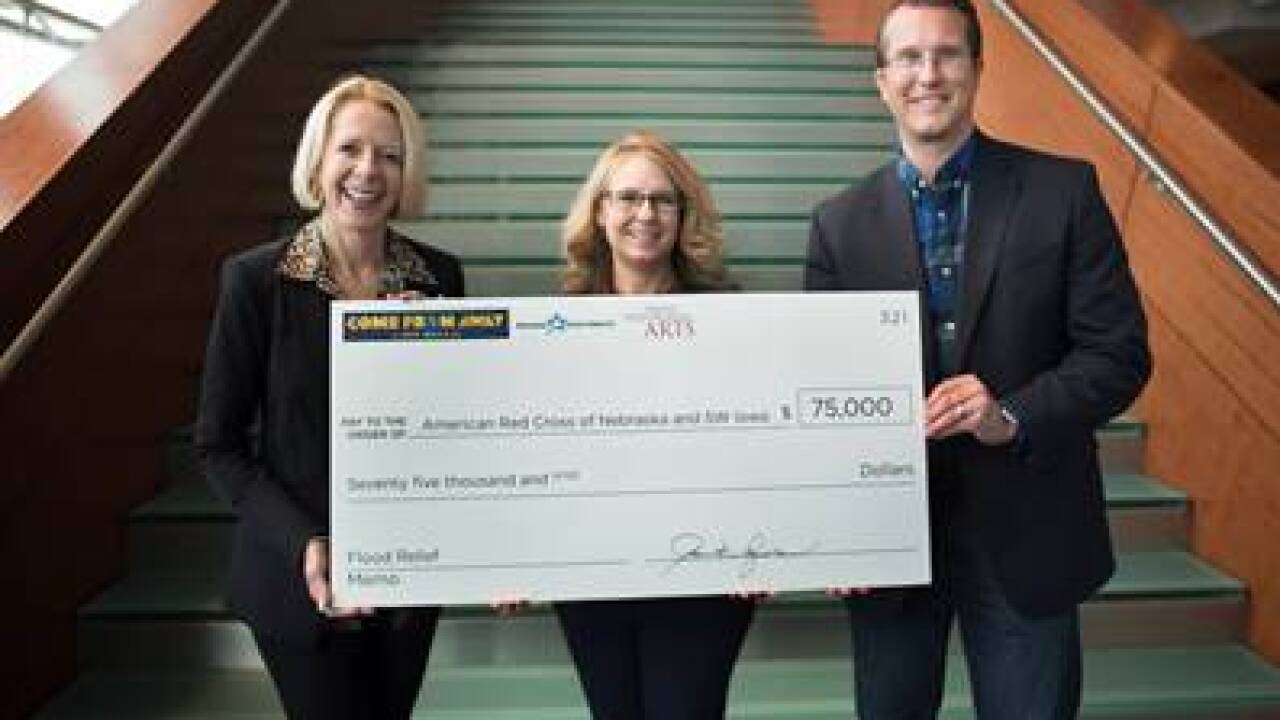 They say, "The producers of COME FROM AWAY, Omaha Performing Arts, and Broadway Across America, along with audience members who attended the show are donating $75,000 for flood relief to the American Red Cross of Nebraska and Southwest Iowa."

It was all made possible thanks to a group effort.

"The producers and company of COME FROM AWAY reached out to Omaha Performing Arts asking to help communities affected by flooding earlier this month. The Producers donated $1 for each ticket sold during the show’s Omaha performances March 27-31 at the Orpheum Theater. Omaha Performing Arts and its national presenting partner, Broadway Across America, matched the $1 donation. Cast and crew also collected audience donations following performances."

They also said much of the donated sum of $75,000 is a testament to the generosity of people who attended the shows.

“Our audience members contributed more than $40,000. That generous amount speaks to the profound kindness of those living in our region,” said Omaha Performing Arts President Joan Squires. “Given the show’s message and themes, this was a most appropriate effort. We are grateful to COME FROM AWAY and Broadway Across America for their generous donations.”